Congress Should Do Heavy Lifting on Taxes, Trade and More 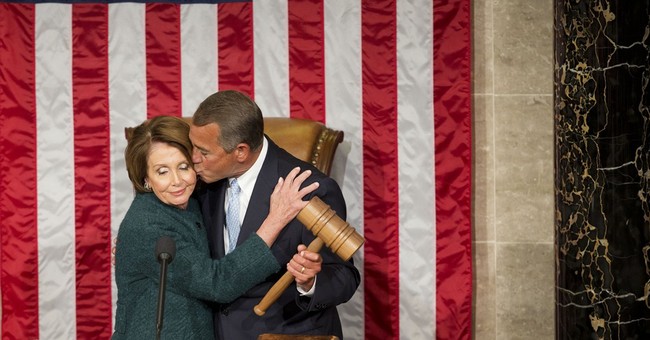 It was one thing to get elected but it will be another for the Republican Congress to work with a president best known for his imperious style and a hard left agenda.

Still in the most recent round of budget negotiations, President Obama did accept modifications to the bank regulations imposed by Dodd-Frank, and other opportunities for compromise abound to make America more prosperous.

Cities are growing faster than the suburbs, because young professionals in information technology, media and other knowledge-driven industries prefer shorter commutes and urban amenities. However, limited government budgets to rebuild overtaxed roads and transit systems are slowing urban growth.

The "prevailing wage" provision of the Davis-Bacon Act generally requires excessively-high union wages and burdensome work rules on federally assisted projects. No matter those grossly inflate construction costs and reduce the number of projects completed each year—and organized labor represents a much diminished share of an increasingly educated workforce.

The Highway Trust Fund, which finances most federal contributions to road and rail spending, is underfunded, because the gasoline tax was last raised to 18.4 cents per gallon in 1997.

Raising the fuel levy is unpopular but remains the fairest way to finance transportation projects. An alternative fee on each mile driven, favored by many industry experts, would penalize folks choosing fuel efficient cars over those driving gas guzzling, carbon-loading SUVs and trucks—not exactly an environmentally friendly policy.

The GOP leadership should get behind a bill that adjusts the gas tax in line with inflation to 31 cents, mostly focuses the additional money on urban needs and repeals Davis-Bacon.

Obama won't like gutting a law bestowing special privileges on unions, but he could make a big deal about creating new construction jobs and improving the quality of life for young voters who want more livable cities. In the new Washington calculus of divided government, he's going to have pay something to get what he likes most—more taxes and government spending.

The president wants congress to grant him "fast track" authority to negotiate a trans-pacific free trade agreement that includes Japan, Malaysia, Mexico and eight other partners. This would require both the House and Senate to vote up or down on the pact, with only minimal latitude to amend whatever deal the president's negotiators bring home.

Virtually all major trade agreements for the last two generations have passed this way, but many have not turned out well. Thanks to currency manipulation and other practices that afford unfair subsidies to imports from China, Japan and elsewhere, the U.S. has a $500 billion dollar trade deficit—that costs Americans about 4 million jobs.

U.S. corporate tax rates are much higher than those in other countries—though many businesses manage to pay quite low taxes thanks to special breaks. The burdens and complexity of the tax law encourage many firms to move production, headquarters and jobs offshore.

The GOP would like to end some special tax breaks and lower corporate taxes overall. The president would like to use the revenue gained from closing loopholes to finance additional social programs.

Perhaps, it would be best to compromise by junking the corporate tax altogether and replacing it with a value added tax on all businesses. With no special treatment for any enterprise, that would allocate business investment to projects with the most promising potential to boost growth and jobs, not those with the most expensive Washington lobbyists.

None of this would be easy for the GOP leadership or the president, but Americans give them good salaries, nice offices and great perks. It's about time they did some heavy lifting to make Americans better off, instead of just beating their breasts and exercising their lungs.

Meltdown City: Dems Threaten to ‘Burn It Down’ After RBG News, One Drinks on Live TV After McConnell Statement
Redstate
Will RBG’s passing impact the election all that much?
Hotair