Even at Record Levels, Stocks Have Plenty More Room to Rise 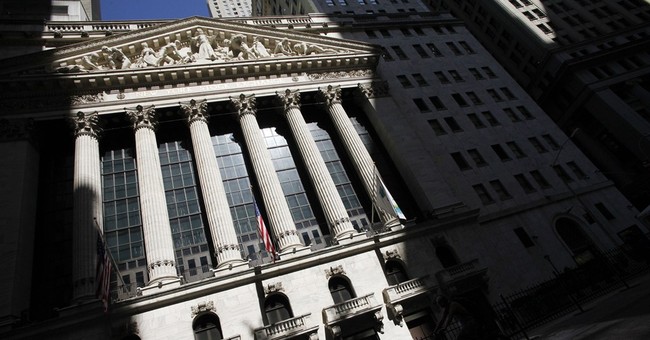 Stocks may be trading near record levels, but the bull market still has plenty of room to run. Changes in technology and the economy that permit businesses to use capital far more efficiently will likely drive equities much higher.

In the industrial era, Henry Ford had a great idea—an inexpensive assembly line vehicle—but needed vast amounts of capital and decades to erect factories and dealerships to build out its full potential.

Google used the free internet to convert its novel search engine into a global company on an initial investment of $25 million. In 2004, just six years after it was founded, its search engine was available on computers worldwide and its stock was worth $23 billion—a 900 percent return.

Henry Ford got rich but hardly as rich or as quickly as Google founders Larry Page and Sergey Brin because in the digital era, ideas are worth so much more than machines.

In the digital economy, innovators don’t need a lot of money to create a valuable new company, and even old line industrial firms can use factories, manage supply chains and service products far more efficiently and need less cash to grow.

Consequently, big U.S. companies are flush with billions in cash and too few opportunities to deploy it. Along with individual investors, they bid up prices for young companies, whose owners are looking to cash in on their initial success, and pay huge sums for IPOs of firms like Twitter and Facebook. And many big companies have bought back large blocks of their own stock.

Taken together, those pushed stocks to record levels and drove down yields on dividend paying stocks and the interest paid on bonds and bank CDs.

Investors are fearful that when the Federal Reserve ends altogether purchases of Treasury and mortgage backed securities in October and tries to push up the rates banks pay for overnight loans in 2015, interest rates on bonds and CDs will zoom, causing investors to flee stocks.

As the Fed acts, those rates may rise a bit but not nearly as much as history might indicate and investors fear, because sound businesses are not so hungry to borrow in the digital era as they were in the industrial era to finance expansion.

And with turmoil in the Middle East, European banks and governments still troubled and China hardly a secure place to invest in securities, the United States remains the safe haven for investors.

The Standard and Poor’s 500 Index, which encompasses about four-fifths of U.S. publicly traded equities and America’s biggest companies, is trading at about 1965 with a price-earnings ratio of about 19.50. Over the past 25 years, its P/E ratio has averaged 18.90, and when the index crossed the 1000 threshold in 1998, the P/E ratio was about 25.

Simply as measured against company profits and history, stocks are not overvalued, and given how efficiently the digital economy can create wealth out of investors’ cash, stocks are likely much undervalued.

A P/E ratio approaching 25, which would be consistent with somewhat higher but not radically higher interest rates as the Fed tightens monetary policy, would put the S&P index at about 2500.

My basic advice for ordinary investors remains: each month aim to put about 10 percent of your income in an S&P index fund and you will ride growth in the global economy quite nicely. As retirement approaches, gradually move half your holdings into cash—for example, by gradually purchasing Treasury securities of varying maturities to meet your anticipated liquidity needs.

Not a glamorous strategy, and one that requires folks to endure the ups and downs inevitable to the stock market, but it is a strategy that places confidence in the durability of American capitalism and its largest most successful companies.