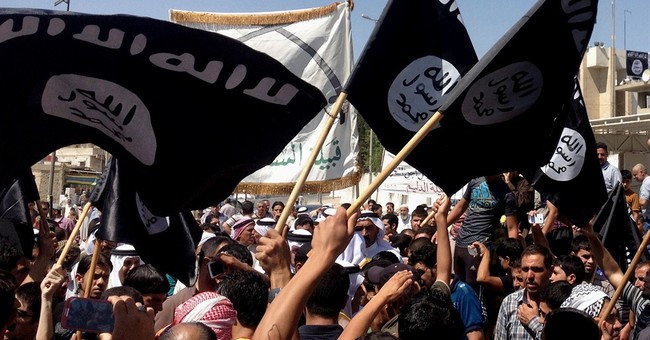 Russia is pushing into the Ukraine and threatening Eastern Europe, China is bullying Japan, the Philippines and Vietnam in the East and South China seas, and terrorist groups in the Middle East and Africa can be displaced in one place only to multiply and create more lethal threats in others.

Since the end of the Cold War, both Democratic and Republican administrations have in varying measure premised policy on the notion that economic incentives and other soft power can cultivate peaceable democracies throughout the world and friendly societies adhering to Western liberal values.

The United States and Western Europe have offered China, Russia and developing countries access to markets, investment, foreign aid and technical cooperation but in many venues, those have yielded few results other than to finance threats to our common security.

China remains an authoritarian regime led by an oligarchy—the Communist Party—with a poor human rights record. Its superior economic performance, greatly assisted by trade with the United States, and the material gains enjoyed by its citizens virtually ensures the party’s continued grip on power. However, Beijing sees American influence in the western Pacific as a threat and is actively challenging U.S. naval superiority.

Vladimir Putin and his loose coalition of oligarchs appear more interested in restoring lost empire and amassing wealth at the top than genuinely improving the lot of ordinary citizens. They are happy to sell natural gas to Europe to finance those ambitions but don’t count on international commerce to make Russia a benign actor.

If America doesn’t match China’s navy and Russia’s army with resources and forceful actions when challenged, those rivals will prevail in their regional ambitions.

Still President Obama is correct to warn flexing military muscle is not a stabilizing solution everywhere—especially the Middle East and Africa.

Perhaps Iraq best epitomizes the dilemmas terrorism poses. If the United States provides air support or puts troops on the ground to defend Bagdad, it may halt the advance of the Islamic State of Iraq and Syria but it can’t defeat it.

The ISIS is a curious hybrid of terror organization and brutal organized army that can hold territory and potentially topple a government, but does not regularly mass forces that can be destroyed in the field by a western army. If stymied, its fighters will simply move to others venue, like the civil war in Syria.

For many Muslims, religion and state legitimacy are inseparable, and throughout the Middle East and Africa, many are willing to die to destroy democratic governments that could subordinate the authority of Islam to secular governments. And ethnic rivalries are often cast in terms of religion.

Without democratic institutions that place individual freedoms above religion, it is hard to see how competing claims of historically conflicting ethnic groups can be resolved and civil wars ended. Nor animus toward the West and acts of terror stopped.

Neither economic engagement by the West nor American foreign aid can change those facts on the ground. Radical Islam is premised on widely held ideas, and ideas are tough to destroy with armies.

In the end, the United States must recognize it is in for a long slog fighting terrorism in the Middle East and Africa. No amount of national building and economic aid will change that, but sometimes it can make matters worse.

Sadly, armies and navies still trump economics. Americans will have to pay the price or face menacing threats to their security at home and interests abroad.