The Cold War Was Only on Vacation 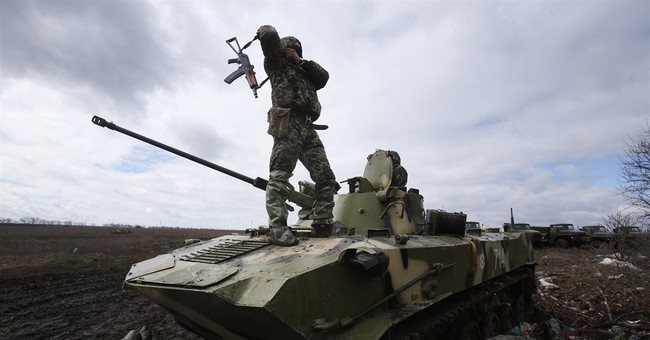 The Crimea is lost. The challenge now is to avoid a wider conflict with a Russia bent on absorbing more territory and further extending its influence further into Eastern Europe.

To avoid an eventual choice between feeding Russia’s appetite for lost empire and a hot war, European and U.S. leaders must embrace expensive and politically tough economic and defense choices.

Save petroleum, aluminum and a few less significant products, the Russian economy is broadly uncompetitive in global markets. Oil and gas account for 75 percent of exports and 50 percent of Moscow’s revenues, and Russia depends on imports from the EU for technology and many consumer goods. It even buys ships to modernize its navy from France.

U.S. and European economic sanctions on Russian political and military leaders responsible for the Crimean invasion will make a statement but are unlikely to have any tangible impact on Vladimir Putin’s behavior. However, if the Europeans phase out purchases of Russia’s gas, it has few options to sell it elsewhere. Putin would be starved for cash to finance his military and spread benefits to political cronies.

Replacing Russia gas—which provides 30 percent of European supplies—won’t be cheap or pleasant. They must frack to develop shale gas, re-embrace nuclear power and accelerate solar and other alternatives.

For French shipbuilders, German equipment manufacturers and technology and consumer goods producers throughout Europe, cutting off Russia’s most important source of hard currency to buy what they make would be wrenching. Still, it would impose far more systemically destabilizing penalties on Russia.

More than Russian guns won the referendum in the Crimea for Putin. The sad state of the economy and political corruption in the Ukraine made the former Russian possession vulnerable to reacquisition.

To halt Russian expansion, the EU must do much more to assimilate the Ukraine and other former Soviet states into the western economy by building infrastructure and moving significantly more industry into these regions, buying a lot more of their exports, and imposing aggressive conditions for economic and political reforms in exchange for those benefits.

All of this would be provocative to Moscow and require rebuilding NATO forces, and moving those further east into Romania, the Baltic and aggressively courting cooperation with Belarus.

The Germans and the Americans have the economic resources but have demonstrated inadequate commitments to giving real meaning to the economic and security commitments the West made to Eastern Europe, for example through the 1994 Ukrainian security agreement, at the end of the Cold War.

Now, Putin and his political allies, chastened by the loss of empire and emboldened by Russia’s petroleum wealth, are exploiting western neglect of former Soviet states.

Stiffening NATO commitments to Eastern Europe will require German and U.S. governments to step up and pay for stronger militaries.

In Germany and the United States taxes are already quite high, even by Cold War standards, and the obvious tradeoff between guns and butter will hit the Obama and Merkel governments where it hurts most—their standing with voters who have come to expect wider and wider welfare benefits.

The greatest courage will be required from Angela Merkel and Barack Obama or each will bequeath to their successors a much more dangerous world.

Russia will enjoy a stranglehold over European energy supplies and boast a modernized military to gradually coop and reclaim former Soviet states and expand its influence throughout Europe.

Peter Morici is an economist and professor at the University of Maryland Robert H. Smith School of Business and a widely published columnist. He tweets @pmorici1