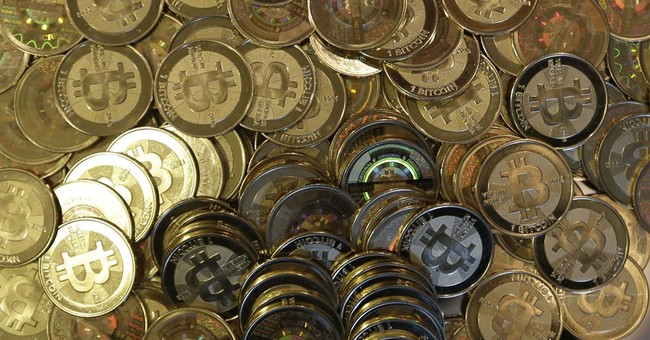 Bitcoin believers were shaken to their digital souls when Mt. Gox, the world’s largest exchange, defaulted on $470 million worth of deposits and closed.

The virtual currency was supposed to provide a safer, more private and less costly alternative to money issued by governments, but lacking the imprimatur of a sovereign is failing.

Fundamentally, money provides a secure place to keep your wealth—you can store your savings for later use at a government guaranteed bank. And it eliminates the inconvenience of barter—a necessity for even the most rudimentary market economy.

Money permits a nightclub singer to buy bread from a baker who gets his music from iTunes. All accept dollars, because the U.S. government declares those to be “legal tender for all debts public and private.”

You can do business through barter or some alternative currency. However, workers, suppliers and landlords expect to be paid in dollars, and the IRS will require dollars at tax time for income earned through barter.

What gives money its value are the goods and services that may be purchased and taxes paid within the sovereign jurisdiction of the issuing government.

The earliest currencies were coins, often with the face of the sovereign stamped on gold or silver to instill confidence. Yet, governments minted coins with non-precious metals, and the Chinese issued paper money more than two thousand years ago.

The creators of Bitcoin and advocates of virtual currencies are fixated by the temptation of governments to print too much and destroy its value through inflation. However, inflation is hardly a problem in the United States, Europe and Japan, and central banks in other countries hold dollars, euro and yen to back up their currencies.

Bitcoin is created by ordinary folks solving increasingly difficult mathematical problems defined by the virtual currency’s creator, and like gold, is naturally limited in supply. It is stored in virtual wallets on private computers, or deposited at exchanges like Mt. Gox. These function much like commercial banks but are not guaranteed for safety by the FDIC, Federal Reserve and similar regulatory agencies around the world.

There is no “Bitland” where a government has declared it legal tender to buy goods and services and pay taxes. Lacking such a tangible connection to the real economy, it is very hard to value day-to-day, never mind next year.

Bitcoin traded for $1,117 on December 4, and now commands only about half that amount.

It is no place for your children’s college fund or retirement savings.

Bitcoin is hardly secure. A hacker can steal it from your digital wallet or an exchange that holds your deposits, just as pirates stole bank debit and credit card numbers from Target. And the government does not stand ready to back up Bitcoin exchanges that lose your money or identity to thieves.

A 2013 study found some 45 percent of all Bitcoin exchanges closed, taking their depositors money with them.

Bitcoin is supposed to be more private, because unlike commercial banks, its exchanges are not monitored by regulators, and its private payments system charges lower fees than do Visa and MasterCard.

However, personal and business transactions can be spied by hackers or government security agencies through its fairly open payments system. The government can subpoena your Bitcoin records or those of your exchange when it needs.

Factoring in such risks and potential intrusions, Bitcoin is a lot less private and more expensive to use than advertised.

Detractors of paper money have always been fixated by the absence of gold to back it up, but they fail to recognize what really makes a currency accepted and secure—the government guarantee and the good sense of the sovereign not to abuse its franchise.

It’s not the gold but the face of Caesar—the promise his image carries—that makes a coin money.

Peter Morici is an economist and professor at the Smith School of Business, University of Maryland, and a widely published columnist. He tweets @pmorici1