Let’s Remember Who Is On Right Side of Ukraine War

Peter Mihalick
|
Posted: May 29, 2022 12:01 AM
Share   Tweet
The opinions expressed by columnists are their own and do not necessarily represent the views of Townhall.com. 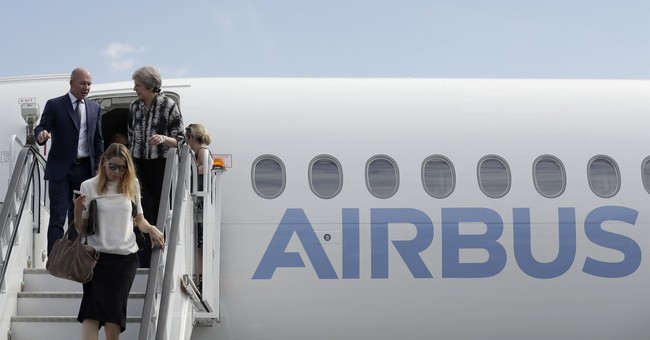 News coming out of the war in Ukraine is grim – yielding accounts of atrocities and possible war crimes - yet looks like the Ukrainians managed to protect Kiev and other large cities from capture. If Russia chooses to withdraw in the next few months, it will be time to reckon who was on the right and wrong side of the conflict. In supporting a democratic government taking the right steps to reduce corruption and engage in a capitalistic economy, the United States should not reward companies and nations who supported the autocratic aggressor in the conflict: Russia.

Given the steady stream of reports of questionable actions by the Russian invaders, it calls into question how any government or corporation could support the Russian government after these actions. The AP reported on May 23, 2022, “a Russian soldier who pleaded guilty to killing a Ukrainian civilian was sentenced to life in prison on Monday in the first war crimes trial since Moscow invaded three months ago, unleashing a brutal conflict that has led to accusations of atrocities, left thousands dead, driven millions from their homes and flattened whole swaths of cities.” The news article includes a report of a veteran Russian diplomat resigning and expressing shame for Russia’s actions in Ukraine in a letter. The evidence implicating Russia for these brutal violations of international law have shocked the world. Unfortunately, we expect more to come out over the next few months.

Given the veracity of these reports, the list of nations supporting Russia is a short one including Venezuela, Nicaragua, Cuba, Belarus, Syria, Eritrea, North Korea and Myanmar. These nations have terrible relations with the United States, yet we need to make sure to remember these countries publicly supported the Russian invasion of Ukraine and the resulting brutality. Any future economic discussions or negotiations with these countries should keep in mind that they wholeheartedly supported Russia.

There are new calls to be even tougher on nations and corporations still doing business with Russia to help put even more pressure on them – increasing the economic pain of existing sanctions. The New York Post reported, “Ukrainian President Volodymyr Zelensky, meanwhile, on Monday called for ‘maximum’ sanctions to be meted out against Russia during a virtual speech at the World Economic Forum in Davos. He also wants the complete withdrawal of foreign companies from Russia amid the war while saying Ukraine needs at least $5 billion in funding monthly.” Zelensky was quoted as saying, “This is what sanctions should be: They should be maximum, so that Russia and every other potential aggressor that wants to wage a brutal war against its neighbor would clearly know the immediate consequences of their actions.” Despite these calls for severing ties, there are several companies still holding on to business relations with Russia.

One of those companies is the European aerospace manufacturer, Airbus. Bloomberg News reported in April that Airbus “defended its decision to keep importing Russian titanium, contending sanctions would hurt aerospace manufacturers who depend on the lightweight metal and wouldn’t deter Vladimir Putin after his invasion of Ukraine.” Maybe the new call from President Zelensky will change some minds, but this is not the first time Airbus ignored sanctions against Russia. Back in 2014, they increased imports from Russia after the invasion of the Crimea region of Ukraine.

One way to pressure companies like Airbus is to use the contracting power of the U.S. government. In the case of Airbus, they have been working to secure a contract with the Pentagon to provide refueling tankers for the Air Force. Now would be a great time for the President and the Secretary of Defense to tell Airbus to take a hike when it comes to securing these lucrative business contracts.

An effective sanctions regime needs to punish nations and companies which provide aid to aggressor nations. These measures are intended to be immediate economic consequences which coerce the offending party into changing their behavior. They cannot work if they are not properly executed or enforced – the U.S. government should use all available economic avenues to further deter supportive relations with Russia.