The Constitution was Made for Covid-19

Penny Young Nance
|
Posted: Apr 25, 2020 12:01 AM
Share   Tweet
The opinions expressed by columnists are their own and do not necessarily represent the views of Townhall.com. 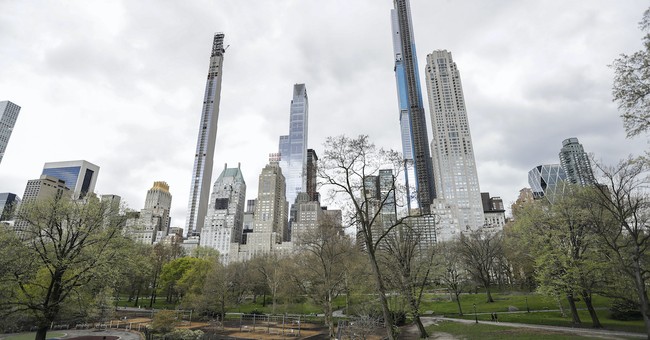 Editor's Note: This piece was coauthored by Mario Diaz.

The genius of the U.S Constitution is that it was designed to withstand the pressures of crises. It was a document born of conflict, and the Founders wrote it intending to curtail the human excesses and abuses that tend to come to the surface in times like the one we are living right now.

Fear, insecurity, and perceived need shake us to the core as human beings and, if we are not careful, these times may push us to be willing to enter into oppressive agreements that will ultimately enslave us. It’s part of the human condition that men love power and find it difficult to resist overreach. That is why, now more than ever, we must cling to the principles of liberty embodied in our Constitution. In times of crisis, the overextended hand of nanny state makes citizens feel safe, but that same power can easily morph into a fist.

“We the people” must vigilantly guard against the attacks that will inevitably come with the challenge of Covid-19.

The tension between the Executive, Legislative, and Judicial branches, between the states and federal government, is by design. It is supposed to be challenging to “get things done” in government. Sure, crises require sacrifices, but we must be careful to preserve the structure that protects our liberties in the long run.

The late, great Justice Antonin Scalia once said, “It isn’t the Bill of Rights that produces freedom. It’s the structure of government that prevents anybody from seizing all the power. Once that happens, you ignore the Bill of Rights. So, keep your eye on the ball.”

Keeping our eyes on the ball demands, we do NOT ignore some unnecessary actions by public officials against places of worship, for example.

A Mississippi church has had to sue after congregants to its drive-in service were ticketed $500 for attending. Though the drive-in church is an ingenious way for people to practice their religious convictions while adhering to the social distancing parameters that this virus demands, here comes the unnecessary threat of the state to impose its power and put “we the people” on our place.

We are thankful that the U.S. Department of Justice recognizes the serious threat to the constitutional structure these sorts of action present. Americans do not lose constitutional rights during crises. “There is no pandemic exception,” DOJ writes in its statement of interest in the case, “to the fundamental liberties the Constitution safeguards.”

Another case out of the district court in the Western District of Kentucky illustrates the severity of the violations we are witnessing.

On Holy Thursday, an American mayor criminalized the communal celebration of Easter.

That sentence is one that this Court never expected to see outside the pages of a dystopian novel, or perhaps the pages of The Onion. But two days ago, citing the need for social distancing during the current pandemic, Louisville’s Mayor Greg Fischer ordered Christians not to attend Sunday services, even if they remained in their cars to worship – and even though it’s Easter.

The mayor’s decision is stunning.

And it is, “beyond all reason,” unconstitutional.

It is a great tribute to our Constitution that these checks and balances are working to create the friction necessary for Americans to take notice of the deeper issues at stake here. But we must take note and demand much better from our public officials. Federal and state executives would be wise to take a step back and consider the long-term implications of the actions they are taking. They must preserve and respect the constitutional structure that guards our liberty.