Penny Young Nance
|
Posted: Jul 25, 2016 12:01 AM
Share   Tweet
The opinions expressed by columnists are their own and do not necessarily represent the views of Townhall.com. 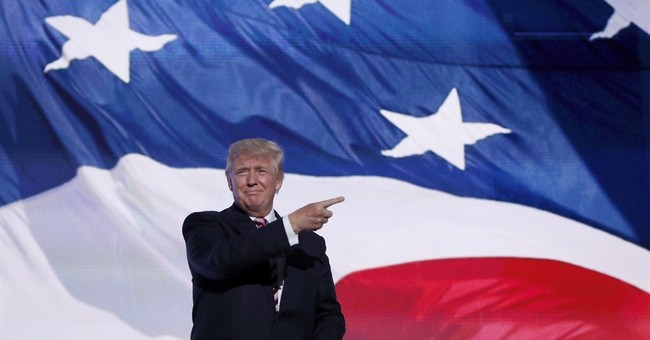 Fresh off his landslide reelection, Ronald Reagan could have spent his political capital on many things. What he chose was tax reform.

“No other issue goes so directly to the heart of our economic life. No other issue will have more lasting impact on the wellbeing of your families and your future,” he told the nation in a prime time address from the Oval Office.

Reagan understood that tax reform was a critically important conservative economic priority for our families and future generations because it would jump start the economy, improve our economy's competitiveness and cut countless market distorting loopholes out of the code that attempt to engineer social policy.

But he also knew to put such a major undertaking at the beginning of his term, when attempting significant reform is most likely to bear fruit.

The next president faces similar circumstances to Reagan in that the nation is desperate need of reform in many areas including the tax code. Once again tax reform should take place right away, in the next president’s first 100 days.

The U.S. corporate tax rate is the highest of any country in the developed world, and behind only Chad and United Arab Emirates when you include every last nation down to tiny archipelagos and dysfunctional tin-pot dictatorships in the comparison.

American companies are operating at around a 20 percent disadvantage against European firms in terms of corporate rate, and astounding difference that belies our outdated stereotypes of the continent as a highly-taxed economic dinosaur.

In fact, many European nations have responded nimbly to globalization from a tax perspective, taking steps to keep their economies highly competitive, while the U.S. has seen its competitive edge dull.

All this is important to business owners, of course, but the American worker is the real loser, as we are bleeding jobs and profits to foreign competitors.

Meanwhile, tax laws have become cluttered with thousands of indefensible carve-outs in the 31 years since Reagan gave his Oval Office address.

Any one of the tax loopholes at issue would melt like snowflakes in the sun if the general public ever had occasion to understand and scrutinize them. They survive only in relative obscurity, protected by the lawyers and lobbyists from the harsh spotlight.

If you're reading this, chances are you already agree with the goal of reforming the tax code. I feel comfortable asserting this because nearly everyone with any interest in politics does. It's an extremely rare area of consensus in the age of polarization.

Tax reform is an issue for which there is essentially no arguments against it, yet it remains politically perilous.

Why? To quote Reagan again, the current code resembles Washington, D.C.: “complicated, unfair, cluttered with gobbledygook and loopholes designed for those with the power and influence to hire high-priced legal and tax advisers.”

To the people that designed it, the loopholes and complexity are “a feature, not a bug,” and those same people hold a lot of power to stop efforts to simplify the code from becoming law.

Yet, what does the success of outsiders like Donald Trump and Bernie Sanders show, if not that Americans are hungry for change, especially as it regards the cozy special interest giveaways that are littered throughout thousands of pages of IRS regulations?

Trump and Sanders are both tapping into economic angst that millions of Americans are feeling as they watch their country lose its competitive edge. It is an angst families feel about their ability to provide for their families and their children’s future. Some part of that may be the nature of globalization, but much of it is the self-inflected wound of terrible tax policy.

The next president needs to seize on this as an opportunity in their first 100 days to enact a once-in-a-generation reform that hasn't been so needed since, well, 1985, when when Reagan ended his address with this:

“My fellow citizens, let's not let this magnificent moment slip away. Tax relief is in sight. Let's make it a reality. Let's not let prisoners of mediocrity wear us down. Let's not let the special interest raids of the few rob us of all our dreams.”