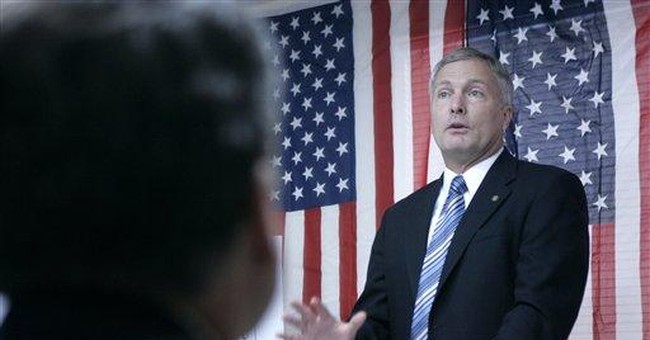 This past week I sat in on a couple of "where do conservatives go from here" panels. Bear in mind that it was the Republican brand which was in trouble in 2008, not necessarily the conservative brand. Much of the public believes in conservative principles but does not believe that Republicans can deliver upon those principles.

Conservatives have experienced two wipeouts comparable to that experienced by Republicans in 2008-in 1964 and 1974. In 1964 Senator Barry M. Goldwater was defeated, taking nearly everyone with him. Republicans were down to 32 Senators and 140 Representatives. The number of Governors could be counted on one hand.

Those numbers slowly crept up in the ensuing years, to the point that Republicans had quite a number of Governors, some 45 Senators and about 175 Representatives. Then came President Gerald R. Ford's pardon of former President Richard M. Nixon, and the Republicans dropped to post-Goldwater numbers.

There is a difference between then and now. Now there are 21 Republican Governors. Not all are conservative but most are solution-oriented. I am absolutely amazed at what Governor Bobby Jindal is doing in Louisiana. I didn't know Governor Sarah Palin until Senator John S. McCain picked her as his running mate, but I was very impressed with the gas pipeline she negotiated in her first year as Alaska's Governor. Grover H. Norquist was touting her virtues before anyone had heard of her and I simply took Grover's word for her abilities. Turned out he was correct.

There are many others, including the Governor of South Carolina, Mark Sanford, and the Governor of Utah, Jon Huntsman, Jr. My longtime friend Governor Mitch Daniels won re-election in Indiana by 20 points while Senator Barack H. Obama carried the state.

There is one very troublesome aspect of a conservative comeback in 2010: In both 1964 and 1974 the culture was strong enough that the effort to run candidates against incumbents was very straightforward.

Now, however, our kids are brainwashed by the public school system. They are taught climate change catastrophe from kindergarten on. The truth appears to be that we are in a period of global cooling, but public school children are not taught as much. They worry about the supposedly disappearing polar bears. They worry about population control and are told that people are likely to starve to death if the world's population does not decline. The list goes on. Thank God about two thirds of the kids are not really paying attention. Unless we end the leftist monopoly of education we will have a problem which we may be utterly incapable of solving.

Will Republicans come back significantly in 2010? It is difficult to say. Unless Republicans become convincing conservatives who do something about public schools, energy, the economy and government reform they probably will have meager gains. There is the possibility that leftists in Congress will overreach the limits of their power, in which case American Conservative Union Chairman David Keene said conservatives will be there to take advantage of the situation. When a team has to depend upon its opponents to fumble in order to score, that team probably will lose.