The Need for Choice in Transportation 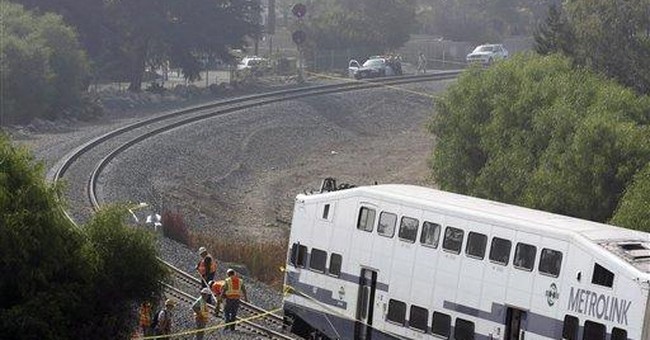 In Pennsylvania, Democratic Governor Edward G. Rendell and the Republican-controlled Legislature achieved a breakthrough by agreeing to permanent funding of the two largest transit systems in the State, PAT in Pittsburgh and SEPTA in Philadelphia.

So what is a state to do to make up for the Federal revenue shortfall? I served on the National Surface Transportation Policy and Revenue Study Commission. We anticipated the Trust Fund shortfall although it is coming much earlier than anticipated because of the decline in automobile travel in the wake of $4 gasoline. We made several recommendations which Pennsylvania officials would do well to examine. First, every State also taxes fuel. It most likely would be easier to raise the taxes at the state level and if the Pennsylvania Legislature agrees to do so it would be almost certain that Governor Rendell would sign the measure.

Secondly, we recommended that a ticket charge be initiated for every trip taken. That would be difficult to implement at the city level but, for example, tickets on the Keystone service between Harrisburg and New York are a perfect candidate. Even SEPTA's interstate lines to Trenton, New Jersey and Wilmington, Delaware might have the "pay as you go" ticket tax applied to those routes. At least one community is taxing hotel rooms to pay for its proposed light-rail system.

Our most controversial recommendation was to implore Congress to remove the barriers to pricing and trading. There are roads that currently do not have tolls which could support tolls. In fact, the Pennsylvania Congressional Delegation should join with other state delegations to get Congress to permit tolling on some interstate highways. In addition, some experiments are taking place which have initiated congestion-pricing. That ought to be examined carefully. If it cost more to drive on a certain road in peak hours motorists would need to choose between driving at the busiest periods and waiting to drive in off-peak hours. Those who elect to travel at peak times could be charged for the privilege.

The Commission also recommended more extensive use of Public-Private Investments (PPI). Many states and localities have leased sections of their highways and bridges to private investors. The investors get to keep the revenues they receive from tolls or congestion pricing. In Europe Public-Private partnerships have been tried with rail facilities. There is no reason they can't be tried here as well. The Commission said it could not support Public-Private partnerships if the investors were from abroad. We believe only domestic PPIs should be permitted.

I frequently am asked which one of these solutions should be adopted by States and localities. I tell the questioner, "all of the above." If America is to invest in the level of mass transit needed to give taxpayers a real choice to drive or take transit, revenues must increase significantly at the state and local levels.

Some have claimed that the Commission is too pro-rail. That charge is false. We are for giving citizens a choice. If they elect to drive they ought to pay more of the actual cost of that decision. If they choose transit we would need to face this fact. Half of America has no real transit facilities available. Those which do offer an alternative are often unattractive, do not keep a reliable schedule and in some cases do not go where people want to go.

While the depletion of the Federal Highway (and Transit) Trust Fund is causing major heartburn all across America, in the long run it may be a blessing. States and localities will be obliged to face up to their obligations and responsibilities to make transit the mode of choice for the average American.