Essentiality of Freedom of the Airwaves 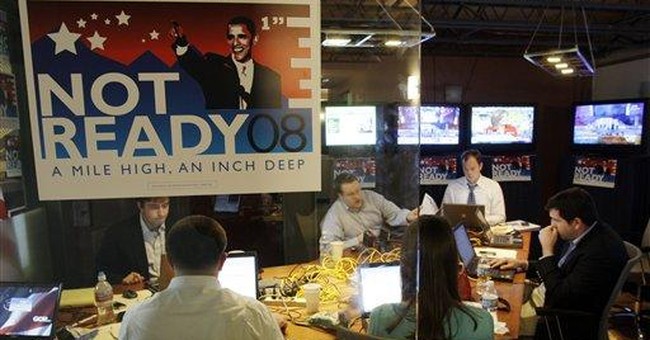 The year was 1920. A huge crowd gathered downtown to listen to a loud speaker. The city was Pittsburgh. The reason for the crowd? It was election night. Voters heard over KDKA that the Republicans, after eight years of President Woodrow Wilson, were returned to office with a ticket of Senator Warren G. Harding, of Ohio, and Governor Calvin Coolidge, of Massachusetts. It was the dawning of the radio era. So few homes had receivers that the only way most people could hear the returns was to assemble downtown. By 1924, the year Coolidge was nominated for President, President Harding having died on a West Coast trip, there was limited broadcasting from the two conventions and much greater coverage of the election itself. Coolidge remarked that he was President in the right era inasmuch as he had a good radio voice.

Prior to the advent of radio voters had to wait for the wire services to report on developments from the States. Sometimes it took days before the results of the Presidential election were clear. Radio changed all of that. Radio was it until giving way to television, after World War II. Some rudimentary television was broadcast at the conventions of 1948, which re-nominated President Harry S. Truman and nominated New York Governor Thomas E. Dewey but it was 1952 before the networks really began to cover the conventions and the elections. I still remember the late Senator Everett McKinley Dirksen (R-IL) pointing his accusatory finger at the Eisenhower delegates, while leaning down from the podium, saying in his mellifluous voice, "Thou shall not steal." Dirksen had accused the Eisenhower campaign of stealing delegates from the Taft campaign by challenging already seated delegates. It was dramatic and conveyed a scene which only television could produce.

Then in 1960 television, in addition to playing its now customary role at the conventions (the three networks all covered the conventions, including the platform debates), televised the Nixon-Kennedy debates. Those who listened by radio thought Nixon had won the debates. Those who watched the debates on television thought, by a landslide, that Kennedy had won. That is because on television viewers saw Nixon's ill-at-ease body language. They also saw Nixon's heavy beard and the perspiration on Nixon's forehead. The radio listeners could not see any of those and upon the basis of audio only believed Nixon had prevailed. Millions more watched television. There were two additional debates but they were watched by far fewer viewers.

Now cable television is playing an increasing role as well. Fox News Network built a huge pavilion at both conventions. It brought 400 employees to Denver and 500 to St. Paul. A similar number was brought by CNN. MSNBC brought a smaller number. CSPAN was the only network to broadcast all proceedings as they were. The total cable viewership exceeded 30 million. The three regular broadcast networks confined their coverage to one hour each night in addition to originating their regular news programs from the conventions.

This is the year that the Internet came into its own. There were rows of bloggers voicing their views, left, right and center. The number of bloggers was almost comparable to the number of talk-radio outlets. If the left were to succeed in shutting down talk-radio at least temporarily there would be no way that the Internet could be shut down without violating the Constitution.

Basically it will be possible to turn the Internet into television. From the time that the telegraph first brought national news to local papers, communication has become easier and more abundant. The left may think that it will be able to suppress information by killing talk-radio. Even were the Supreme Court to uphold the so-called Fairness Doctrine should the Doctrine be re-imposed, which is highly doubtful, it would take a complete perversion of the Constitution to kill the Internet. And so long as free people have access to real information there will be some hope for the survival of this Republic.