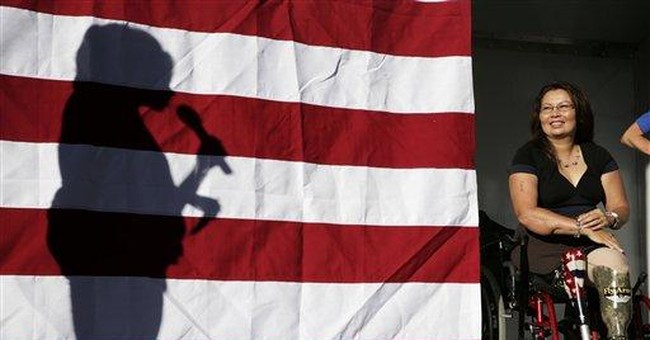 Watching the Fox News Network set up to cover the Democratic National Convention in Denver, with some 400 Fox employees, brought to memory the three times I attended a Democratic Convention. The first time was in 1976. Democratic State Representative Woody Jenkins, of Louisiana, had assembled hundreds of pro-life delegates. He asked for my help and that of my staff to work with these delegates to try to convince the Democratic Party to take a pro-life position. This was the convention which nominated Georgia Governor James Earl Carter, Jr., later known worldwide as Jimmy Carter, as their Presidential nominee. The Party ended up endorsing the Hyde Amendment - i.e., no federal funding for abortion. It was a remarkable experience. Working with Democrats was rather different. I had been at Republican conventions in 1960, 1968, 1972 and went on to attend the Reagan-Ford Convention in Kansas City in 1976. That convention put the Republicans on record as moving toward a pro-life stand. It was the last time both parties leaned toward a pro-life position. By 1980 the Democrats had become captive to the pro-abortionists while the Republicans came out with a 100% pro-life platform.

Then in 1992, Rush Limbaugh, Bill Bennett and I broadcast by satellite from the Democratic Convention in New York. We had a minimal crew, only half a dozen. Even though we had not been broadcasting regularly, we were inundated with telephone calls from all over America. The success of that broadcast was a determining factor in launching National Empowerment Television, or NET, a year and a half later.

By 1996 NET was a full-time 24/7 television network. I broadcast daily from the Democratic Convention in Chicago, which included my daily show "Direct Line," and at other times as well. We had a crew of some 30 technicians, producers, directors and talent. Interestingly, the Democrats treated NET far better than did the Republicans. The Democrats put us in an excellent position overlooking the convention floor so we could switch to activities on the floor in the middle of our interviews. Not only that, but the Democrats were very helpful in obtaining guests to interview. The studio was spacious and accommodated all who needed to be there. By contrast, the Republicans stuck us in a corner, far from the action of the floor. It would take guests ten minutes to get to our broadcast area. The Republicans did nothing to help us get guests. We had to get them ourselves and then persuade them to take the time to find us. We were so cramped that I literally had backaches trying to broadcast in this cramped space. I can't imagine what Fox is doing with 400 employees although the Fox broadcast booth is spacious and beautifully laid out.

In recent years the political conventions have become staged events, aimed at showing the Presidential and Vice Presidential candidates in the best possible light. Issues which are popular with the public are highlighted. Hollywood-style films often are used to introduce the personalities.

It was not always the case. In 1964 some reporters were nearly arrested at the GOP Convention in San Francisco which nominated Senator Barry M. Goldwater. In 1968 the Chicago Democratic Convention produced riots as the political machine of Mayor Richard J. Daley clashed with the young leftists who had come to start a revolution. As late as 1976 it was not immediately clear whether Governor Ronald W. Reagan or President Gerald R. Ford had won the GOP nomination.

Since then, however, the conventions have become carefully managed stage shows. Whoever has the majority of delegates takes control of the convention. The leadership determines who speaks - not just who speaks but what speakers say. Defeated candidates have complained bitterly that their every word is vetted by the winning candidate. No controversy is permitted. One candidate finally agreed to a bland script but then went on to memorize a different script raising issues which were forbidden by the winner. Those in control were not sure what to do. They toyed with shutting off the microphones but concluded that would probably cause more trouble.

Time was that the so-called mainstream networks broadcast for hours for four consecutive days. No more. Now their time is reserved for major speeches, perhaps two hours a day. That is because CNN, FOX News and MSNBC broadcast from morning until night. In addition hundreds of print reporters cover every significant move. This year the Internet is having a major presence, with bloggers of all sorts reporting their every impression. Talk radio also has a commanding presence. Row after row of national and local reporters are producing non-stop interviews. Still, we look for few surprises. Every minute is choreographed. The vast majority of delegates go along with this charade. The few who would be inclined to revolt most likely will be kept from the podium.

It will be very interesting to see what kind of bounce the Obama-Biden ticket receives from Denver. The average bounce is around 8-9%. The Obama camp hopes that the bounce will be sufficient to override both Senator John S. McCain's selection of his Vice Presidential nominee immediately after the Democratic Convention and the four-day Republican extravaganza to begin a couple of days after the Democrats leave Denver. This is the first time the conventions are back-to-back. Usually there is a week or two separating them, thus allowing the first convention to build and sustain momentum.