A Commendable Secretary of Labor 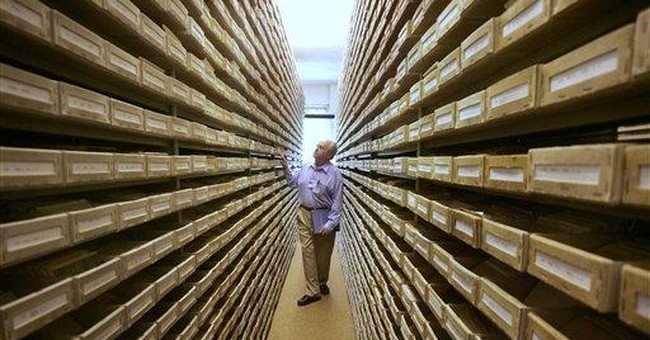 The Administration of President George W. Bush is drawing to a close after nearly eight years in office. Therefore, it is time to assess who best fulfilled the promises made during the 2000 Presidential campaign. In my opinion that prize goes to Secretary of Labor Elaine Chao, the only Cabinet official to see the Bush Administration through from the beginning.

The President's first choice for Labor Secretary was invalidated on a technicality before ever taking office. Elaine Chao quickly was named as a replacement. At the time she was a senior official at the Heritage Foundation. The wife of Senate Republican Leader Mitch McConnell (R-KY), Mrs. Chao is the Cabinet official with one of the lowest profiles. Yet she has the best record of accomplishment of anyone in the Bush Administration.

Mrs. Chao is a native of Taiwan, who came to the United States when she was only eight years of age. She, more than anyone in the Bush Administration, has an appreciation for the United States as a land of opportunity. Beginning with President Franklin D. Roosevelt's Administration the Labor Department was a wholly-owned subsidiary of organized labor. Even under Republican Administrations this was true. President Ronald W. Reagan changed that by appointing Raymond J. Donovan, a businessman, as Secretary. Donovan enraged the unions by doing away with their various slush funds. The unions went after him and literally drove him from office. President George H. W. Bush appointed Elizabeth H. Dole, now Senator from North Carolina, to the position. She held the line against the unions but fundamentally did not reform the bureaucracy.

That job was left for Mrs. Chao, who has promulgated regulations which have made the transparency of union expenditures a cornerstone of her efforts. Although she is known for fairness, labor unions despise her. Yet she has handled herself in such a way that she has avoided most direct confrontation. In 1959 one-third of all American workers belonged to a labor union. By 1980 under a quarter of the workforce held a union card. Today that number stands at only 12.1%. If government workers are taken out of the equation the number stands at just 7.5%. Accordingly, Mrs. Chao considers herself Secretary of all workers and not just of those who belong to unions.

The unions are spending a record amount of their employees' money this year to help elect Senator Barack H. Obama to the Presidency and to elect what they hope will be a veto-proof House of Representatives and Senate. If they achieve their objectives they have pledged to undo all of the reforms Mrs. Chao has been successful in enacting through legislation and regulation. That would be unfortunate because for the first time ever a union member can go to a website and see exactly how his dues money is spent.

The unions are determined to enact the so-called card-check program, which they believe will begin to reverse the trend of declining union membership. The card-check program, which passed the House in this Congress but failed in the Senate, would do away with the secret ballot. Instead, union organizers would be able to put pressure upon workers to sign up. If a worker refused to vote for a union to organize his plant he could have all sorts of pressure placed upon him to conform. Mrs. Chao clearly is concerned that this program will be enacted in the next Congress.

She told THE WALL STREET JOURNAL, "The right to a private ballot election is a fundamental right in our American democracy and it should not be legislated away at the behest of special-interest groups." Mrs. Chao also is worried that a new union-friendly Congress will expand the Family Medical Leave Act, which guarantees that employees can take unpaid leave to care for an ill child or for other reasons, and cannot be replaced while on leave. She also worries that Congress will extend from 60 to 90 days the time which employers must notify employees that they will be laid off. Nor does she like a comparable worth measure pushed by Senator Hillary Rodham Clinton (D-NY). It would force employers to pay the same wages for different occupations. She says the world envies the dynamism of the American economy and points to the flexibility we have in our economy. If all of these measures pass she fears that flexibility would disappear, and with it would go the dynamic American economy.

If Mrs. Chao has her way, the 110th Congress, in its waning days, will combine and streamline some of the many training programs which overlap and duplicate one another. It is unlikely that that effort will succeed in the short time remaining in this Congress. She says the Department of Labor has $50 billion in different training programs, most of which never reaches workers. She would like to see that money converted into vouchers to permit workers to help them acquire job-training skills. Congress does not like vouchers for elementary and secondary education, so it is highly probable that organized labor's Senators would filibuster any such move in that direction.

Elaine Chao has achieved as much as she has as a workhorse rather than a showhorse. Not that she is incapable of explaining in vibrant terms what she has accomplished. But mainly she has worked hard, making progress in inches rather than in long passes. The President certainly made the right choice in selecting Mrs. Chao. Future Secretaries ought to emulate her example.