The State of Georgia's Lead in School Choice 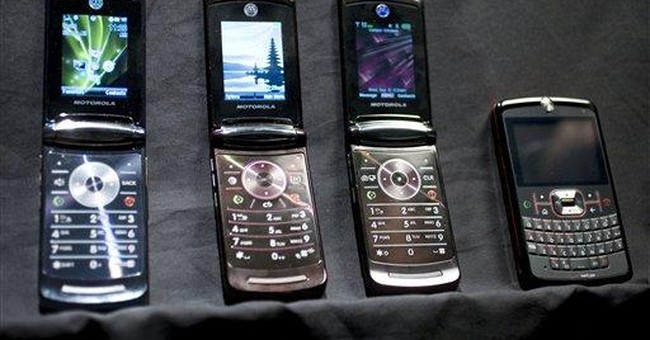 There has been a major development in the State of Georgia yet the so-called mainstream media has completely ignored it and even the alternative media hardly has covered it. This past week Georgia Governor Sonny Perdue signed into law the most expansive school-choice program in the nation.

Unlike similar programs in other States, this program has no demographic restriction. All students are eligible for private school scholarships. The State Legislature set the cost of the school choice budget at $50 million. If the demand is similar in other States that amount likely will rise considerably. All pupils K-12 are eligible.

The program is similar to that which was enacted by the State of Louisiana and continues a trend imposing no eligibility requirement for the scholarships. Originally only inner-city students in failing public schools were eligible for school-choice programs. But now Arizona, Vermont, Ohio, Maine, Illinois and Iowa all impose no eligibility restriction.

Robert Enlow, Executive Director of the Friedman Foundation for Educational Choice, in commenting on the developments in Louisiana and Georgia said, "The old idea of limiting school choice based on family income is coming to an end. States are increasingly adopting Milton Friedman's vision of school choice for all, not just for some. The argument that freedom is only good for some students just doesn't make it anymore".

Lydia Glaize, one of the parents who strongly supported school choice, said, "The Governor has made the most prolific change for the State of Georgia.... Children who will receive these scholarships will translate into fewer kids in juvenile detention, more who will graduate and more who will wind up in the labor force. That's a better standard of living for the entire Georgia community."

The Friedman Foundation for Educational Choice reports that with the new Georgia law, there are now 23 school choice programs in 14 States plus the District of Columbia. Enlow said that 15 of the programs have no family income restriction for eligibility while nine have no demographic restriction at all. Six are restricted only in that they serve disabled and foster-care students alone.

The effort to pass this measure in the Legislature drew support from the Georgia Family Council, the Georgia Public Policy Foundation, the Southeastern Legal Foundation, the Archdiocese of Atlanta and Americans for Prosperity. In addition a number of national school-choice groups weighed in.

The Wall Street Journal called the Friedman Foundation "the nation's leading voucher advocate." Enlow said his group will be pushing for other States to enact school choice programs soon. In due course the group would like to see a national voucher program passed by Congress.

For many years the teachers unions used scare tactics to prevent school choice programs from enactment. They claimed that voucher programs would destroy the public school system. In fact, faced with competition, school choice has actually strengthened the public schools. Now that the public is able to see that union propaganda was a big lie citizens are more willing to consider vouchers. This is especially true now that it is widely acknowledged that the public school system is broken, graduating young people who hardly can read or write and who fail math and science.

At a time when conservatives are in a funk, believing that nothing good is happening in America, it is time to celebrate this milestone development in Georgia. This is a victory not just for Georgians but for all parents who are concerned with the state of public education in these United States.