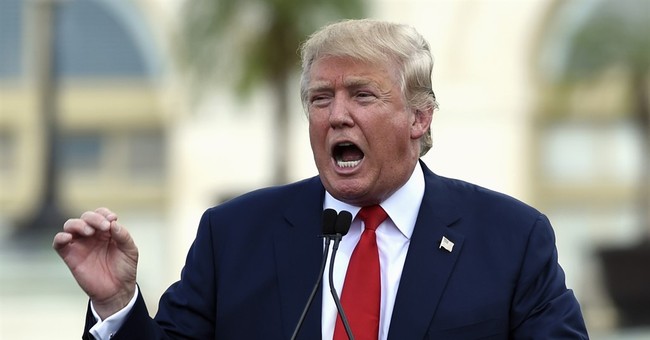 Donald Trump’s pursuit of the presidency illustrates the continuing weakening of a vital constitutional institution, the political party.

Political parties were the most important constitutional institutions not mentioned in the Constitution. Originally considered fatal to constitutional government, parties came to be seen as necessary to make constitutional democracy work. They reached the height of their power in the last quarter of the nineteenth century and declined from then through the twentieth century, the target of progressive reformers.

The Donald would never have stood a chance under the old party system. The progressives’ destruction of that system makes his nomination possible.

At the time the Constitution was written, what would come to be called parties were condemned as “factions.” One of the principal reasons for the formation of the U.S. Constitution of 1789 was the perception that “faction” was undermining republican government. In the most famous of the Federalist papers, James Madison defined a faction as “a number of citizens, whether amounting to a majority or a minority of the whole, who are actuated by some common impulse of passion, or of interest, adverse to the rights of other citizens, or to the permanent and aggregate interests of the community.” He argued that an “extended republic” under the Constitution would help control the effects of faction by making it more difficult to form majority factions across the continent. (Minority-group factions, he assumed, would be defeated by the majority-rule principle of the republic.) The Constitution, he said, provided “a republican remedy to the diseases most incident to republican government.”

What we consider the first political parties, the Federalists led by Alexander Hamilton and the Republicans led by Thomas Jefferson, did not consider themselves factions or parties. They both believed that they were being faithful to the principles of the Revolution and the Constitution, and defined one another as parties undermining them. The two groups were also elite-led rather than bottom-up mass organizations, since every state still restricted voting to property owners. The Federalists considered the Republicans’ opposition to be illegitimate, and went so far as to criminalize criticism of the government in the Sedition Act of 1798. That act, along with other unpopular Federalist policies (taxes especially) led the Republicans to take control of the Presidency and Congress in 1800.

The Federalists never regained control of any part of the federal government, and lost control of an increasing number of state governments, and were nearly extinguished by their opposition to the War of 1812. By the administration of James Monroe (1817-25), it appeared that partisan conflict had ended, in what came to be called “the era of good feelings.”

Political parties reached their modern form and greatest power in the period from the 1820s to the end of the century. They arose in response to the controversy over slavery in the Missouri territory, and out of the disputed presidential election of 1824. Parties would help prevent the rise of demagogues, ambitious men who would threaten the Union by exploiting divisive issues like slavery. And they would help prevent movements centered on charismatic figures like Andrew Jackson—or Donald Trump.

Martin Van Buren of New York was the principal architect of the new party structure. Its main goal was to organization—to connect the government to the millions of voters who had been enfranchised since almost every state had adopted universal manhood suffrage and had made more offices elective rather than appointive. Their discipline and organization would prevent demagogues from appealing to the masses, exploiting personal and sectional issues. The party would operate in all parts of the country, and would involve people at the local, state and national levels. The party would promote itself via newspapers, using the new mass media of the day, along with torchlight parades, slogans, button, banners and other images. Perhaps most important, it would reward its supporters with offices, in a patronage or “spoils system.”

After its electoral function, the party also served the end of organizing governance. It proposed a platform of principles and measures (though they often made their platforms as noncommittal as possible), coordinated action between state and national organizations and between the branches of government, and provided the leaders and “whips” to discipline members in legislatures.

The Whig party arose in opposition to the Jacksonian Democrats. The Whigs shared many of the demographic bases and policy positions of the Federalists, but by 1840 had lost the last vestiges of founding-era suspicions of mass democracy and parties and became competitive with the Democrats. Their 1840 presidential campaign used all of the electoral gimmicks of the new age.

The two-party system survived the Civil War, when the Whigs gave way to today’s Republican party. But the system began to decline in the late nineteenth century. The apparent corruption of the spoils system led to the Civil Service Reform (Pendleton) Act of 1883, which removed an ever-greater number of federal officers from partisan selection and dismissal. This significantly weakened the motive that attracted many voters and party cadres to work for their party’s success.

Progressive intellectuals regarded the parties as impediments to the development of the modern administrative state. They embarked on a long campaign to replace them with a strong presidency and a politically-insulated corps of expert bureaucrats, building upon the civil-service reform movement. Especially important was the changing legal status of parties. They began as local, voluntary associations. In the twentieth century they became regulated by the states and eventually by federal law.

Theodore Roosevelt pursuit of the Republican nomination in 1912 was a turning point in the decline of the old party system. He swept the primaries in the few states that had them, but still could not control enough delegates to wrest the nomination from the party machine. (He ran as an independent, split the GOP, and got Democrat Woodrow Wilson elected.) But his campaign was a harbinger of the future. More and more delegates were chosen by conventions, so that 1952 was the last convention in which the party nominee was not already determined by primary delegates.

As the parties became increasingly national, top-down rather than local, bottom-up organizations, they lost popular appeal and loyalty, as indicated by declining voter-participation rates in the last century. Voter turnout in presidential elections was rarely below 75% in the Gilded Age; it never exceeded 65% in the twentieth century. The development of the national welfare state made party provision of these services less necessary, as depicted in Edwin O’Connor’s classic political novel, The Last Hurrah (1955).

The movement of power from Congress to the presidency in the twentieth century, and the President’s ability to communicate directly with the electorate via new media (radio, television, social media), also weakened the parties as intermediaries between State and citizen. The use of the direct primary to nominate candidates undermined the power of party leaders, who would anoint their choices in “smoke-filled rooms.” These leaders, who themselves had won office at the state and local level, would never allow an interloper like Donald Trump to be considered.