"Heaven is for Real" and the Gospel of Life 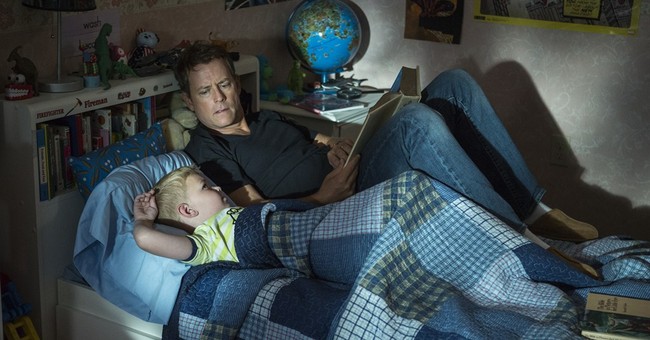 Editor's note: A version of this article first appeared at thecatholicthing.org

I recently bought the book “Heaven is for Real” and saw the movie. That was unusual for me. I don’t typically do the books and movies everyone else is doing, especially the touchy-feely spiritual ones. Maybe it’s the snob in me, or, really, I just don’t like to do what the culture is doing. But this time, I made an exception.

The story is about the near-death experience of a four-year-old named Colton Burpo, a pastor’s son from Nebraska. I’ll say up front that I didn’t care much for the movie, unlike the book. The screenwriter took too many shortcuts and liberties and redirections with new characters. Most annoying was the sexualizing of the little boy’s mother, Sonja Burpo. Don’t get me wrong, she’s no Miley Cyrus or Madonna, but she’s repeatedly represented in an alluring, suggestive, sensual manner. I was almost expecting a nude scene.

The writer/director, Randall Wallace, explained Sonja’s portrayal this way: “So many people believe that Christians, and particularly the wives of ministers, would be these sexless, sweet, butter-wouldn’t-melt-in-their-mouths kind of people, and that was the opposite of what I thought Sonja was or should be. And Kelly [Reilly, the actress who plays Sonja] just had this sense of romance and charisma—you couldn’t take your eyes off of her.”

Really? Who are these “many people” who think of Christian women this way? Must we cater to narrow-minded secularists who imagine that the vast sea of American churches they never visit have no attractive women inside? If some 20-something “progressive” New Yorker is that insular and prejudice, too bad. Let’s not tailor to his ignorance by sexualizing the church-mom in a story about a little boy’s visit to heaven. I wonder how the real life Sonja Burpo feels about this portrayal of her.

But on the positive side, there was much about young Colton’s story that was compelling and convincing.

Generally, both the movie and book detail things that this child, even as a minister’s son, couldn’t have known ahead of time. I don’t have the space to detail all of those here. You’ll need to see for yourself. Actually, read the book first, because it details these things far better and more believably than the movie. But I will share just one especially poignant example that really touched me when I viewed the movie trailer; in fact, it prompted me to buy the book first.

Well after he has come home from the hospital and recovered, Colton one day out-of-the-blue tells his mother that he has two sisters. Sonja casually corrects him, “No, Colton you have your [one] sister.”

“No,” Colton responds. “I have two sisters. You had a baby die in your tummy, didn’t you?”

“Who told you I had a baby die in my tummy?” a stunned Sonja responds to her four-year-old.

“She did, Mommy. She said she died in your tummy.”

Sonja is speechless. She had a miscarriage a few years before Colton’s birth, but no one ever told little Colton. How did he know? He knew because he said he met the deceased sister in heaven.

A shocked Sonja, long grieved by that miscarriage, asks Colton the girl’s name. He tells her that she doesn’t have one, because mommy and daddy never gave her one. The crushed Sonja responds that they indeed didn’t name her, because they never knew she was a she. It’s okay, Colton tells his mother, she’s fine, she has hair just like yours, and God has adopted her: “she just can’t wait for you and Daddy to get to heaven.”

This scene really hit me. My wife and I have a bunch of kids, but between the second and third there were miscarriages. I’ve often thought about those unborn lives. Should I pray for them? Are they indeed children waiting for us? This innocent, hopeful account by this little boy really struck me. A cynic might say that this is a purely emotional response, that this book/film pushed my buttons. But I’m not like that. I think there’s more to it. Consider: My faith teaches that life begins at conception. I know it. I believe it. I write about it. I teach it.

So, if that’s the case, then why wouldn’t I believe that those miscarriages, which were lives that began at conception, are waiting in heaven, just as the lives that make it out of the womb go to the other side?

It makes sense, doesn’t it? Did it take little Colton Burpo’s feel-good story about how heaven is for real, to help me—this chastened writer and academic—understand that those unborn lives are also for real, in heaven?

Call me a sentimentalist, but something about this particular account of heaven struck me as really real.