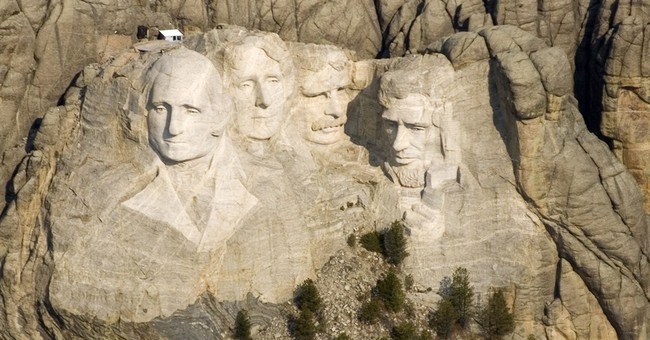 Editor’s note: A version of this article first appeared at Forbes.com.

The behavior of the National Park Service during the government shutdown has been truly shocking. As has been widely reported, Park Service employees have been told to make life as uncomfortable as possible for people, and have flourished in that endeavor. They have acted crudely and unprofessionally, allowing themselves to be used politically by the White House in its PR campaign.

If you’re not familiar with what I’m talking about, then please start Googling. There are frightening first-person accounts everywhere. Among the worst examples was a case innocently covered by a small Massachusetts newspaper that reported on a group of tourists traveling to Yellowstone National Park. The tourists described the Park Service as “Gestapo”-like in its tactics.

That, of course, is an exaggeration. But the fact that a group of apolitical citizens would invoke such hyperbole to describe how they were treated really says something.

The Weekly Standard, a conservative source, argues in an editorial that the Park Service’s conduct “might be the biggest scandal of the Obama administration.” The Standard rattled off examples of abuses during the shutdown, highlighting the most egregious of them all, the shameless scene at the World War II Memorial:

People first noticed what the NPS was up to when the World War II Memorial on the National Mall was “closed.” Just to be clear, the memorial is an open plaza. There is nothing to operate. Sometimes there might be a ranger standing around. But he’s not collecting tickets or opening gates. Putting up barricades and posting guards to “close” the World War II Memorial takes more resources and manpower than “keeping it open.”

No question. What happened at the World War II Memorial was pure political exploitation. The spectacle of elderly, heartbroken, wheelchair-bound vets voyaging thousands of miles to remember their fallen brothers, maybe for a final earthly time, only to be denied by cruel, intransigent Republicans, was apparently too delicious to pass up.

But even then, as the Standard noted, the barricading of the World War II Memorial was “just the start of the Park Service’s partisan assault on the citizenry.” It noted other historical sites that are privately owned and operated, where “the Park Service doesn’t actually do anything.” Nonetheless, the Park Service mustered the resources to deploy officers to forcibly remove volunteer workers and visitors. As the Standard put it, the Park Service “is now in the business of forcing parks they don’t administer to close…. It’s one thing for politicians to play shutdown theater. It’s another thing entirely for a civil bureaucracy entrusted with the privilege of caring for our national heritage to wage war against the citizenry on behalf of a political party. This is how deep the politicization of Barack Obama’s administration goes.”

Sadly, federal employees have been conscripted in the politicization. Not unlike the IRS, NPS agents are abusing their powers. They are being tasked as a political/ideological arm of the state. This is precisely not what civil servants are to be.

As a personal sidenote, the National Park Service falls under the Department of Interior, once run by my late friend Bill Clark. Clark had great respect for the department, its mission, and its employees. Clark died in August. If he had seen Interior employees enlisted and behaving like this, he would have been extremely disappointed.

And so, my reaction to this egregious behavior by the National Park Service is one word: privatize.

I’m not talking about privatizing the parks, a suggestion others have raised. Here’s a crucial fact about privatization that most people don’t understand: privatization frequently involves not ownership but operation. It’s often wiser to privatize not ownership but operation. (Roads are an example. Let the government own the roads, but their maintenance can be contracted.) That’s particularly true when government employees operating a service become unionized, entrenched, and over-extended. And that’s precisely what we should now consider with the National Park Service.

The beauty of privatizing management rather than ownership is that ownership is permanent but management is not. This means that if a management group doesn’t perform to expectations, another can be hired. The hiring process should be regularly competitively contracted. This “competitive bidding” process keeps current management on its toes and accountable. If it performs badly, it can be replaced—unlike the government employees running the National Park Service, which is a protected class with a monopoly on its service.

This recommendation will anger NPS employees. But the fault resides with them, their actions, and their willingness to be manipulated. They’ve demonstrated the roguish tendencies of some federal employees who blindly follow orders. They embody the dangers of big, unaccountable government. Let’s respond by taking power from those employees, so this cannot happen again.