Buchenwald and the Totalitarian Century 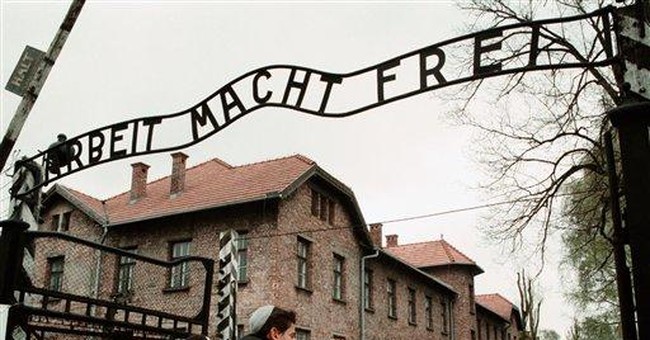 This spring 2010 marks some sordid anniversaries: 65 years since the discovery of the Nazi concentration camps that facilitated the slaughter of six million Jews and four million various others deemed “misfits” and “undesirables” by Hitler and his henchmen.

The ugly footage of corpses left behind is a visual reminder of the in-your-face insanity and inhumanity of Nazi fascism. Yet, less obvious is how seamlessly that form of totalitarianism was supplanted by another, one that haunted the scene even longer. For much of Europe in the spring of 1945, an Iron Curtain quickly descended across the continent, as Central and Eastern Europe was again gobbled up, this time by vicious Soviets who replaced vicious Nazis.

That changing of the guard took place at the level of the soldiers, the secret police, the local officials and, yes, even the concentration camps themselves.

Consider: When Hitler’s goons fled the concentration camps at the site of Allied guns in the spring of 1945, it was left to the Allies—the United States, the United Kingdom and the USSR—to grapple with what they suddenly confronted. Once the survivors were freed and carefully transported, what would the Allies do with the camps?

For nations like America and Britain, steeped in Judeo-Christian notions of fairness and justice, the options for the camps ranged from the legal, meaning document them as evidence of Nazi war crimes for the Nuremberg trials, to the theological: exorcise them.

For the USSR, however, the next step was a no-brainer: use the camps. Indeed, fling the doors open and get ‘em back in business. The communists were not about to waste a perfectly functional, German-built concentration camp. If the Soviet system knew how to do one thing, it was to collectivize and redistribute squalor and death.

In truth, that unique Soviet solution ought not to be a surprise, as totalitarians like Vladimir Lenin had not only constructed similar facilities but had used the phrase “concentration camp” two decades before Hitler appropriated the term. Lenin’s replacement, Joe Stalin, had annihilated tens of millions in such camps well before Hitler ramped up.

Thus, in the spring of 1945, the Russians saw an opening at the Nazi camps, tailor-fit to communist ideology.

A crass case in point was Buchenwald, one of the more infamous Nazi camps, where hundreds of thousands had been incarcerated and upwards of 50,000 perished, some in the most sadistic fashion, from Jews who were gassed to priests who were crucified upside down. Americans liberated Buchenwald on April 11, 1945.

Not long thereafter, Buchenwald (located near Weimar, Germany) ended up in the Soviet zone of occupation. Knowing how to run a concentration camp, the Russians were eager to crank the wheels—especially on Germans now at their feet rather than at their throat. For Stalin, Beria, Molotov and a disturbingly high number of malicious colonels and lieutenants and common soldiers, it was payback time. Payback would be done according to Lenin’s definition of morality: there is no morality, except that which furthers Soviet interests.

A witness to this poisonous worldview was a 22-year-old American citizen named John Noble, who lived in the Weimar area and got caught in the crossfire. He observed Red Army soldiers ransacking his neighborhood, rounding up innocents, and imbibing in special displays of depravity toward women: “In the house next to ours,” Noble told Laurence Rees in Rees’ outstanding book, World War II Behind Closed Doors, “Soviet troops went in and pulled the women out on the street, had mattresses that they pulled out, and raped the women. The men had to watch, and then they were shot. Right at the end of our street a woman was tied to a wagon wheel and was terribly misused.”

The poor souls who survived this torment were shipped to various German-turned-Soviet hellholes for long-term incarceration. Noble was tossed into Buchenwald, which was conveniently renamed Soviet Special Camp No. 2.

The story of Buchenwald under Nazi management is bad enough; it was reproduced from Auschwitz to Dachau. But the 20th century is rich in unforgettable lessons. Among them, the world would do well to remember that Buchenwald was liberated only temporarily in 1945. Its demons did not rest, ready to leap into a new set of vessels. Stalinism provided them by the tank load.

Buchenwald and its ilk is a cold, gray marker of the menace of totalitarianism. It is a headstone standing astride the 20th century like a giant grim reaper, robbing the world of 50 million lives in World War II and 100 million more under communist regimes—unprecedented carnage. It’s an old story, a familiar evil, one born of an ancient source that every generation must be prepared to meet and defeat.