When Biden and Rudman Wept 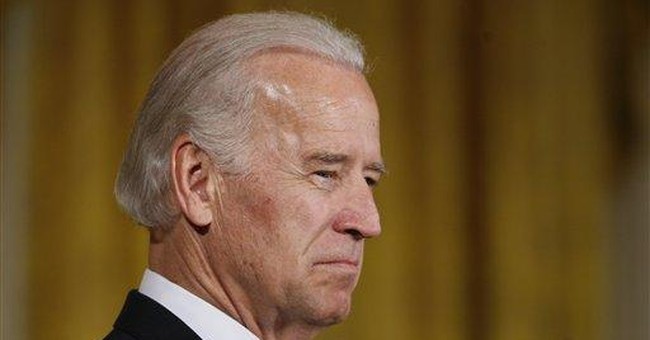 Is he pro-life or pro-choice? That was the giant unknown hanging in the balance one day in 1990 as President George H. W. Bush nominated a mystery man named David Souter for a Supreme Court seat. Both sides of the abortion issue badly wanted answers. I remember those debates, and especially the uncertainty.

America got its answer in 1992 in Casey v. Planned Parenthood, a seminal decision bearing the name of Pennsylvania’s pro-life Democrat governor. In that landmark case, Justice David Souter was the decisive swing vote in the narrow 5-4 majority, enshrining Roe v. Wade as law of the land.

Among those most euphoric over Souter’s vote were two liberal Senators from opposing parties: Senator Joe Biden (D-Del.) and Senator Warren Rudman (R-N.H.).

Rudman had pushed the Souter nomination. He ensured liberal colleagues that Souter was their guy. Rudman, a pro-choice Republican, had been Souter’s boss at the New Hampshire office of attorney general. He privately concluded that Souter would not vote against Roe. Rudman’s reasons, which he acknowledged only after he left the Senate, ranged from the legal to humanitarian: Given that Souter was “a compassionate human being,” averred Rudman, he would naturally support continued legalization of abortion—which has produced the deaths of over 40 million unborn babies since 1973.

But Rudman’s allies on the Democratic side weren’t so sure. And Rudman had to walk a fine line, since his pro-life president wanted a pro-life justice. So, Rudman quietly sought to assuage liberals. He urged them to trust him.

That silent trust was critical, since Souter’s position on abortion had to be dealt with stealthily. In fact, it was handled so delicately that the nominee’s true thinking was apparently unknown even to the White House.

Alas, with Casey v. Planned Parenthood, America had its answer, as Souter authorized the sanctity of Roe v. Wade.

As fate would have it, on that same day Senator Rudman and Senator Joe Biden bumped into each other at the train station, not in Washington, DC but in Wilmington, Delaware.

“At first, I didn’t see Joe; then I spotted him waving at me from far down the platform,” Rudman later recorded in his memoirs, Combat: Twelve Years in the U.S. Senate. “Joe had agonized over his vote for David, and I knew how thrilled he must be. We started running through the crowd toward each other, and when we met, we embraced, laughing and crying.”

An ecstatic Biden wept tears of joy, telling Rudman over and over: “You were right about him [Souter]! ... You were right!”

The two men were so jubilant, so giddy—practically dancing—that Rudman said onlookers thought they were crazy: “[B]ut we just kept laughing and yelling and hugging each other because sometimes, there are happy endings.”

It was sheer bliss: Roe v. Wade had been saved; it was alive. The two senators, liberal Democrat and liberal Republican, were so overcome that they sobbed. It was the most joyous moment.

Thanks to David Souter, Rudman celebrated: “The combined efforts of the Reagan and Bush administrations and the religious right to overthrow Roe had been defeated, probably for good.”

Well, not quite for good. A turning point arrived with the November 2008 presidential election. And that brings me to Justice Souter’s announcement last week.

Souter will be stepping down from the court. He made his announcement only days after another liberal Republican from the Northeast—Senator Arlen Specter—announced he was leaving the GOP for the Democratic Party, and, more significantly, just months after President George W. Bush, the son of the man who had nominated Souter, left the White House.

Pro-lifers and pro-choicers alike knew the 2008 election was utterly crucial to the future of Roe v. Wade. Literally, the legality of unrestricted abortion—plus its potential funding with your tax dollars—hinged on the next president. The contrast was unmistakable, given the remarkable pro-life views of the McCain-Palin ticket and the unprecedented pro-choice extremism of the Obama-Biden ticket. The next president would likely fill two U.S. Supreme Court vacancies: Ruth Bader Ginsburg and John Paul Stevens. David Souter’s name rarely surfaced.

Well, America chose Obama-Biden, including a near majority of American Protestants and a decisive majority of American Catholics. And last week, pro-choicers danced around their TVs when they learned about Souter. The justice surprised us all—again. He clearly had waited, silently again, for the second George Bush to get out of town.

Behold: there will be not just two high-court picks for Barack Obama but almost certainly three. Jackpot!

And, as fate would have it, shepherding the next nominee, aside President Obama, will be a still grinning Joe Biden—now elevated to the vice presidency. Biden is poised to again ensure yet more decades of Roe v. Wade, this time openly, and at new levels that even pro-choicers would have never imagined—and with Republicans unable to stop him. Biden can thank roughly 50 million Christians, including his fellow Catholics, for that ability.