Our Innocent Stuff vs. Guilty Government 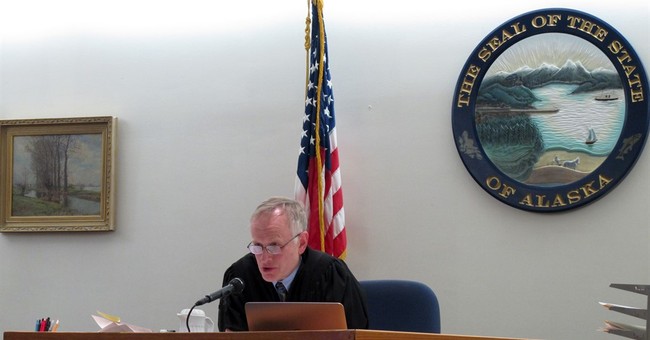 Government is supposed to defend our rights, including rights to property. When it doesn’t — or when in the course of its job it takes our stuff without due process — it ceases to justify its own existence, appearing to all intents and purposes like just another criminal gang.

Through both criminal and civil forfeiture laws, governments can seize property used in — or the proceeds of — criminal activity. Criminal forfeiture requires that a person be charged and convicted of a crime to transfer title to government. That is due process. Civil forfeiture, on the other hand, allows governments to take people’s stuff without being convicted — or even charged — with a crime.

That is not due process.

No surprise, then, that 87 percent of asset forfeiture is now civil, only 13 percent criminal. And governments are grabbing more and more.

The Institute for Justice’s new report, Policing for Profit: The Abuse of Civil Asset Forfeiture details this “big and growing problem” that “threatens basic rights to property and due process.”

“[F]orfeiture revenue has exploded,” according to the report, with the federal financial haul expanding ten-fold since 2001. The 14 states with available data on forfeiture more than doubled their take from 2002 to 2013.

“Every year, police and prosecutors across the United States take hundreds of millions of dollars in cash, cars, homes and other property — regardless of the owners’ guilt or innocence,” IJ’s researchers document.

Once robbed, the innocent victims are left to spring for an attorney, and the resultant legal fees, in order to sue the government to get their stuff back. Those who attempt to get justice, the report notes, “will likely face long and costly litigation in which the government has the upper hand. . . . In civil forfeiture cases, unlike criminal prosecutions, there is no right to counsel. . . . But going without legal representation is not much of an option: Challenging a seizure often involves filing court documents and paying various fees according to a strict timetable, not to mention at least one court appearance.”

An incentive to steal?

“In most places, cash and property taken boost the budgets of the very police agencies and prosecutor’s offices that took it,” explains an accompanying IJ video. And the group’s investigation also concludes that, “Nearly all expenditures [by law enforcement] of forfeiture proceeds are hidden from public view.”

How much money are we talking about? When civil forfeiture began in 1986, the Justice Department reported $94 million in forfeiture revenue. By last year, that amount had metastasized an incredible 4,667 percent to $4.5 billion (with a “B”). That doesn’t even count seizures by the IRS and other federal agencies, nor all the seizures by state and local police.

Reform efforts in Congress, led by Sen. Rand Paul (R-KY) and Rep. Tim Walberg (R-MI), have, not surprisingly, gone nowhere. There has been some improvement in the states and localities: more transparency, restrictions on the use of money and items seized, and a greater level of evidence mandated for such takings. Earlier this year, New Mexico’s legislature ended civil forfeiture altogether, now requiring a criminal conviction to seize property.

Yet, while state and local measures take a step forward, the Feds are pushing two steps back.

“Even in states that have passed reforms,” writes the Washington Post’s Radley Balko, author of Rise of the Warrior Cop, “the Justice Department’s equitable-sharing program allows police and prosecutors to get around those restrictions so that their forfeitures are controlled by the more law enforcement-friendly federal standards.”

“Policing for Profit finds that DOJ equitable sharing payments to state and local law enforcement nationwide more than tripled between 2000 and 2013, jumping from $198 million to $643 million,” informs an IJ news release.

Back in January, the Department of Justice announced changes to its so-called “equitable sharing” program, however, “IJ’s analysis of DOJ data shows the new policy is unlikely to reverse the upward trend. It targets a small slice of the program, the federal ‘adoption’ of locally seized property, and largely leaves intact joint task force and investigative seizures. Such joint operations accounted for 82 percent of DOJ equitable sharing proceeds from 2000 to 2013.”

“Defenders of these policies often claim that they’re necessary to prevent ‘ill-gotten gains’ from big-time drug dealers and other criminals,” notes Mr. Balko. “But IJ was able to obtain figures on the amount of money or value of assets forfeited per suspect from 10 different states. The median amount ranged from $451 in Minnesota to $2,048 in Utah. These aren’t kingpins. In fact, even the upper end of that range is far below what it would cost an innocent owner to hire an attorney to win back what was taken.”

When the fundamental principles undergirding our liberties are being systematically ignored, eroded, violated, what should we do?

“The best solution would be to simply abolish civil forfeiture,” argues Lisa Knepper, who co-authored the report as IJ’s director of strategic research. “No one should lose their property without being convicted of a crime, and law enforcement should not profit from taking people’s property.”

There is a critical principle at stake. Two principles, actually: first, our property rights and, second, the most basic protection of citizens, namely, that we are indeed innocent until proven guilty.

And so is our stuff.