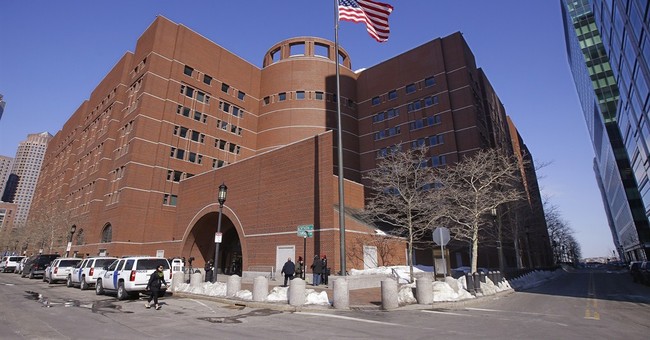 Who is your state’s attorney general?

It’s an awesomely powerful position. And it is therefore worth asking any future candidates for that office by what clear principles of justice, fairness, impartiality and even mercy they will abide.

They will all, no doubt, claim to be “tough on crime” — and yet “fair.” But what exactly will that mean? It might entail uber-toughness on political opponents, even going so far as to launch witch hunts to turn them into criminals.

All while claiming to be exceedingly fair.

Six years ago, as longtime readers might remember, my life was turned upside down by Oklahoma’s then-Attorney General Drew Edmondson, who charged three of us — dubbed the Oklahoma 3 — with felony conspiracy for our involvement in a petition drive to put a state spending cap on the ballot. In the end, after a year and a half of living under the threat of ten years in prison, the AG dismissed his own trumped-up political indictments.

Only one “crime” was ever committed: the AG’s malicious prosecution. He violated our civil rights. I am not alone in believing that his prosecution was a deliberate attempt to scare us (and distract us) away from the very political activity that makes America so different, so great. But it was activity that got in the way of the plans of insiders in Oklahoma government.

This week I traveled to South Dakota to release an 18-page report on the prosecution of Dr. Annette Bosworth by Attorney General Marty Jackley. Bosworth goes on trial in a little over a week on twelve felony counts carrying a maximum penalty of 24 years in prison (and $48,000 in fines).

No. She circulated petitions. From my research, her threatened penalty is the most severe any American has ever faced on a petition-related charge. Conversely, the transgressions alleged against Dr. Bosworth are arguably the least sinister I’ve seen prosecuted.

Nominating petitions to place her name on last year’s GOP primary ballot were available at her office for patients and visitors to sign. During that time, the doctor traveled on a medical mission of mercy to help victims of a terrible typhoon that devastated the Philippines. While she was gone, 37 people — including her sister — continued to sign the petitions at her office.

When Dr. Bosworth returned and the petition period came to a close, she signed as the circulator of those six petitions. But the circulator statement is a legal affidavit, which reads that she witnessed each and every signature being affixed, eyeballing the pen hitting the petition.

That’s simply not true for those 37 signatures.

While I can personally empathize with Bosworth’s situation, my report was focused on something arguably more important: the impact such an over-the-top prosecution has on the people of “the other Sunshine State” — on, say, the woman now considering a run for public office or the fellow thinking about helping to gather signatures on a ballot issue . . . or for a candidate he believes in.

Will they choose to participate?

Our election system should be open and welcoming. Not frightening.

That doesn’t mean that petition rules shouldn’t be enforced. Indeed, they must be. Usually, practitioners and advocates of the citizen initiative process complain that state and local officials decline to prosecute wrongdoing. But as in all law enforcement, it matters that it be performed in a consistent, non-partisan and reasonable way, not by coming down in draconian and disproportionate fashion.

And not singling out someone the AG just happens to have been at odds with personally and professionally for many years. The battles between Jackley and Bosworth range from Medicaid disputes to a land raffle to fights over Bosworth’s medical license, which perhaps not incidentally will be lost should she be convicted of even one of the alleged 12 felonies she is now facing.

In one tussle with the South Dakota Board of Medical and Osteopathic Examiners, a reporter on CNN suggested that Dr. Bosworth’s problems began with a letter she wrote to the editor of the newspaper questioning SDBMOE’s policies: “Dissent gets you investigated if you are a doctor in South Dakota.”

But certainly it’s difficult, if not impossible, to sort out who is right or wrong in all of these disputes. Maybe Dr. Bosworth is a troublemaker. Maybe Jackley is a bully. But even without drawing any specific conclusions, when a long and adversarial relationship precedes such harsh penalties for what appear to be relatively minor missteps, it does necessarily ring alarm bells for what former State Sen. Gordon Howie gently called “legal (or political) over-reach.”