Their Right to Your Money 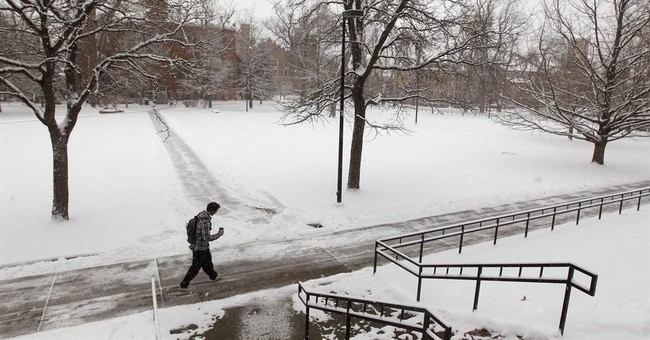 Now, as the federal 10th Circuit Court of Appeals put it, “Plaintiffs claim that they have been deprived of their power over taxation and revenue.”

Back in 1992, the pesky people of Colorado petitioned the Taxpayer Bill of Rights onto the ballot and passed it, against the objections of these same potentates. And in the 22 years that followed, the aggrieved politicians have had neither the courage nor the democratic sensibility to take the issue back to the voters.

Why try to reason with the unwashed Rocky Mountain State masses about what is in their own best interest? Instead, the politically powerful have hired top-notch lawyers to sue in federal court to overturn the vote of the public they — ahem — serve.

For the people’s own good, no doubt.

Known by the acronym TABOR, the popular constitutional amendment limits the growth of government spending from year to year to the rate of inflation plus population growth — unless the people vote to approve higher spending levels. The amendment also requires voter approval for any tax increase, except in an emergency.

“We’re the only state in the nation,” wails Wade Buchanan of the liberal Bell Policy Center, “where you can only raise revenues, taxes, by a vote of the people.”

Heavens, what more vicious crime against humanity could there possibly be than public servants having to ask the people they work for if they can tax more or spend more of the people’s money?!

It frighteningly approaches a system of citizen control of government.

In fact, the bizarre legal theory behind the lawsuit complains that TABOR, by limiting the legislature’s ability to unilaterally raise taxes or spend money as it pleases, denies state government a “fully effective legislature.” Therefore, these learned leeches lament, TABOR violates the federal Constitution’s guarantee that each state possess a republican form of government.

Coloradans no doubt agree (same as their fellow Americans in the other 49 states) that their legislature is not “fully effective” — though, certainly not because legislators are restrained from taxing and spending to their hearts’ content. But the idea that the people exercising their authority to democratically check the power of their representatives is somehow “unrepublican” is preposterous.

Representative government is indeed a key feature of republican government. But, though virtually forgotten in our modern times, actually representing the will of the people is the entire point of that representative system. Folks back in 1776, just as today, had farms and jobs and families to take care of and didn’t have the time to make every decision affecting public policy or managing the minutiae of running government. So, they chose a few to represent the many.

Representatives are servants, not kings. At least, that was the original idea. As James Madison, the father of the U.S. Constitution, put it, the people are “the fountain of all power.” Apparently, once politicians get drunk on power they want to turn off that fountain.

This lawyerly attack on citizen control of government is silly and sophomoric, but it is also extremely dangerous.

“Special interests can employ this theory,” warns constitutional scholar Rob Natelson, “to destroy well-founded and long-standing safeguards against legislative fiscal abuse. Furthermore, they can use the same theory to attack the voter initiative and referendum process, and other constitutional limits on the power of state politicians.”

No court has yet ruled on the merits of the case, or the obvious lack thereof. But a federal district court judge decided state legislators do have standing to bring the lawsuit. That ruling was appealed to the 10th Circuit, which recently agreed with the district court that these politicians can sue the people of Colorado over the legislators’ “right” to tax and spend without a bunch of pesky voters getting in the way.

Those who founded our republican form of government would be absolutely astounded that today’s politicians would have the temerity to bring such a suit, much less that modern judges would allow it to proceed . . . if those Founders could only be stopped, first, from spinning in their graves at such high rates of speed.