At the End of the Day

Paul Greenberg
|
Posted: Nov 08, 2016 12:01 AM
Share   Tweet
The opinions expressed by columnists are their own and do not necessarily represent the views of Townhall.com. 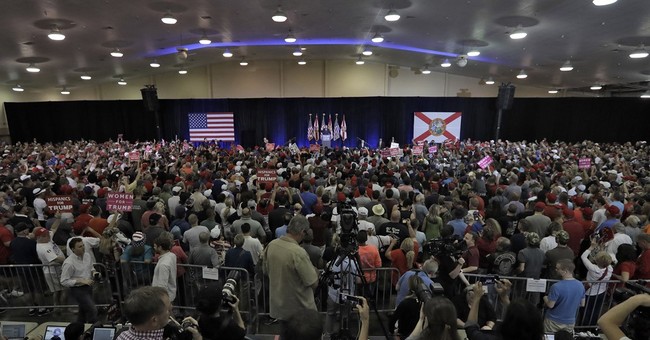 The light shines bright on my old Arkansas home. October was brilliant, something else we in Arkansas tend to take for granted about this small, wonderfully interwoven state. Let Texans brag about how big their state once was in comparison to all the others -- before Alaska became an empire of its own based on the same claims Texans once made about their state: oil and sheer size. Size may make indeed make an empire but never a home.

It's all enough to give this old-timer a severe case of nostalgia, which someone once defined as homesickness for the past. Oh, for the glory that was Greece, the grandeur that was ... Grady. Yes, Texans might once have gloried in the oil derricks that sprouted from Midland in the west to Kilgore in the eastern part of their vast domain, but Arkies can take pride in simpler, better things, like our close ties. For if nobody you know may have gone to the same college or law school you did, then it's a safe bet he or she went to the same barber or beautician. ("Remember old Speed at the Town & Country shopping center? He could always squeeze you in at the last minute and throw in a good story on top of it as an extra added bonus. And that old .38 caliber Smith & Wesson he kept handy testified to his firm belief in the Second Amendment and all rights and privileges pertaining thereto.")

Me, the best I can do is carry my concealed weapon permit with me and prepare to wave it menacingly at anybody who dares confront me. Fat lot of good that should do. It's been better than half a century since I qualified with a .45 at Fort Sill and walked away with relief, my poncho draped over my fatigues. Serving in the U.S. Army may have been the second most educational experience of my life, the first being helping to rear teenagers, which doubtless hasn't become any easier since.

Even back then, helping to rear a teenager was enough to send me for a consultation with my friend, neighbor and spiritual counselor, the Venerable Reverend Richard Milwee. He just smiled understandingly. For he doubtless had heard the same sad story about the travails of what was then considered modern-day parenting from many of his congregants. They had no way of anticipating what concerns awaited today's postmodern, post-manners moms and dads. For each generation seems to operate under the delusion that theirs is the first to encounter such an experience.

So hold on for still another trip on this carousel. The faster it goes, reducing time itself to just another blur, the sooner it will be before we all leap off into eternity. Even now I can see the assemblage of ghosts there waiting for a happy reunion. As I'm sure you can, too, as you grow older. Everybody has his own favorite vision of the bucolic, beatific last day. And what a happy day that will be! See you there. You can count on me, if for nothing but memories and everlasting hopes.