American Letters: The Best and Worst

Paul Greenberg
|
Posted: Mar 08, 2016 12:01 AM
Share   Tweet
The opinions expressed by columnists are their own and do not necessarily represent the views of Townhall.com. 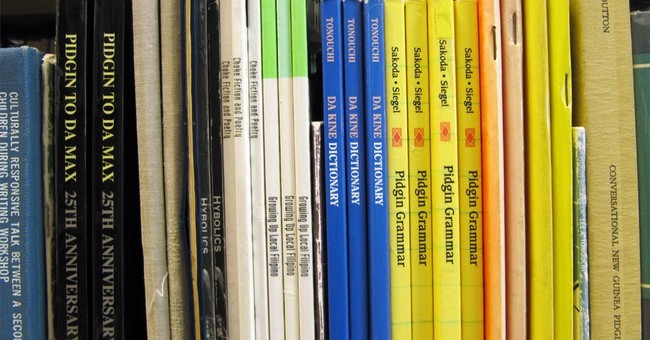 Ranking books is a lot more fun than writing one, as any would-be author can testify. Let's begin on a positive note by naming some of my favorites. It may be an idiosyncratic list, but as the old woman said when she kissed the cow, there's no accounting for taste. Some may say there's no point arguing over taste, but there may be nothing else so worth arguing about. For taste is the ultimate, and most revealing, achievement of the civilized mind. So here goes.

The best books of our era:

1. Henry Adams, "The Education of Henry Adams." The author makes a convincing case for the decline of American civilization in his century. May it continue to decline for centuries to come in good health.

2. Whittaker Chambers, "Witness." A combination of spy story, spiritual journey and great literature. Written by a troubled soul convinced he was choosing the losing side in the Cold War -- the Marxist dialectic told him so -- but who, improbably enough, wound up on the winning one.

3. G.K. Chesterton, "Orthodoxy." A book anything but orthodox in its defense of faith in this secular age.

4. Douglas Southall Freeman, "R.E. Lee." A masterful multi-volume account of the tragedy that befell the South and its greatest son.

5. Eugene Genovese, "Roll, Jordan, Roll." Call him the Marxist of the Master Class, an appellation also applied to John C. Calhoun. A mix of social analysis, cautionary tale and refined judgment unlikely to be surpassed in our time or any other.

Now for the worst books of the century, which may be more fun to choose -- but it ain't easy to pick from the plethora available.

1. The very worst has to be Margaret Mead's "Coming of Age in Samoa." The natives found her so gullible they filled her head with the wildest stories -- and she took them seriously.

2. Lillian Hellman, "Scoundrel Time." Written by no mean scoundrel herself.

3. Alger Hiss, "Reflections on a Life." Dedicated to living a lie he could not deny nor escape.

4. John Reed, "Ten Days that Shook the World." Let's just say this is a Potemkin Village in words. He came, he saw, he was conquered.

5. Alfred Kinsey, "Sexual Behavior in the Human Male." Specifically one human male with a gift for fantasy: himself.

Of the making of books there is no end, as Scripture tells us, but of the making of bad ones there is such a profusion there's no keeping up with them. Only the most influential in their time may leave a faint memory -- such as Beatrice and Sydney Webb's "Soviet Communism: A New Civilization?" It turned out to be only the newest barbarism. For millions around the world.

Where to begin -- or end -- a list of bad books? Not to say gosh-awful ones. And new ones keep being turned out all the time. No such list would be complete without Margaret Sanger's "Women and the New Race." The founder of Planned Parenthood was bound to make such a list, for she welcomed the wonderful new "science" of eugenics in the late 19th century.

Woodrow Wilson's magnum opus shouldn't be omitted from any such list, for the American president was so intoxicated by his dream of a League of Nations that he forgot it was but a dream. Or rather a nightmare. Just imagine a world (mis)governed by the United Nations. It was left to the sage of Baltimore, the late great H.L. Mencken, to sum up President Wilson's magnum opus, "The New Freedom," as a summation of "the whole Wilsonian buncombe ... its ideational hollowness, its ludicrous strutting and bombast, its heavy dependence upon greasy and meaningless words, its frequent descents into mere sound and fury, signifying nothing." That description brings to mind today's naifs who go into raptures over the league's successor, the United Nations, or just takes that outfit at its worthless word -- whether in Syria or anywhere else.

How about Timothy Leary's "The Politics of Ecstasy," a drug-induced fantasy in print? Or Peter Gay's "The Enlightenment: An Interpretation," which turned out to be a cliche-clotted misinterpretation? Or Wilhelm Reich's "The Function of the Orgasm"? Trying out one of his magic orgone boxes would make you happy, wealthy and wise -- or at least make him wealthy. Much like Woody Allen's dream of an orgasmatron, it was only an example of comic imagination. Only without the comedy or imagination.

Then there was B.F. Skinner's "Beyond Freedom and Dignity," which was also beyond belief. It reduced the spiritual to the material, and the material to the silly. In "The Age of Jackson," Arthur Schlesinger Jr. claimed to see some kind of working man's champion in Andrew Jackson -- an economic ignoramus whose war with the Bank of the United States destroyed any hope of the country's having a modern financial system for years if not decades as well as a ruthless Indian fighter and a duelist of some talent and practice, but with little other talent except unremitting fury when provoked. And he was provoked with great regularity. His one redeeming quality was his devotion to the Union, for which those attached to it will be forever grateful. But one virtue does not a virtuous man make.

Jerry Rubin's "Do It!" was a book he should never have done.

What's your favorite non-favorite? There are so many to choose from. Have fun.