History Repeats Itself -- But Who Notices? 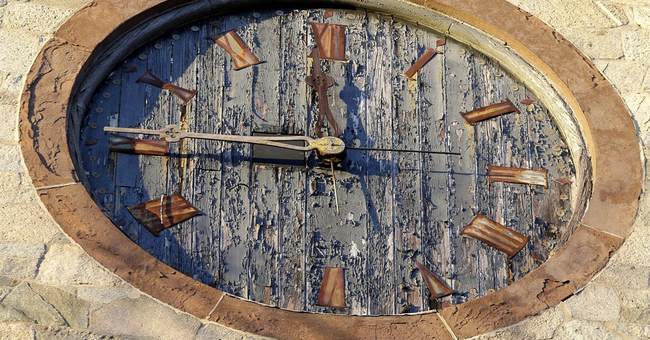 Observers unburdened by historical memory may not realize how old and familiar this "new" Russia is. As the shale revolution in this country undermines Russia's petroleum-based economy, and it slips into economic recession, Russia is back to being The Bear That Walks Like a Man -- except the bear isn't just on the prowl again but on the prey.

The results are all too evident: This new-old Russia has launched one war after another to put its old Stalinist empire back together again after the years of peace and stability that Western leaders like Ronald Reagan, Margaret Thatcher and John Paul II ushered in as communism collapsed back in the 1980s. But all that seems like ancient history now and, like ancient history, is all too forgotten.

Now a resurgent Russia, taking advantage of this administration's retreat around the globe, has seized all of Crimea, not to mention part of Georgia, and is going on to seize a good-sized slice of eastern Ukraine, too, in the guise of a home-grown separatist movement. Even though these invaders are based and supplied just across the border in Russia -- or what used to be the border before it was erased.

Russia's new tsar, commissar and president-for-life has defended all these aggressive moves by taking refuge in what Dr. Johnson called the last resort of a scoundrel: patriotism. Only in the case of V. Putin, it's usually the first. The defense of aggression he offered the other day in an hour-long harangue before Russia's tame parliament was fully worthy of the old KGB apparatchik he is. At one point Comrade Putin evoked the spirit of his country's Great Patriotic War against Nazi Germany, warning the West not to risk Hitler's fate.

What he did not mention was the old Nazi-Soviet Pact, which was announced when Stalin and Hitler, those old ideological enemies, suddenly became fast friends in 1939 and divided Poland between them, setting off a world war a week later. That unholy alliance lasted two years, and Communist Parties around the world, always tools of Moscow, applauded it in strict conformity with the party line. Well-trained stooges -- also known as useful idiots by the party's ideologues -- fell all over each other in their haste to explain that Comrade Stalin always knew best.

This 180-degree turnabout happened overnight, and the party's fellow travelers went right along with it. As though nothing had changed. It was like a scene out of Orwell's "1984": One day the telescreen announces with a blare of bugles that Oceania is at war with Eastasia, has always been at war with Eastasia, and that it's always been the hated enemy. The past is not just erased but reversed in an instant. And anyone who remembers it is headed for the gulag.

Then, a couple of years later in the summer of 1941, the Nazis launched their surprise attack against Russia, and Oceania was at war with Eurasia again. And the ever gullible fell into lockstep again. Today's new ruler of all the Russias can depend on an ever-amnesiac West to swallow his highly selective version of history as he seeks to portray Stalin as some kind of freedom fighter.

For anyone with an historical memory, last week's news provided a whole banquet of such ironies. The menu included the spectacle of Edward Snowden, the American turncoat who's now a man without a country, posing as a great defender of open government from his sanctuary in one of the world's most closed societies, the not so new Russia. It happened during the course of a long-distance speech he gave to the Swedish parliament accepting an award for his defense of, get this, "human rights."

Yes, this is the same Sweden that, when the Nazi-Soviet Pact was in full rancid flower, and even afterward, stayed "neutral" in favor of Nazi Germany -- as long as Hitler was winning. If anyone still remembers, the Swedes served as a major source of natural resources and supplier of war materiel for Hitler's war machine. For those were the years when fascism was The Wave of the Future, just as Communism would be, and Islamism is now. The ironies abound. But it may require an historical memory to notice them.