Quality Education -- For All 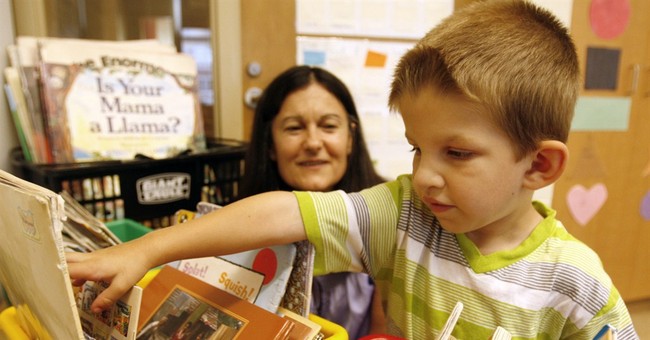 A trial judge in California has now delivered a resounding decision in the great tradition of Brown v. Board of Education -- yes, the case that sounded the death knell for Jim Crow in public schools after half a century of legally established and maintained racial segregation.

This case is styled Vergara v. State of California, but it might as well be named Poor Kids v. Teachers' Unions, and this time the kids won one.

In a blow for equality of opportunity in his state, and maybe in this country, His Honor Rolf M. Treu of the Los Angeles County Superior Court struck down California's ridiculous laws governing teacher tenure. The kind of laws that bosses of teachers' unions love but that can keep lots of kids in poor and racially isolated neighborhoods from getting a decent start in life.

As the judge noted, laws that let incompetent teachers keep on miseducating kids in failed schools "impose a real and appreciable impact on the students' fundamental right to equality of education."

It was only fitting that the plaintiffs who brought this case to court should be nine children, as in the Little Rock Nine who challenged racial segregation in another time -- the Little Rock Crisis of 1957. Once again it is the kids, millions of them, whose futures are at stake. This time they're threatened by the elaborate systems of teacher tenure and mountains of red tape that protect the most incompetent teachers in our public schools -- the kind of teachers who have destroyed the hopes of children and their families for generations.

Judge Treu struck down things like the "last-in, first out" rule that puts seniority above all other considerations when it comes to laying off teachers, especially those who should have been forced out years ago. You could almost hear the deadwood in so much of American education shake as His Honor handed down his decision in plain, to-the-point English. For it's not easy -- indeed, it's well-nigh impossible -- to get rid of bad teachers in California, or as Judge Treu noted in his Parade of Horrible Examples, it took Los Angeles $3.5 million over the last decade to fire only seven teachers for their poor performance, or rather try to.

Only four of those menaces to kids' education were finally shown the door, two collected lavish settlements, and one stayed on the payroll to go on crippling the next generation. And generations. Pitiful. Also wasteful and shameful. Which is why the judge's decision in this case is a heartening victory for quality education, not to mention truth, justice and the American Way.

Every year, every day, lost in a child's education is invaluable, and hard if not impossible to make up. And every day these poor excuses for teachers stay in the classroom, the damage they do to children's lives is incalculable.

In his eloquent decision, it was only right that His Honor should cite Brown v. Board of Education, the landmark decision of the U.S. Supreme Court in 1954 which declared that an opportunity to get an equal education "is a right which must be made available to all on equal terms . . ." The emphasis is the judge's, but it ought to be every American's. For we all have a stake in the coming generations, rich or poor, black or white or Latino or Other -- for they're all Americans. In that sense they're all ours.

The word on the street, or rather in courthouse corridors and departments of education, is that this landmark decision could ripple out all over the country. For some of us, those ripples can' get here fast enough.