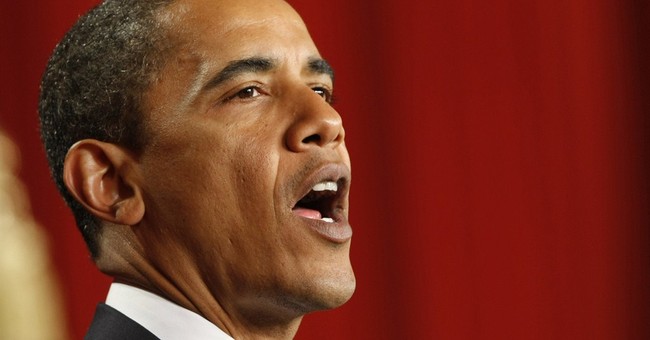 You knew this would happen. So did anybody else who's followed how this administration operates. Sure enough, those four State Department types singled out for their roles -- or lack thereof -- in protecting our diplomats at Benghazi are now back on the payroll. Not that they were ever off it. After a lick-and-a-promise self-investigation by State, they were formally suspended with pay, that is, given a paid vacation till the scandal blew over, and the American people could be expected to forget all about that late unpleasantness.

When these four bumblers were given new assignments by the new secretary of state, who sounds a lot like the old one, it wasn't big news. The expected seldom is.

A fifth official involved in this continuing scandal, or rather so uninvolved she could preside over the whole bloody debacle at an American outpost with her usual combination of indifference and ambition, the Hon. Hillary Clinton, now has gone on to lay the groundwork for her next promotion: to president of the United States.

Far from resigning after this calamity-cum-cover-up, Our Lady of Benghazi dismissed the whole subject as unworthy of her attention, or as she put it so eloquently and unforgettably: "What difference at this point does it make what we knew and when we knew it....?"

That quote ought to appear on every one of her campaign posters and bumper stickers when she runs for president in '16 as a fit successor to the current fakir in the White House.

Lest we forget, there was another character in this tragedy and farce. The Hon. Susan E. Rice was given the thankless job of spreading the cover story after the killings. A story that was already sounding phony even as she dutifully repeated it on all the network news shows: that the attack on the American compound at Benghazi was the result of a demonstration against an amateurish video. Uh huh.

Any admission that a terrorist organization with links to al-Qaida was responsible for the murders might have conflicted with the carefully cultivated campaign myth that our ever-vigilant president had eliminated any great danger from that quarter.

Susan Rice, who was our ambassador to the United Nations at the time, may have been slated to become the next secretary of state before this fiasco was exposed, but after she took the fall for spreading this preposterous tale, she had to settle for being named the president's national security adviser. That's right: an adviser on security. After her dubious "explanations" of what had happened at Benghazi.

Leave it to the ever-articulate Camille Paglia, who's not only a classicist but an exemplar of pagan eloquence at its sharpest, to sum up Hillary Clinton's eminent qualifications as the next Democratic nominee for president of the United States.

Miss Paglia has a tongue you could cut a hedge with, as the Irish say. And this is what she said about Hillary Clinton in an interview with Salon.com posted last week, after she'd begun by describing the putative Democratic presidential nominee as having "more sooty baggage than a 90-car freight train":

"And what exactly has she ever accomplished -- beyond bullishly covering for her philandering husband? She's certainly busy, busy and ever on the move -- with the tunnel-vision workaholism of someone trying to blot out uncomfortable private thoughts.

"I for one think it was a very big deal that our ambassador was murdered in Benghazi. In saying 'I take responsibility' for it as secretary of state, Hillary should have resigned immediately. The weak response by the Obama administration to that tragedy has given a huge opening to Republicans in the next presidential election. The impression has been amply given that Benghazi was treated as a public-relations matter to massage rather than as the major and outrageous attack on the U.S. that it was.

"Throughout history, ambassadors have always been symbolic incarnations of the sovereignty of their nations and the dignity of their leaders. It's even a key motif in King Lear. As far as I'm concerned, Hillary disqualified herself for the presidency in that fist-pounding moment at a congressional hearing when she said, 'What difference (at this point) does it make what we knew and when we knew it, senator?' "

Camille Paglia hasn't forgotten what happened to our people at Benghazi, and what happened afterward as this administration did everything but tell the truth about it. The American people shouldn't forget, either. I certainly don't intend to. Ever.