The Answer to Everything 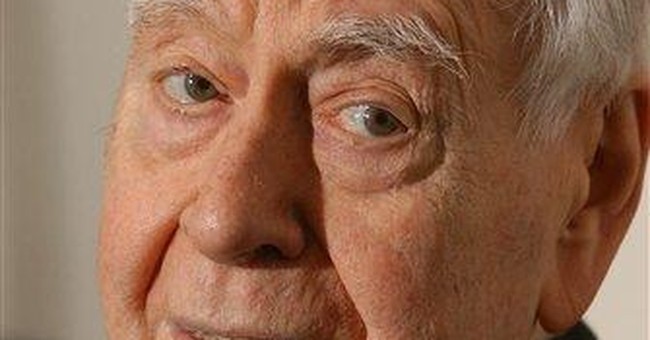 "For every complex problem there is an answer that is clear, simple and wrong."

The Great Explainer is at it again. Every era has one, or maybe quite a few if it's as enlightened, liberated and gullible as our own. Think of the 1920s, when Freud was a rising star, Marx was about to be, and Charles Ponzi had figured out a way to make any investor millions. Now we have Bernard Madoff, and our great explainer is Malcolm Gladwell.

Who he? He writes best-sellers, which may be the most damning of judgments on the popular taste of our time -- apart from some of the fare on television.

Malcolm Gladwell's specialty is the kind of pseudo-intellectuality designed for the carriage trade, and delivered with an air of insight -- and only the air. Pretentious, and ponderous, it's mostly piffle -- when it's not just plain wrong-headed.

Should you think I exaggerate the combination of vast ignorance and baseless condescension represented by the Literary Works of M. Gladwell, just take a look -- if you can bear it -- at the August 10-17 issue of The New Yorker. It features Mr. Gladwell's expose of Atticus Finch, attorney-at-law. That's right: the hero of Harper Lee's "To Kill a Mockingbird," that staple of high-school English courses.

You wouldn't recognize the book or the South in general from Mr. Gladwell's account of the trial that is the centerpiece of the book. He quotes a legal expert's solemn judgment that Atticus Finch's defense of Tom Robinson is all wrong. Indeed, that it amounts to an abuse of an innocent young woman who was victimized by the defendant. By the same logic and evidence, the Scottsboro Boys -- who would spend years establishing their innocence of rape charges -- should have been executed as a tribute to white womanhood.

Our author blames Atticus for choosing to save an innocent man rather than using him as a martyr in the cause of civil rights (much as the Communist Party used the Scottsboro Boys), and for conspiring with the local sheriff to avoid dragging a recluse who can't stand the light of day -- Boo Radley, every little Southern town's bogeyman -- through a pointless public trial. Which would have been torture for Boo, and in the end would have proved only that he was guilty of justifiable homicide.

Mr. Gladwell skips over Atticus' classic summation to the jury, with its appeal to the Old South's ideals of justice, honor and noblesse oblige. That speech is about as fine and concise an examination of the Southern psyche of the time as you'll find anywhere. It captures the ethos of a South on the cusp between Jim Crow and the two great revolutions that transformed the region: racial integration and air-conditioning.

The Gladwells among us, and they are legion among the chattering classes in academia and out, see the obvious readily enough, namely that the Cavalier ideals Atticus Finch represents, and appeals to in the trial of Tom Robinson, had been perverted by the South's original sin: Negro slavery.

But these sages are oblivious to what should be just as clear: For ideals to be perverted, they must exist in the first place. They must be real. But in their blindness, and in their rush to congratulate themselves on their superior insight, the Gladwells must deny not just the perversion but the ideals themselves, and especially the personification of those ideals in someone like Atticus Finch. The result: Having set out to expose Atticus, our author succeeds, once again, in exposing only himself.

Can the man have ever set foot in a small Southern town, let alone lived in one? For he seems to write from a vast well of inexperience in which one's world is just a set of impersonal power relationships rather than lived experience. He derides Atticus Finch's view of his town as a community of individuals, each with his -- or her -- own set of peculiarities, all bound together by personal connections and a common code.

Instead, the Gladwells among us would have us see Atticus Finch's world as but a sociological construct of abstract groups, a view that lies at base of today's empty, depersonalized and in the end deeply unsatisfying identity politics.

Before now, I have to confess, I never thought of "To Kill a Mockingbird" as The Great American Novel, but only as a good read with a moral lesson thrown in here and there for young people. But after reading Malcolm Gladwell's complete misunderstanding of it, the book is starting to look like a literary masterpiece.

For lagniappe, Gladwell drags in the Leo Frank lynching in Atlanta, which was about as characteristic of the old, agrarian South as the noisy new industrialism that was invading it. He does so to bolster his claim, ignorant even by his standards, that "anti-Semitism of the most virulent kind was embedded in the social fabric of the Old South."

No doubt that's why the Confederacy chose a Jew -- Judah P. Benjamin -- as, successively, its attorney general, secretary of war and finally secretary of state. Or why the Confederacy had a much higher percentage of Jewish officers in its ranks than did the Union, or why, when Judah Philip Benjamin, Esq., was the subject of anti-Semitic insults, they would usually if not always come from Yankee politicians and generals.

Atlanta -- Leo Frank and urban sprawl and all -- is no more typical of the South than San Francisco is of the American West. (Here is the best and most concise explanation I know of why the South fought the Civil War: to keep Atlanta from happening.) As anyone who was raised in the Bible Belt ought to know, the South is actually the most philo-Semitic part of the country, or at least it was before it became as biblically illiterate as American society in general. This is what is known in our time as Progress.

In short, Malcolm Gladwell doesn't know jack about Harper Lee, "To Kill a Mockingbird," Atticus Finch, the South old or new, or much else. Which is why this latest little expose of his in The New Yorker, which so perfectly reflects the sad decline of that magazine from its glory years, is on a par with the rest of his best-selling oeuvre. As usual, the man who has an answer for everything has an answer for nothing.