Amateur Hour at the CIA 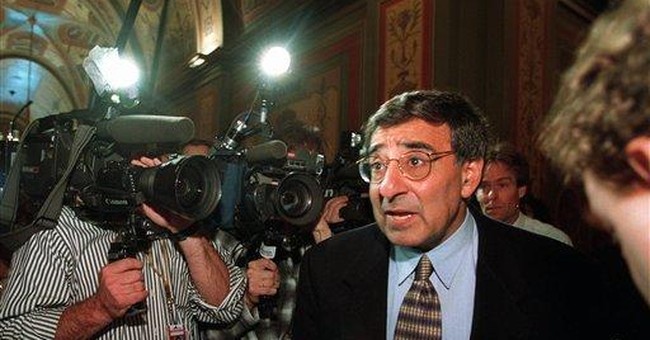 Barack Obama and his team of Cabinet-vetters and political balancers were doing so well there for a while. At key departments like State and Treasury, the president-elect was putting together not just a team of rivals but of tough, experienced, promising ones:

The new secretary of state would be the candidate he'd managed to edge out for his party's presidential nomination -- a politician who takes no prisoners, as anyone who's ever dealt with Hillary Clinton can testify. It's a tough world out there, and Barack Obama chose a tough woman to deal with it. By doing so, he let bygones be bygones, rose above a long series of hard-fought primary campaigns, and put the national interest first. Impressive.

Ditto his choice for secretary of the treasury, Timothy Geithner. As head of the New York Federal Reserve, he's been a key player in the Bush administration's dramatic moves to rescue the country's -- and the world's -- banking system. It took more than guts for the next president to have chosen as his secretary of the treasury a financial insider so intimately connected with the Bush administration. It took a willingness to put talent, however controversial, before political passions. Yes, impressive.

But how explain the un-nomination of Bill Richardson as secretary of commerce? Answer: Don't bother. Secretary of commerce is scarcely a key Cabinet position, and hasn't been since Herbert Hoover's day. By Henry Wallace's, it had become a place for a president to stash a politician he didn't quite know what to do with. Bill Richardson's having to decline a post in this administration -- something about a grand jury investigation -- is only an early, minor embarrassment for the incoming administration. It'll soon be forgotten. Every new administration is almost entitled to an early, minor embarrassment.

Then came the announcement of Barack Obama's choice as head of the Central Intelligence Agency -- no minor appointment when the country is involved in two wars (Iraq and Afghanistan) and a third, over-arching War on Terror. Of course, some of the president-elect's most ardent supporters may consider that last war just a figment of the Bush administration's imagination. For it's been almost eight years since September 11, 2001, and no nation forgets the lessons of history as quickly and regularly as good ol' amnesiac America.

If we've avoided another major terrorist assault on these shores, there can't have been that much of a terrorist threat in the first place, right? Or if there had been, it must be gone by now. (Forget London, Madrid and now Mumbai. Those attacks were just coincidences and no business of ours.) Surely this nation's escaping a repeat of September 11th can't be due to the active vigilance of an administration that the next president spent so much of his campaign deriding.

Who needs someone experienced in counterintelligence to head the CIA? What's needed is a mover-and-shaker, a party strategist and long-time congressman popular with the Democratic establishment, a chief of staff with exceptional organizational skills -- even enough to keep a notoriously disorganized president like Bill Clinton in vague control. In short, a nominee who knows a lot about Washington and isn't tainted by any connection with this CIA. Who else but ... Leon Panetta! He's got the right priorities: politics first and last, national security an afterthought. If that.

Barack Obama's choice of the Hon. Leon Panetta to preside over Langley says a lot about his own priorities: When it comes to getting the economy out of the ditch it's in, to heck with partisan politics. The next president wants an experienced financier who's been in the thick of (messy) things, never mind that he'll be a holdover from the Bush team. Much like the respected secretary of defense whom Barack Obama chose to keep on. After all, the economy, like the military, is important, indeed crucial. Politics be damned. Experience counts. Especially if these key officials are going to be working for a largely inexperienced president and commander-in-chief.

But who cares about the CIA? Why would the next president insist on experience in that job? What counts most in filling that portfolio is his party's prejudices against anyone associated with the current administration, especially anyone who believes in spying on terrorists, ferreting out their bank accounts, tracing their international calls and all the rest. That kind of experience may be a disqualifier when it comes to directing Barack Obama's new-age CIA.

Leon Panetta may know more Democratic pols and less about counterintelligence than anyone else Barack Obama could have chosen for this job. Which ought to make him a shoo-in for confirmation by this Senate.

As for protecting the country, well, who says the age of miracles is past? With an amateur in charge of the CIA, it'll be a miracle if the country gets through the next few years as safely as it has the years since September 11th. Keep the faith. They say God looks after fools, drunkards and the United States. Let's hope so.