Academe Then and Now 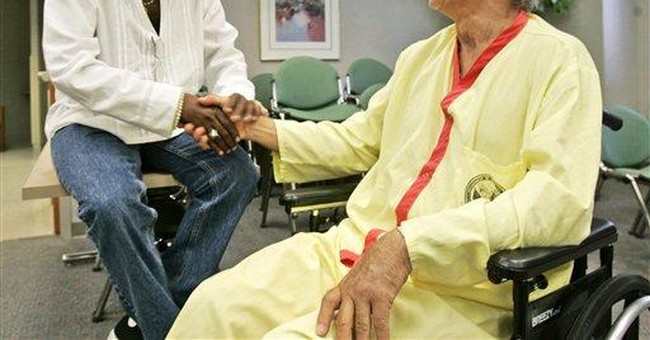 The invitation to my college reunion arrived the other day. No need to mention which one. Let's just say I got my undergraduate degree from the University of Missouri in the High Middle Ages. (The journalism school had just made the switch from stone tablets to parchment.)

The form the university's alumni association sent out had a space for Best Campus Memories, to which it had allotted a generous six lines. I couldn't have summed up my best campus memories if I'd had six pages. Besides the educational time I spent at The Green Door, where the beer was cheap and the jukebox featured Fats Domino, my fondest memories center around the remarkable history faculty that somehow coalesced at Columbia, Mo., during my student years. I'd gone there to attend journalism school but stayed to study under that rare constellation of teachers.

The history faculty seemed to consist entirely of professors who were either on their way to teach at places like Stanford or the Sorbonne, or on their way back from Oxford and Cambridge - and I'd caught them just when they were all on campus at the same time.

The remarkable thing about those teachers was not their scholarship, though theirs was indeed remarkable, but the immense care and patience - the tenderness almost - that they took with us students.

Here's one example of many: the professor who taught the freshman survey course in American history was from Virginia, which you realized as soon as he pronounced his first vowel.

I had a reading course with him. Being a Virginian, he was a devotee of Jefferson's, but he assigned me to read, among other works, Henry Adams' "History of the United States During the Administrations of Jefferson and Madison."

That would be Henry Adams, the great-grandson of John Adams, grandson of John Quincy, son of Charles Francis Adams, and naturally enough a thoroughgoing critic of everything that Mr. Jefferson, his great-grandfather's nemesis, ever thought, said or did.

Henry Adams' beautifully crafted words - his book is not only history but literature - reached across time and turned me into an Adams/Hamilton Federalist, which led to my becoming successively a Henry Clay Whig, then a Lincoln Republican, right through the whole successive conservative chain of ideas in American history to the present day.

At the time - the 1950s - conservatives were widely assumed to have no ideas at all. But only "irritable mental gestures that seek to resemble ideas," as the literary critic Lionel Trilling put it. All too accurately. For back then the right was as devoid of ideas as the left is now.

My staunchly Jeffersonian teacher - James L. Bugg - questioned me closely about the Federalist positions I defended. Nevertheless, he didn't just tolerate but encouraged other opinions. He even took me on as a graduate assistant. I wonder if such a thing would be possible now, in our ideologically driven day.

Now I realize how blessed I was to have encountered such teachers. At the time I took it as a matter of course. Talk about spoiled; I thought all graduate schools were like that.

I found out they weren't when I went on to an Ivy League school. Columbia University in the early 1960s was quite a step from the University of Missouri in the late 1950s. Quite a step down. At Columbia, ideology was already all. Even then education was rapidly giving way to indoctrination. Fail to toe the party line and you'd pay the price.

However devoted my teachers at Missouri were to their own carefully considered and deeply held ideas, their devotion to their students was greater. I still see their faces plain, and hear their voices clearly. And recall their exquisite tact even though half a century has gone by.

I pictured my old teachers again when I came across an article not long ago by a professor named Alan Kors. Its title: "On the Sadness of Higher Education." Why sad? Because the professor was remembering the breadth, the openness, the tolerance of his own professors many years ago, and contrasting it with the social agendas, political ultra-correctness, and general dumbing-down of the academy today.

The kind of professor Alan Kors so fondly remembers from his days at Princeton, and I remember so gratefully from Missouri, is now an endangered if not extinct species on American campuses. Hence the sadness of higher education today.