Lee and the Lingering South 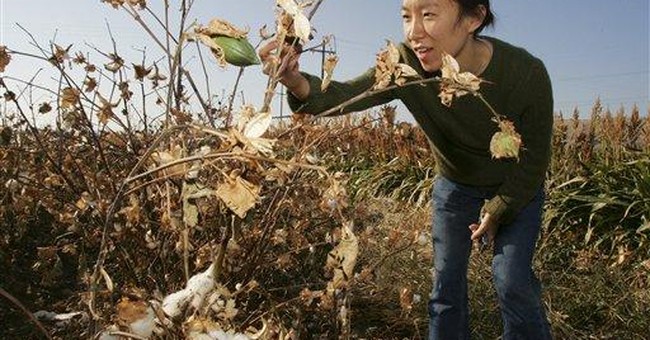 "What is the South?" they always ask. It's a question never answered, not completely, but invariably asked. Usually by some Northerner with a taste for literature. Or by sociology students in search of a thesis. Or by a college roommate at Harvard. (See Faulkner's "Absalom, Absalom.") I was first asked the question by a fellow graduate student at Columbia. ("What's it like, growing up in the South?") He asked it in the same tone one might inquire, "What was it like, living on Mars?" Southerners remain a fascination to others - almost as great a fascination as we are to ourselves.

These days, as we lose our distinctiveness, the question of Southern identity seems to be raised most by Southerners, who return to it like the tongue to an uneven tooth. As if we wanted assurance that we still exist. We know there's no sure answer to the question; we just delight in asking it - for the comfort and fellowship and pure pleasure of thinking about the South.

On this Lee's Birthday, the South seems only a lingering shadow of the great civilization-and-barbarism she once was, but that ended when? April 9, 1865, at Appomattox Courthouse? With the last great Southern novel, and which was it? When cotton was dethroned? When industry overtook agriculture, when the city took over from the country? Did the South end with the coming of air conditioning or of the two-party system? Or when the race issue ceased to be The Issue, and became just another Northern-style ethnic competition and/or collaboration?

The answer to that question always seems to come down to this: The South ended with the previous generation - which fits in well with the common perception that each generation becomes a little less Southern, a little more Americanized. It's like Zeno's Paradox about the hare who always halves the distance between himself and the tortoise, yet never catches up: Southernness is always fading yet never disappears. Our children will doubtless say it ended with us even as it continues in them.

Just as there are many Souths, so there are many Southernesses. And entirely too many simulacra. The Br'er Rabbit stories of Joel Chandler Harris become the cartoon characters of Walt Disney. The culture that was, or perhaps never was except in retrospect, leaves behind its faux ruins and living fossils. Phony artifacts litter the landscape: minstrel shows, accents you could lay on with a trowel, and all the other Gone-With-the-Wind routines for the tourist trade. A picturesque past replaces any usable one.

For a conquered people, there's always the satisfaction of hating. And so the Confederate battle flag may be waved at a racist rally. Or it may be tacked on or removed from a state flag for separate but equally confused reasons. Is there any symbol of the South - from "Dixie" to the Southern belle - that has not been commercialized, burlesqued, exploited, debunked, by turns celebrated and frowned on?

Yes. There is one who has withstood it all: Robert E. Lee. Not that there aren't always those who would use him for their own purposes, whether high or low. One is not sure who's worse: the professional Southerners who hide behind Lee or the professional debunkers who are always trying to expose him. In both cases, it is the use of Lee for some mundane polemical purpose that is the sin. Happily, there is always something unconvincing in such efforts. They inevitably fall flat, like a contrived moral attached to a fable so whole and complete that to comment on it seems superfluous, even sacrilegious.

Lee is present still, but not in the way other historical figures are. The mention of his name inevitably elevates, shaming his critics, calming his admirers, reminding all of what is truly important. Not victory or defeat but honor.

It's not clear just when the general left history and entered myth, but it is clear that he represents something more than the sum total of his battles or even his life. In the end, it is not what Lee did or did not do that explains his appeal. It is what he was, and still is. At least to some of us, the few of us left. You know who you are. And even if we were Legion, it would still feel as if we were few. Every January 19th, a stillness comes, and vainglory departs. A certain perspective sets in.

It is not his victories that elevate Lee. It is Lee who elevates his victories, and in the end elevates his defeat. It is his acceptance of all things with honor that makes the conventional meaning of victory and defeat inapplicable in his case. He was the same Lee after Chancellorsville as he was after Appomattox.

The historians who have tried to crack the alabaster mystery that is Lee and unveil some complicated mechanism whirring deep within have succeeded only in shattering their own theories. They keep running up against the serenity of the man and the myth, and can't be sure which is which, or even if there is a difference.

Once fluency has replaced deliberation, and deconstruction supplanted simplicity, of course Lee would become a mystery. His motives seem inexplicable in this time because he explained them so simply in his own: duty, honor, country. (His country was not even the South but Virginia - a concept of loyalty beyond the mobile, modern bicoastal mind.)

Lee's was but the code of the gentleman. But who now can remember what a gentleman was? Therefore we conclude that there never really was such a thing. We assume there had to be some self-interest in Lee, and that we can find it if we just keep chipping away at the marble man. Shard by shard, we will yet explain him, until his spell lies shattered into a hundred different pieces. Instead, it is we who are shattered, revealed as incomplete, broken and, worse, unaware of it.

Modernity, which is another name for the American experience, is incapable of seeing wholeness. And it is his wholeness that explains Lee's emotion without sentimentality, his mythology without fictiveness.

Lee did not exult in victory or explain in defeat. At Chancellorsville, arguably the most brilliant victory ever achieved by an American commander, his thoughts seemed only of the wounded Jackson. As if he understood that losing Jackson would be to lose the war, that nothing would be the same afterward. At Appomattox, he was intent on the best terms he could secure for his men. His own fate did not seem to concern him except for the ways in which it might affect others - his family, his countrymen, the next generation. From beginning to end, his circumstances changed, but he remained the same. And does yet.

If the South is more than a geographic designation, if there is still a South worthy of the name, it is because myth continues to shape her, and Southerners may still be able to imagine what it is to be whole, all of a piece.

When Flannery O'Connor was asked why Southerners seem to have a penchant for writing about freaks, she would say: Because in the South we are still able to recognize a freak when we see one. To do that, one must have some idea of what wholeness would be. In these latitudes, the idea of wholeness has a name: Lee.