It's Time to Lead, Mr. President 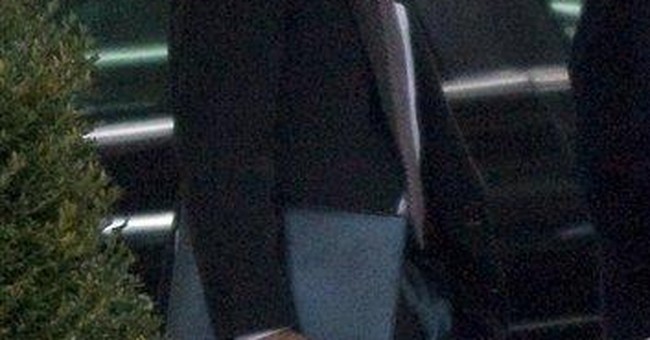 The terror “event” over Detroit on Christmas Day hits closer to home for me than it may for many other people around the country. I live in Detroit. The house I grew up in—the house my 81-year- old mother still lives in, is in the landing pattern of Detroit Wayne County Metropolitan Airport where Abdulmutallab had planned to detonate himself with the intent of causing catastrophic loss of life in the air and as much collateral damage on the ground as possible.

So when President Obama held a press conference to update the country on his administration’s response to this near “man-made disaster” in the skies over Detroit, you can bet I was hanging on every word. He made his nine-minute statement having just emerged from a high level meeting with his cabinet to formulate a response to the Flight 253 attack.

The president called his cabinet together “because we face a challenge of the utmost urgency,” but evidently not so urgent that his aides didn’t inform him about the terror attack over Detroit until three hours after the plane landed. He didn’t make a public statement about it until three days after it had happened. He continued his Hawaiian vacation for ten days after it happened. Remember that President Bush was roundly criticized for continuing to read to kindergartners for five minutes after the attack on 9/11.

The president’s nonplussed response to a critical breach of airline security not seen since 9/11 is inexplicable unless one concludes that the president does not view his actions or those of his administration as in any way responsible for the breach. He spoke of the “systemic failures” of the “intelligence community” and “the U.S. Government,” as if these were entities without a face totally disconnected from his presidency. In fact, in his statement, President Obama took no responsibility at all for the failures leading up to the attack over Detroit. Rather he informed us that “...the system has failed in a potentially disastrous way. And it’s my responsibility to find out why and to correct that failure so that we can prevent such attacks in the future.”

“Time and again we’ve learned that quickly piecing together information and taking swift action is critical to staying one step ahead of a nimble adversary. So we have to do better, and we will do better. And we have to do it quickly.”

While the president takes no responsibility for “the systemic failures” which allowed a terrorist with a bomb in his pants to board a U. S. aircraft, it seems individual members of his cabinet do take some limited responsibility:

“I appreciate that each of [the members of my team] took responsibility for the shortfalls within their own agencies.”

The president has obviously surrounded himself with imbeciles. He admits that his closest advisers are responsible for “shortfalls within their own agencies” which led to an attack (not a potential attack) on United States citizens on an aircraft bearing United States markings and nobody gets fired?

Nobody gets fired because this president doesn’t view his administration as in any way responsible for what happened over Detroit on Christmas Day. As a matter of fact, I’m not so certain the president even holds the terrorists responsible. The way the president sees it, it’s we—the American people—who make the terrorists want to hate us, maim us, kill us and disrupt our way of life because of how we have supposedly mistreated al Qaeda enemy combatants at Gitmo! And he’s serious:

“Make no mistake, we will close Guantanamo prison, which has damaged our national security interest and become a tremendous recruiting tool for al Qaeda. In fact, that was an explicit rationale for the formation of al Qaeda in the Arabian Peninsula.”

Enough of this blaming America; it’s time to lead, Mr. President. It’s your “system.” It’s your “intelligence community.” It’s your “U. S. Government.” You’re no longer the Senator from Illinois throwing partisan bricks at the occupant of the White House from the safety of your perch on Capitol Hill. You’re the president—not of the world, but of the United States. You have been for nearly a year now. It’s time to stop blaming “the last eight years.”

It’s time for you, Mr. President, to take responsibility for allowing an attack on the United States, thwarted though it was by civilian heroes who were able to accomplish with mere brute force what billions of tax dollars and government bureaucracy was charged with doing but failed to do.

Your first priority as Commander in Chief is to protect the citizens of the United States, not our image in the eyes of the world or the sensibilities of those who hate us. Lead, Mr. President, or get out of the way.