Paul Driessen
|
Posted: Jan 29, 2022 12:01 AM
Share   Tweet
The opinions expressed by columnists are their own and do not necessarily represent the views of Townhall.com. 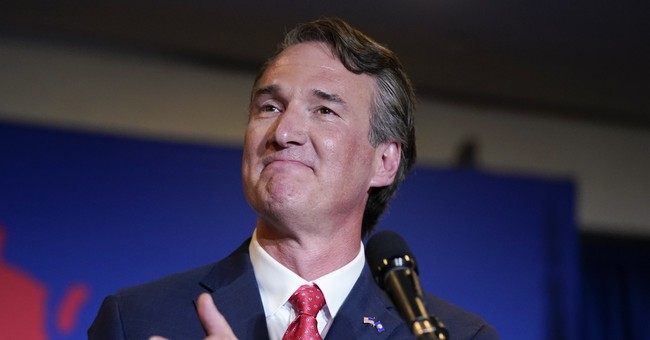 Special interests will contest withdrawal, but the EO sets the proper tone for reforming Virginia’s energy system. Meanwhile, though, the 2020 “Virginia Clean Economy Act” still requires that utility companies close all fossil fuel generating plants – and replace them with wind and solar power by 2045.

The VCEA also stipulates that “not less than 5,200 megawatts” (rated capacity) of that “clean, renewable” power must come from offshore wind. That translates into 370 14-MW turbines, 430 12-MW turbines or 865 6-MW turbines off the Virginia coast. Construction of the first 180 has already hit cost overruns and could reach $10 billion.

The offshore turbines will supposedly power 660,000 homes. But that will happen only when winds are blowing at speeds required for full rated capacity, perhaps 40-45% of the year, sporadically and unpredictably. When winds do not cooperate, Virginia will need backup power.

The VCEA says utilities must “build or acquire” 3,100 “megawatts” (megawatt-hours?) of “energy storage.” This likely means battery modules. If Tesla 85-kilowatt-hour modules are used, some 37,000 would be needed – to provide several hours or days of electricity requirements, depending on how widespread a blackout might be following a hurricane or other storm, or simply amid inadequate wind.

Virginia’s carbon-free energy plan doesn’t contemplate new hydroelectric or nuclear power. It mostly means thousands of onshore and offshore wind turbines and millions of solar panels, covering 10-25 times the area of Washington, DC – depending on the types of turbines and mix of wind and solar power. Hundreds of miles of new transmission lines will bring this far-flung electricity to Virginia urban centers.

Threats to raptors and other birds, bats, whales, dolphins and other wildlife are significant. But the act “declares” that all these installations are “in the public interest,” because they will help “combat climate change.” That suggests that environmental reviews could be fast-tracked and cursory.

That cannot be permitted. Indeed, the realities of wind, solar and battery power demand that any assessment of their supposed “clean, renewable and sustainable” virtues be global in its scope. Land use, pollution and human rights issues surrounding these highly touted energy sources affect people, habitats and wildlife all over the world, in significant, disparate and disproportionate ways.

Wind and sunshine certainly are clean, renewable and sustainable. However, harnessing them to meet society’s enormous energy needs is not.

Wind, solar and battery facilities can certainly be deemed clean, renewable and sustainable in Virginia, if land use, scenic, wildlife, infrasound, light flicker and other impacts are ignored. However, they require greatly increased mining, fossil fuel use, emissions and environmental impacts in China and other countries that provide most of the raw materials and manufacturing for these technologies.

Virginia’s 5,200 MW of offshore wind alone will require nearly 20,000 tons of copper. At an average of 0.44% copper in ore deposits worldwide, the copper alone would require mining and processing 4.5 million tons of ore, after removing 7 million tons of overburden to reach the ore bodies.

These technologies also require vast amounts of steel, aluminum, lithium, cobalt, nickel, rare earth metals, plastics, fiberglass and other materials – all of which involve extensive drilling, mining, processing, manufacturing and shipping. Because the United States increasingly restricts or prohibits such activities, or regulates them into unprofitability, most of that work is now done in China or by Chinese companies in other countries – using fossil fuels, and under pollution control, mined-land reclamation, workplace safety, and child and slave labor standards far below what U.S. laws permit.

Virginians need to know: How much electricity will these VCEA-mandated facilities actually generate every day, week and year? What are their expected life spans, especially for offshore turbines? How many could be destroyed in a hurricane, tornado or ice storm? How long will it take to repair or replace them? Where will electricity come from in the meantime?

Since most of their systems and components cannot be recycled, where will the obsolescent or ruined turbines, turbine blades, solar panels, batteries, power lines and concrete foundations be disposed of? How much will the repair, replacement, removal and landfilling cost? Who will pay?

How will wildlife habitats, raptors, bats, and other rare and endangered species be protected as these industrial-scale installations are built? What fines and penalties will be assessed for violations?

Will Virginia actively campaign to have more U.S. lands opened to exploration, mining and drilling for these materials, so that Virginia and the United States are not 90-100% dependent on China, Russia and other often less-than-friendly foreign sources for these essential materials and technologies?

Meanwhile, how many African, Asian, Uighur and Latin American children and parents will work in the mines, processing plants and factories that provide these “clean, green” technologies? How will Virginia ensure workplace health and safety, fair living wages and human rights for them?

The VCEA was promoted as a solution to “dangerous manmade climate change.” In evaluating the global costs and benefits of energy programs initiated under the VCEA, how many tons of carbon dioxide and other greenhouse gases will be emitted by all these overseas operations?

Under this law, Virginia will shut down some 6,000 megawatts of coal-based electricity generation. But China already had 900,000 MW of coal-fired power plants, put another 380,000 MW into operation in 2020, and is financing or building hundreds of coal and gas power plants in Asia and Africa.

China alone will soon have 200 times more coal-fired generation than Virginia will eliminate – in addition to all the fossil fuel units it is building in other countries. Chinese units will improve people’s living standards – and build “clean, renewable” energy equipment.

A Youngkin-appointed commission could study all these matters. Its findings could help determine whether the Virginia Clean Economy Act can possibly deliver on its promised benefits; whether the global damages actually exceed any Virginia or global benefits; and whether the VCEA should be modified, or repealed outright.

The time to act is now – before these wind, solar and battery installations are past the point of no return.

Paul Driessen is senior policy analyst for the Committee For A Constructive Tomorrow (www.CFACT.org) and author of books and articles on energy, environmental, climate and human rights issues.