Woke Companies Must Wake Up on ESG

Paul Driessen
|
Posted: Sep 04, 2021 12:01 AM
Share   Tweet
The opinions expressed by columnists are their own and do not necessarily represent the views of Townhall.com. 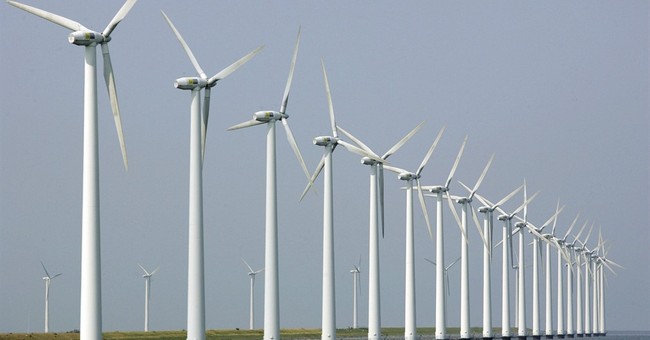 Growing numbers of companies, banks, universities and investment houses are adopting Environmental, Social and Governance (ESG) standards and disclosure rules. They’re pressured to do so by activists, legislators and regulators. Many expect to get rich via taxpayer-subsidized “renewable” energy projects.

Nearly all hope to “greenwash” their reputations, by claiming they’ll “make the world a better place,” by reducing fossil fuel emissions, and thus planetary temperatures and extreme weather events.

They recently got a boost from the US House of Representatives. It voted 215-214 party-line to pass a bill supporting Securities and Exchange Commission plans to impose new ESG rules requiring publicly traded companies to disclose “climate risks” caused by oil, gas and coal production and use. Some think ESG climate claims and misconduct could receive greater SEC scrutiny, though that seems unlikely.

Woke organizations need to wake up to climate, ESG and renewable energy realities.

The ever-more-hysterical climate and weather claims have been roundly debunked by Dr. Roy Spencer, Gregory Wrightstone, Marc Morano, Steven Koonin and others. But what’s truly outrageous about ESG is the way it studiously ignores the massive, widespread damage inflicted by pseudo-renewable energy.

Wind and sunlight certainly are clean, renewable and sustainable. But harnessing their highly dispersed, unpredictable, weather-dependent energy to meet humanity’s huge and growing energy needs absolutely is not.That requires lands and raw materials that are anything but renewable– using fuels and processes that are absolutely not clean, green, ecological or sustainable. Because they fail to recognize this, ESG programs are dishonest, even fraudulent – and must be reformed or scrapped.

At an average of 0.44% copper in ore deposits worldwide, the copper alone would require mining and processing25 million tons of ore, after removing 40 million tons of overburden to reach the ore bodies!

Add in materials for solar panels, more onshore and offshore wind turbines, backup battery systems, electric vehicles, transmission lines, and all-electric home heating and cooking systems – to run the entire USA, Europe and world – and the “green energy transformation” would require hundreds of billions of tons of metals, minerals and plastics, trillions of tons of ores, trillions of tons of overburden, and thousands of mines, processing plants and factories. Nearly all these operations employ fossil fuels.

America’s laws and attitudes make mining in the United States nearly impossible, even to support ESG-certified “green” energy facilities. That means most mining and processing will be done in Africa, Asia and Latin America, increasingly by Chinese companies. The manufacturing is done increasingly in China, which is why that country is building more coal-fired power plants every month.

Cobalt mining already involves 40,000 African children, as young as four! Many Chinese solar panels are made with Uighur forced labor. ESG “green” aspirations would multiply this slavery many times over.

These travesties occur overseas – out of sight and out of mind – letting ESG activists and profiteers make incessant false claims that fossil fuel replacement energy is clean and virtuous. But when wind, solar and battery facilities are installed, adverse consequences will reverberate across the United States.

Hundreds of millions of acres of scenic, wildlife habitat and coastal areas would be impacted; millions of birds, bats, tortoises and other wildlife displaced, maimed and killed. And when their short productive lives are finished, billions of turbine blades, solar panels and batteries will be sent to gigantic landfills, because they cannot be recycled; their toxic metals and chemicals could leach out into soils, streams and groundwater. The same will happen in Europe, Canada, Australia and elsewhere.

A single industrial solar facility near Fredericksburg, Virginia required clearcutting thousands of acres of forest habitat. Solar installations proposed for the American Southwest would blanket millions of acres of desert habitats. Dominion Energy is planning solar facilities on Virginia acreage totaling one-fourth of Delaware. Wind and solar operations would threaten or eradicate dozens of bird and other species that environmentalists have utilized for decades to stop drilling, fracking and pipeline projects.

Biodiesel projects have already destroyed important orangutan habitats, and thousands of acres of US hardwood forests have been turned into wood pellets for Britain’s Drax Power Plant.

Threatened, endangered, migratory and marine species must be protected –wherever mining, processing and manufacturing take place, and wherever “renewable” energy installations are contemplated. Human health impacts from infrasound and light flicker must guide decisions on how close to homes and businesses wind turbines may be installed.

Reformed ESG rules – call them Environment and Human Rights (EHR) principles – must require that all these issues are addressed for every wind, solar, battery, transmission and biofuel proposal.

People must know in advance how many turbines, panels, batteries and power lines are contemplated; how many tons of metals, minerals, concrete and plastics they will require; where those materials will come from; under what environmental, pollution, safety, wage and child labor standards. Companies and government agencies must certify that supply chains are free from child or slave labor.

Project-specific, comprehensive and cumulative US and global environmental studies must be conducted before any projects are approved, and must include regular, independent reviews of bird, bat, reptile, whale, porpoise and other wildlife displacements, injuries and deaths. Project studies must fully assess all environmental, human health, human rights and other impacts worldwide, and must not be fast-tracked.

These reality-based EHR principles will help ensure that any “green future” is founded on ethical standards that address all human and ecological consequences, and actually do make the world a better place. They can also help guide SEC investigations and prosecutions for ESG misconduct and fraud – and help spur much-needed mining in the United States, to reduce our reliance on China, Russia, Taliban Afghanistan and other adversarial countries for critical and strategic minerals.