For Some, Groundhog Day Comes in June

Paul Driessen
|
Posted: Jun 29, 2019 12:01 AM
Share   Tweet
The opinions expressed by columnists are their own and do not necessarily represent the views of Townhall.com. 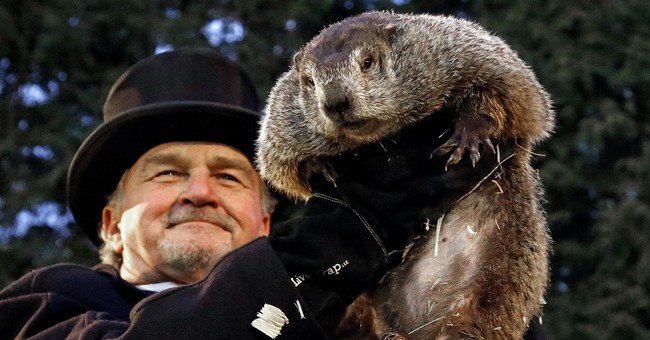 Did you think Groundhog Day only comes in February?

For anti-insecticide zealots and others in the environmentalist movement who’ve been preoccupied for years with bees and “colony collapse disorder,” it actually comes every June.  That’s when the Bee Informed Partnership – a University of Maryland-based project supported by the US Department of Agriculture (USDA) – releases the results of its annual survey of honeybee colony losses and health.

In Bill Murray’s 1993 “Groundhog Day” movie, cynical TV weatherman Phil Connors is condemned to relive the same day over and over in a little Pennsylvania town until he learns the right “life lessons.” Each June, eco-campaigners work themselves into a carefully orchestrated lather over bee losses, getting caught in a time loop of endlessly repeating the same false and misguided claims about the BIP report.

Last week’s BIP report predictably garnered the usual hyperventilating headlines, sounding almost as alarming as in recent years. The 38% 2018-19 over-winter colony loss rate was the highest in the 13 years the survey has been taken. Combined with in-season (summer) honeybee colony losses of 20.5% this yielded an overall annual loss rate of 40.7% (computed using a special BIP methodology).

Environmental worrywarts moved seamlessly into their annual spasm of anxiety and dire prognostication.  “Honey bees are no longer disappearing suddenly and mysteriously. They’re dying persistently, and in plain sight,” the Washington Post lamented.

Will there be enough honeybee colonies left to pollinate California’s lucrative almond crop next winter? an environmental “investigative news organization” agonized. (Ironically, but predictably, this story was posted four weeks after the USDA predicted another record almond harvest in the state.)

Is the BIP report further evidence that the hyperventilating media and eco-campaigners were correct about the “bee-pocalypse” they’ve been “documenting” for the last half-dozen years? Hardly!

First, the alarmists who routinely over-react to the annual BIP survey forget (or ignore) its limitations. As the report makes clear, the survey is entirely voluntary, returned by beekeepers who take time to fill it out. It consequently does not even purport to be a scientific sampling of American beekeepers. It is a compilation and analysis of responses from those who voluntarily self-report. The results show this.

The roughly 4,700 beekeepers who responded this year account for only about 12% of all US honeybee colonies. Professor Dennis Van Engelsdorp – founder of the Bee Informed Partnership  – showed in his own research that hobbyist and small-scale beekeepers (who account for the majority of the BIP respondents) have more severe parasite and pathogen infestations of their honeybee hives than large-scale commercial beekeepers. That increases colony loss rates.

Interestingly, while BIP survey results go up and down from year to year, the overall trend line over the survey’s first dozen years has been downward. But that may reflect small-scale beekeeper experiences.

In any case, US honeybee colony numbers aren’t shrinking; they’re growing, regardless of what the latest BIP survey results find. The USDA’s actual census of beekeepers and their colonies – which actually is systematic and scientific – shows that the overall number of US honeybee colonies grew by 4% in 2018.

Second, there’s good news in the latest Bee Informed Partnership survey. Finally, after years of misleading media and activist rhetoric seeking to pin the blame for honey bees’ problems on agricultural pesticides –neonicotinoid insecticides in particular – attention is now focusing where it should have been all along: on Varroa destructor mites. These tiny, nasty critters and the multiple virulent diseases they spread to honeybee colonies are the foremost scourge of our beloved, and vital, insect pollinators.

This year’s BIP survey announcement and most of the resulting press coverage emphasized this point.

It’s about time. Neonics have become the world’s most widely used insecticides because they work – and pose minimal risks to bees. Some are sprayed on fruits and vegetables, but nearly 90% are used as seed coatings for corn, wheat, canola and other crops. They are absorbed into plant tissues as crops grow.

That means they target only pests that actually feed on the crops, particularly during early growth stages. Since they don’t wash off, they reduce the need for multiple sprays with insecticides that truly can harm bees, birds, fish, other animals and non-pest insects. And they are barely detectable in pollen and nectar – which is why neonic residues are well below levels that can adversely affect bees.

That makes it ironic, and outrageous, that relentless anti-pesticide campaigners – especially those who profess to be alarmed about the “plight of the bumblebee” and want to ban neonics – have said virtually nothing about Varroa mites. Nor have they proposed any plan to deal with this scourge.

Thankfully, recent USDA research has identified a promising new approach of using RNA interference (RNAi) to disrupt the reproduction of another bee parasite, Nosema ceranae – the honeybee’s second-worst scourge. USDA is also reporting progress in efforts to breed more Varroa-resistant or Varroa-tolerant honey bees, which somehow have better hygienic habits: removing mites from one other.

Activists and journalists concerned about bees and pollinator health should have focused on this all along – particularly since available Varroa treatments no longer work as well, due to the mite’s uncanny ability to develop resistance to treatments. Instead, years of energy and millions of dollars have been wasted pursuing a wrong-headed crusade against neonic insecticides that are irrelevant to any challenges facing honey bees and other pollinators.

Phil Connors finally escaped from his time loop after he ended his disdain for small town Punxsutawney, began performing good deeds and told Rita he truly loved her. Maybe now – finally – self-professed bee advocates and environmental crusaders will wake up from their Groundhog-Day-in-June time loop and devote some time, effort and honesty to addressing the real problems that affect honey and wild bees.

But again, Varroa is the villain, the real, enduring threat to bees – not pesticides, synthetic or organic.

Unfortunately, persuading environmentalists to acknowledge these realities is not likely. They have too much ideology, power and prestige invested in their campaigns against synthetic pesticides and conventional farming – to say nothing of the billions of dollars they’ve gotten from organic interests.

Bottom line? Lies, deception and fraud are unethical, immoral and illegal no matter who engages in it, devises the strategies or finances the campaigns.

These environmentalist campaigns have been employed over and over because they work – and because too many legislators, regulators, judges and journalists have repeated, approved and applauded them. It will be an uphill battle to change that dynamic.

Let’s hope a few brave lawmakers start applying the same standards of truth and ethics across the board.

Paul Driessen is senior policy advisor for the Committee For A Constructive Tomorrow (www.CFACT.org) and author of many articles on the environment. He has degrees in geology, ecology and environmental law.