A Good Target For EPA Reform

Paul Driessen
|
Posted: Dec 20, 2016 12:01 AM
Share   Tweet
The opinions expressed by columnists are their own and do not necessarily represent the views of Townhall.com. 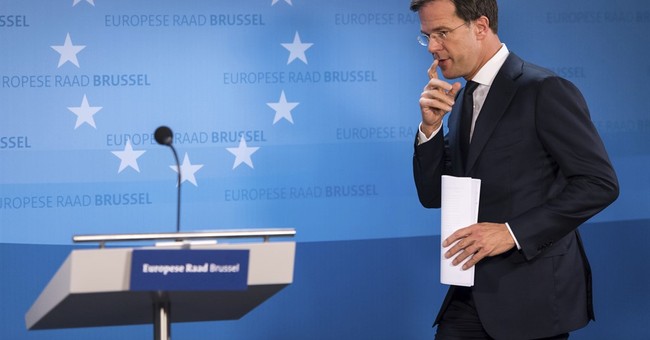 With reform-minded folks in charge of the Executive and Legislative Branches, unelected, unaccountable, un-removable bureaucrats may soon be able to exert far less power over our policies, regulations, lives and livelihoods. Energy and climate are high on the list. Another important topic is insecticides.

The European Union and Canada have provided object lessons in how not to regulate these chemicals. Scott Pruitt and his new team over at EPA will certainly want to avoid their malpractices.

For nearly a decade, manufactured controversies have raged around a relatively new class of pesticides called neonicotinoids. These advanced systemic crop protectors are absorbed into the plant itself and thus target only pests that suck or chew on crops, particularly during early growth phases.

That minimizes impacts on beneficial insects – like crop-pollinating bees. They are barely exposed and thus unlikely to be harmed when neonic seed or soil treatments are used, in contrast to what often happens when manmade or “organic” chemicals are sprayed on crops. But despite this minimal risk, anti-pesticide activists have tried for years to blame neonics for recent honeybee health problems.

In 2013, their well-funded advocacy campaigns played a major role in causing the EU’s decision-making European Commission to impose a two-year ban on using neonicotinoids on bee-attractive crops.

Not surprisingly, almost four years later, there is no sign that the Commission will reconsider its position, despite accumulating evidence that managed bee populations are not now and never were in any danger of collapse or extinction. As my longer article on MasterResource.org explains, that evidence includes the EU’s own 2014 and 2015/16 studies, and nearly a dozen large-scale field studies around the world.

Going even further, the European Food Safety Authority now says bees are at grave risk from neonics used on European crops that do not attract bees, such as winter cereals, beets, potatoes, leafy vegetables, maize (corn) and sorghum – whether the neonics are seed treatments, foliar sprays or soil applications. There may be no actual evidence of harm, the EFSA says, but a risk to bees “cannot be excluded.”

Just as crazy, the agency’s 2013 Bee Guidance Reference Document lets bureaucrats decide which studies and data can be accepted and deemed relevant – and which can be ignored. It also means chemicals that can control crop pests will never be approved, and only ineffective chemicals will be approved (along with chemicals that are or may be dangerous for bees, but are deemed to be “natural” or “organic”).

To ensure experimental integrity, the BGRD requires that neonic test areas must be free of other pesticide-treated, bee-attractive crops, and far enough away from such areas that tests are not affected. But that means scientists need areas four times larger than Paris, France. That’s a virtual impossibility in densely populated Europe. Catch 22!

To pass the “no risk” test, evaluators must then prove the pesticide being tested doesn’t produce more than a 7% fluctuation in a beehive’s populations. But natural fluctuations can easily reach 15% from frigid cold snaps, infestations by Varroa destructor mites, or even beekeepers applying chemicals to hives to control mites. So it’s impossible to show that population changes greater than 7% were not due to neonic use on crops. Catch-22 again! But it gets even worse.

But instead of accepting these studies, EU bureaucrats rely on laboratory studies that other researchers have shown consistently overdose bees with pesticides. That lets regulators focus on adverse neonic impacts that can justify bans, but under conditions that bees would never encounter in the real world.

The elaborate, sophisticated studies assessed neonic residues from bees and hives under actual field conditions. They found that the residues werewell below levels that can adversely affect bees – and that neonics “did not cause any detrimental effects on the development or reproduction” any of the three species. Enter Joseph Heller, yet again.

The studies were paid for by Bayer CropLife, because EU agencies generally don’t fund any such studies (though they do give millions a year to environmentalist groups). Voila! Anti-pesticide activists could challenge and dismiss the well-documented experimental results – and the EFSA could ignore the results in reaching its latest conclusions on risks to bees that are not attracted to neonic-protected crops. All because of a guidance document that EU member states never approved!

Unfortunately, bad science and regulatory policy are not confined only to the other side of the Atlantic. HealthCanada recently imposed a phased-in ban on another relatively new neonic pesticide. It did so using an EU-like Catch-22 approach, despite any actual evidence of real-world harm – and without considering insect infestations, crop losses, the absence of safe alternative pesticides, or the fact that other insecticides actually are harmful to bees and/or aquatic life.

All this suggests there is ample reason to worry about the U.S. Environmental Protection Agency’s own inbred inclinations. A late 2014 EPAstudy/memorandum contends that neonic pesticides were ineffective in controlling soy crop pests. It was refuted by scientists who had better data and repudiated by the US Department of Agriculture, but EPA did not withdraw or cancel the 2014 soy efficacy memo.

A 2015 preliminary EPA assessment essentially exonerated neonic seed treatments, as posing virtually no risk to bees. But another one said neonics on citrus trees are potentially dangerous, even though neonics as the only solution for “citrus greening” disease that is decimating lemon, orange and grapefruit trees.

* Stick to risk-based standards embedded in U.S. legislation, and avoid any drift toward the “precautionary principle,” which looks only at alleged or inflated risks from using chemicals – never at the risks of not using them, and never at risks that could be reduced or eliminated by using the chemicals.

* Revise or eliminate standards, policies and regulations that were based on less than defensible, real-world data and analyses; that do not fully consider the costs and benefits of using (or not using) available chemicals; or that fail to balance demonstrated agricultural, consumer and environmental considerations.

EPA policies on neonics and other issues would be a perfect place to begin changing the way Washington works.

Paul Driessen is senior policy analyst for the Committee For A Constructive Tomorrow (www.CFACT.org), and author of Eco-Imperialism: Green power - Black death and other books on the environment.