Destructive Forest Fires are Due to – What?

Paul Driessen
|
Posted: Jul 30, 2016 12:01 AM
Share   Tweet
The opinions expressed by columnists are their own and do not necessarily represent the views of Townhall.com. 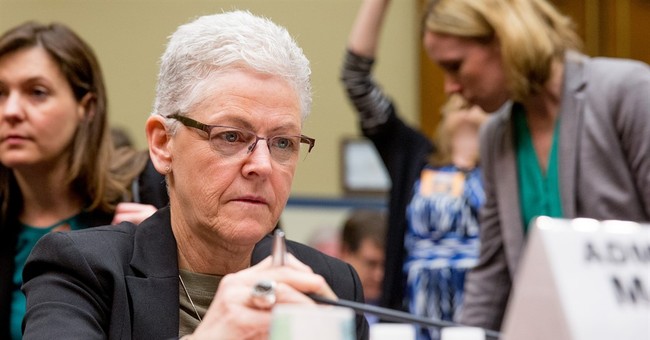 First the Obama EPA came for coal mines, coal-fired power plants, miners, workers, investors, and all who depend on reliable, affordable electricity. Then the EPA, Bureau of Land Management, Forest Service and other agencies came after oil and gas drilling and fracking, and the workers, industries and families that need petroleum. They’re also targeting farming, ranching, airlines and manufacturing.

It’s all to stop “dangerous manmade climate change,” rising seas, warmer and colder weather, wetter and drier seasons, and other “unprecedented” calamities. Now the Feds want us to believe worsening forest fires threaten communities, wildlife and wildlife habitats because we continue to use fossil fuels.

Thousands of fires have already burned millions of acres, amid yet another dangerous and costly fire season. It happens every year, and has for centuries. But now, the Department of the Interior misinforms us, “climate change is making it worse. Wildfire seasons are now hotter, drier and longer than in the past.” Sure they are. Wanna buy a cool bridge?

I lived out West for a decade, back in the 1970s, and saw wildfires and dozens of burned-over forests. I  hiked, camped and skied during extra wet and ultra dry years. During a flight from Denver to Seattle, I watched multiple fires rage across tens of thousands of acres in four states.

I’m in Whitefish, Montana this week, where hundreds of trees are just a few inches in diameter, packed in clusters of a half dozen or more, inches from one another – perfect kindling for vicious wildfires. Over time, most will get crowded out and die, leaving just a few hardy specimens to grow into hefty 50-100 foot beauties – assuming they are not engulfed in a super-heated inferno first.

Vase stands of densely packed, water- and nutrient-starved trees – skinny matchsticks waiting for a spark – are far too common in our western states, because land mis-managers refuse to thin the trees.

The resulting fires are not the “forest-rejuvenating” blazes of environmentalist lore. They are cauldron-hot conflagrations that exterminate wildlife habitats, roast bald eagle and spotted owl fledglings alive in their nests, boil away trout and trout streams, leave surviving animals to starve, and incinerate every living organism in already thin soils … that then get washed away during future downpours and snowmelts. Areas incinerated by such fires don’t recover their arboreal biodiversity for decades.

Homes in and near the forests become ashes, chimneys and memories. Residents die in their homes or trying to flee the infernos. Smoke jumpers and other firefighters perish trying to extinguish them.

The fires can certainly be farworse in drought years. But droughts are nothing new, either. We all recall the seven-year drought that brought Joseph to prominence in pharaoh’s Egypt, and the eight-year-long Dust Bowl during the 1930s. Historians describe a 50-year “water famine” that drove Anasazis out of the American Southwest, the 200-year drought that ended Mayan civilization, and other parched periods in China, Africa, Mesopotamia and other regions.

In short, whatever “hotter, drier, longer” forest fires we are witnessing today have nothing to do with “dangerous manmade climate change.” They have a lot to do with idiotic forestmismanagement policies and practices.

Far too many environmentalists, bureaucrats, politicians and judges would rather let forests burn, than let anyone selectively cut timber, thin out overgrown trees – or even let loggers harvest usable timber left from beetle kills, devastating fires or volcanic explosions like Mount St. Helens. (Do you suppose they’d alter their policies if loggers promised to use chain saws powered by little wind turbines or solar panels?)

Eco-purists want no cutting, no thinning – no using fire retardants in “sensitive” areas because the chemicals might get into streams that will be boiled away by conflagrations. They prevent homeowners from clearing brush around their homes, because it might provide cover or habitat for endangered species and other critters that will get incinerated or lose their forage, prey and habitats in the next blaze. They rarely alter their policies during drought years.

Meanwhile, the Administration is gearing up to plant thousands of wind turbines across these areas, to slice and dice whatever raptors and other birds aren’t obliterated by fires.

The Feds haveguidelinesthat say fires in certain areas can be extinguished if they are of human origin (arson or untended campfires, eg) – but must be allowed to burn if they are “natural” (caused by lightning, for example). One must take it on faith that anyone could make that distinction in the midst of an inferno, and hope that small fires won’t become raging infernos. They even havejurisdictional policiesthat prevent aircraft from dropping water on a fire, if the crew cannot tell whether the blaze is on Bureau of Land Management or Forest Service land.

A relatively new product calledFireIcesmothers fires, by taking heat and oxygen away from combustible materials. Dropped directly onto a fire from airplanes, it penetrates through smoke, fire and treetops down to burning trees and brush. It can also be carried to blazes in standard fire and tanker trucks, or blended on location using dry FireIce powder and on-site water. Homeowners can brew up their own batches, using the dry chemical and water, and use the concoction to coat their houses, shrubs and other property – protecting them against onrushing flames.

Unfortunately, state and federal officials have employed this highly effective fire killer only sporadically. The results are predictable, as recounted above.

The Justice Department has prosecuted farmers and ranchers for trying to protect their property from current or potential fires, by starting “controlled burns” or “backfires” that got out of control and burned a few hundred acres of US forest. But when intentional Bureau of Land Management or Forest Service fires in Oregon or South Dakota got out of control and burned thousands of acres of US and private forestland, forage and livestock, no repercussions, prosecutions or compensation were forthcoming.

As to the Interior Department’s convenient claim that today’s forest fires are due to US emissions and climate change, let’s not forget that rapidly developing countries are emitting increasing amounts of carbon dioxide and methane every year – way beyond what the USA can possibly eliminate – and there is still no Real World evidence that humans have replaced natural forces in climate change.

It’s time to give America’s forest management and fire control policies a thorough review and revision, before we lose more habitats, wildlife, homes and human lives.