Government-style “Fairness” For The One Percent 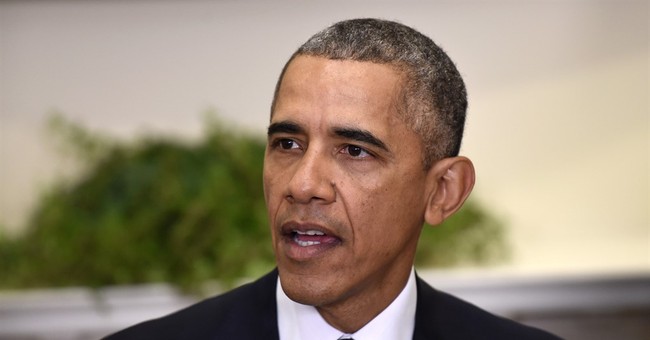 Liberals love to extol their deep compassion for the poor, whom conservatives allegedly don’t give a fig about. Thus our Community-Organizer-in-Chief pontificates endlessly about income inequality, to justify his determination to “fundamentally transform” our nation, so that “everyone gets a fair shot, and everyone does their fair share, and everyone plays by the same set of rules.”

Those would be the same rules that let the IRS target conservatives, the VA make veterans wait months for treatment, and the EPA violate every standard of scientific integrity – with no repercussions. It’s clearly not corporations or most citizens who don’t play by the rules. It’s Obama bureaucrats, supporters and sycophants, who manipulate government powers to their financial and political advantage.

As to “fairness,” Mr. Obama’s politically-loaded definition is designed to inspire more class and racial warfare, especially among those who angrily assert they are being abused by The Rich, especially Big Oil, too-big-to-fail banks, callous healthcare insurers and other large corporations.

It’s also intended to distract from massive failures of so many liberal programs, such as Great Society welfare programs that have spent some $22 trillion to date and devastated black families and communities – and the Affordable Care Act, which has ensured that millions don’t get to keep their doctors but will get to pay another 20% in average premium increases for 2016, plus still higher deductibles.

But big-money donors, Hollywood actors and environmentalists increasingly call the shots on “fairness” issues in the energy and environmental policy arena. With the president calling climate change “the worst threat to future generations,” and more than 21,000 new regulations imposed since he took office, it’s clear that the 1 Percenters take priority over the 99 Percenters. Electric vehicles are a prime example.

And yet, all levels of government have instigated numerous rules that favor electric and hybrid vehicles at the expense of American families, who continue to see costs rise for nearly every essential commodity, thanks to regulations, special tax treatments and executive actions. Only gasoline, diesel fuel and natural gas prices have fallen – thanks to the fracking revolution that has unleashed US oil and gas production.

Electric and hybrid car buyers get substantial government subsidies, including tax credits of $2,500 to $7,500 (depending on the car’s battery size). Electric utilities in several states also provide a special rate for plug-in vehicles, to reduce the cost of charging electric and hybrid cars. Some states even offer credits for the purchase of charging equipment. And it’s largely justified by global warming horror stories.

California also provides rebates to people who buy or lease green vehicles or buy specialized charging equipment to install in their homes. Sony Pictures Entertainment offers a $5,000 incentive to its Hollywood employees who purchase electric or hybrid cars.

In several jurisdictions, green car drivers can also avoid traffic morasses that the rest of us must endure. Special stickers give them access to HOV lanes (High Occupancy Vehicles) that drivers of gasoline-powered vehicles cannot enter without one or more passengers in the car.

In the District of Columbia, green car owners pay less on registration fees and get an exemption from the excise tax on their original certificate of title. Montana and several other states offer substantial tax credits and other benefits for electric car conversions. New Jersey gives a 10% discount on off-peak tolls for the New Jersey Turnpike and Garden State Parkway. Warren, Rhode Island gives residents with plug-in cars an excise tax exemption up to $100.

Who pays for all of these benefits (and many more that I haven’t listed)? We all do. Who benefits? Actor Leonardo DiCaprio for one – and others who share his lavish 0.01-percent income lifestyle, while proudly driving their Teslas and flouting their sensitivity to ecological and climate “crises.”

These wealthy motorists also contribute less to transportation infrastructure. Drivers of gasoline and diesel-fueled vehicles pay a user fee each time they fill up: 18.4 cents per gallon in federal taxes for gasoline and 24.4 cents a gallon for diesel, to help pay for bridge and road construction and repairs. Electric and hybrid vehicle owners use the same roads and bridges – but pay far less in fuel taxes.

According to a recent Experian Automotive study, owners of battery-powered cars are more than twice as wealthy as average Americans. They also tend to be richer and younger than those who buy hybrids. Of those who purchased electric cars in 2013, 21% had annual incomes of $175,000 or more.

Of course, the hefty sticker price does not include the multiple freebies Tesla owners receive: subsidies, rebates, tax forgiveness, and the other benefits that average Americans pay for but don’t enjoy. In the meantime, the Obama Administration continues inflicting financial pain on poor, minority and working class families through regulations and executive orders that raise costs and stop job creation in its tracks.

The worst of the lot is the new ground-level ozone standard, which has been called the most costly regulation in U.S. history. This rule alone threatens to destroy hundreds of thousands of jobs, curtail funding for highway improvements in national parks and other “nonattainment areas,” and prevent the expansion of businesses unless other similar businesses close down.

The deceptively named Clean Power Plan will sharply raise electricity costs for average ratepayers, while doing nothing to clean our air. New rules governing methane emissions will likely impair drilling and put upward pressure on oil and gas prices – the one bright spot that is helping working-class Americans save about $100 a month via lower fuel costs. The Obama EPA and Interior Department are also doing all they can to make more US onshore and offshore energy supplies off limits, block legislation that would allow oil exports, wage war on all fossil fuels, and lock the United States into a punitive new climate treaty.

It is a litany of rules that only elitists with plenty of disposable income could love.

That is not fairness. It is an intentional way to enrich and empower the wealthy, while stealing from everyone else, by pushing through policies that often do little to improve health or environmental quality. What the president calls fair is legalized or dictatorial theft, perpetrated on the poor, to get Tom Steyer and Terry McAuliffe to raise more campaign funds for members of the president’s party.

Of course, President Obama isn’t the only one who uses the word “fair” in political remarks. In July Hillary Clinton gave her first major speech on the economy and called for lib-style “growth and fairness,” claiming it will be “my mission from the first day I’m president to the last.” We can hardly wait.

It’s all the more reason the November 2015 election results must become a tidal wave in 2016.