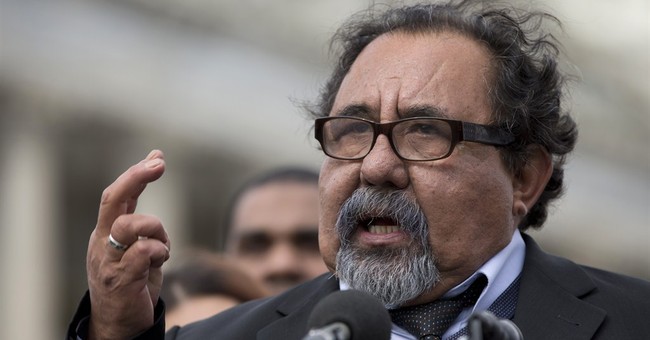 Our scientific method and traditions of free speech and open debate are under assault as never before, by intolerant inquisitors in our media, universities, government agencies, and even Congress and the Vatican.

They threaten our most basic rights and freedoms, our political and scientific processes – and ultimately our continued innovation and invention, energy reliability and affordability, job creation and economic growth, and modern living standards, health and welfare.

Congressman Grijalva and Senators Markey, Boxer and Whitehouse sent letters to universities, think tanks and companies, demanding detailed information on skeptics’ funding and activities – in an attempt to destroy their funding, reputations and careers, while advancing “crony climate alarm science.” Equally intolerable, Democrats and the White House are blocking efforts to ensure that environmental regulations are based on honest, unbiased, transparent, replicable science that accurately reflects real-world evidence.

The Secret Science Reform Act (S. 544) and its House counterpart would require that the Environmental Protection Agency develop its regulations and the science behind them in the open, and allow experts and other interested parties to examine data, evidence and studies that supposedly support EPA standards and mandates that could cost billions of dollars and millions of jobs. This should not be controversial.

But Democrats on the Senate Environment and Public Works Committee insisted that Chairman James Inhofe drop the bill from a planned markup. He refused, the bill passed on a party-line vote, and a Senate vote will be set soon. President Obama says he will veto the legislation. Why this opposition?

Obama said his would be the most transparent administration in history. But transparency quickly took a back seat to his radical climate change, renewable energy and other plans to “fundamentally transform” the United States. EPA practices epitomize what goes on throughout his Executive Branch, why our economy is growing at 0.2% and what congressional Democrats are apparently determined to perpetuate.

The problem is not only EPA’s private email accounts and deleted emails, á la Hillary Clinton. It’s illegal experiments on humans – with test results ignored when they don’t support EPA’s agenda of imposing even more draconian rules on soot from coal-fired power plants. It’s rules for 0.5% of the mercury in U.S. air, justified with claims that they would bring a 0.00209 point improvement in IQ scores; economy and job-killing climate regulations that would reduce warming by 0.03 degrees by 2100, assuming carbon dioxide actually does drive climate change; and equally bogus health and environmental benefits of every description that ignore adverse human health and welfare impacts of the EPA regulations themselves.

The President and Democrats claim the “secret science” bill would “unduly burden” regulators. Baloney. The rules would simply require that promulgators of government edicts live according to the same rules they impose on us: Be honest and transparent. Show us your data, calculations and analyses. Demonstrate that you have examined all relevant studies, instead of just what supports your agenda, while ignoring everything else. Back up your decisions with actual evidence. Answer questions. Recognize that collusion, deceit and fraud have no place in public policy, and will no longer be tolerated.

What can possibly be wrong with those guidelines – unless the regulators have something to hide?

Its Pontifical Academy of Sciences recently held a workshop on climate change and sustainability. But only religious leaders, scientists, bureaucrats and regulators who support alarmist perspectives on these issues were invited. Those with contrary views were neither invited, welcomed nor tolerated.

However, a dozen climate, health and theological experts skeptical of “dangerous manmade climate change” allegations hosted a press event the day before the workshop. Three of them managed to get into the Vatican event. But when Climate Depot director Marc Morano tried to ask UN Secretary General to advise Pope Francis that many Catholics and other Christians believe the papal position on global warming is ill-advised, a security guard took Morano’s microphone away and told him, “control yourself, or you will be escorted out of here.” Apostates have no rights here.

Apparently, in the Vatican’s view, there is nothing to discuss – only anti-fossil fuel laws and treaties to implement. Computer model predictions and other assertions of looming disaster are all the Pope and workshop attendees need to support this agenda – even though they are consistently and completely contradicted by real-world observations. Instead of protecting Earth’s poorest people from energy deprivation, disease, poverty and death imposed in the name of preventing global warming, Pope Francis seems more devoted to newly green Liberation Theology concepts of “fairness” and “justice.”

As IPCC leaders have explained, the climate change agenda is no longer about the environment. It is now about “intentionally transforming” the global economy and negotiating the redistribution of the world’s wealth and natural resources, in the name of “social justice” and equal distribution of misery.

These developments are far too typical. Left-Liberal thought police refuse to debate their failed ideas and policies, because they have no answers to inconvenient questions and cannot stomach dissenting views.

Free expression on campuses is limited to boxing-ring-sized “free speech zones.” Conservative speakers are banned from university events, or shouted down if they do appear. The Universities of Michigan and Maryland tried to ban “American Sniper” because a couple hundred students out of 27,000 objected. Oberlin and Georgetown students railed that Christina Hoff Sommers’ mere presence required “trigger warnings,” caused them “distress” and “discomfort,” and “constituted violence” against women.

Brandeis disinvited Ayan Hirsi Ali, because her views on women’s rights might offend some Muslim men. Scripps revoked its invitation to conservative political analyst George Will, who later observed:

“The Democratic Party’s leading and prohibitively favored frontrunner candidate for the presidential nomination … said she wants to change the First Amendment in order to further empower the political class to regulate the quantity, content and timing of political speech about the political class – and so far as I can tell there’s not a ripple of commentary about this on the stagnant waters of the American journalistic community.”

The abuses and intolerance are becoming broader, deeper, more frightening by the day: from Christendom to Islam and Climate Orthodoxy; from universities to the Congress, Vatican and United Nations.

Good people everywhere need to rise up, speak out and fight back, if they still believe in individual rights, freedom of thought and expression, and honest, transparent, accountable government and religious institutions. Otherwise, these fundamental values will disappear – and with them will go modern society and living standards, and efforts to improve the lives of billions of people who still lack the lifesaving energy and technologies so many of us take for granted.