The Climate Con Goes On 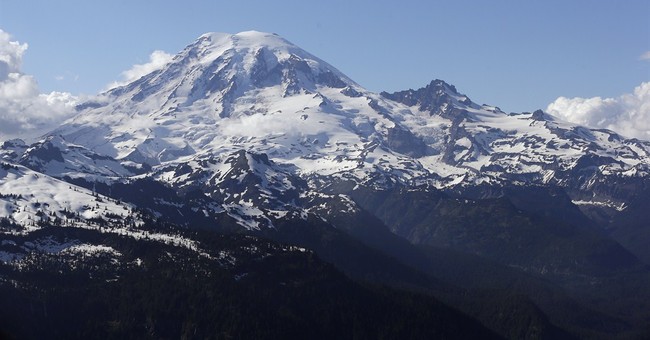 Nearly 200 countries may sign a modest Kyoto II climate treaty, say December 2014 media reports from Lima, Peru. But will they agree to stop using coal to generate electricity? No. Curtail their economic growth? No. Cease emitting carbon dioxide? Maybe, but only a little, sometime in the future, when it is more convenient to do so, without any binding commitments. Then why would they sign a treaty?

Primarily because they expect to get free energy technology transfers, and billions of dollars a year in climate “mitigation, adaptation and reparation” money from Western nations that they blame (and which blame themselves) for the “dangerous climate change,” rising seas and “extreme weather” that they claim are “unprecedented” and due to carbon dioxide emissions during the 150 years since the Industrial Revolution began. These FRCs (Formerly Rich Countries) have implemented low-carbon energy policies and penalties that have strangled their economies, dramatically increased energy prices and killed millions of jobs. But now poor developing countries demand that they also transfer $100 billion per year, for decades (with most of that probably going to their governing elites’ Swiss banks accounts).

Where is this likely to take us? President Obama has long promised to “fundamentally transform” the U.S. economy and ensure that electricity prices “necessarily skyrocket.” His edicts are doing precisely that. And now Christiana Figueres, the UN’s chief climate change official, has declared that her unelected bureaucrats are undertaking “probably the most difficult task we have ever given ourselves, which is to intentionally transform the [global] economic development model.” Her incredible admission underscores what another high-ranking IPCC official said several years ago: “Climate policy has almost nothing to do anymore with environmental protection. The next world climate summit is actually an economy summit, during which the distribution of the world’s resources will be negotiated.”

Why would any sane families or nations consign their fates to such insane, perverse arrangements? The arrangements are being imposed on them, through force, fabrication and fraud.

Poor, middle and working class families will get little but more layoffs, further reductions in living standards and longer postponement of dreams. But meanwhile Climate Chaos, Inc. (Big Green, Big Government, alarmist scientists, crony corporatist “green” energy companies, and allied universities and scientific groups) will become richer, gain more control over our lives and livelihoods, and rarely be held accountable for the damage they cause. Retracting their “dangerous manmade climate change” tautologies would endanger their money, power and reputations.

That’s why their hypotheses, assertions, intentions and computer models always trump reality. It’s why they are increasingly vicious and relentless invilifying realist scientists who challenge their “97% consensus” and “manmade climate catastrophe” mantras – and in demanding that the news media ignore experts and analyses that do not toe the Climate Chaos line. They denigrate realists as “climate deniers” (deliberately suggesting Holocaust denial) and “oil industry shills” (while hiding their own suspect ethics, data “adjustments,” and Big Green billion-dollar Russian and other funding sources).

Realists get precious little (or no) oil money and constantly underscore the role of climate change throughout Earth and human history. What we contest is the notion that climate and weather fluctuations today are manmade, unprecedented and dangerous. Alarmists deny that Earth’s climate is often in flux, solar and other natural forces drive weather and climate, and atmospheric carbon dioxide plays only a minimal role. Real-world evidence demolishes virtually every alarmist claim.

The climate reality record is presented in a readable, thought-provoking new book, About Face: Why the world needs more CO2; The failed science of global warming, by U.S. economist Arthur Hughes, Australian geologist Cliff Ollier and Canadian meteorologist Madhav Khandekar. Sea level is rising at only1.5 mm per year now (six inches per century), they note, and there is zero evidence that the rate is escalating or that coastal communities are at risk. Nor is “ocean acidification” a legitimate problem.

Alarmists use it to replace other disproven scares with a new panic. Earth’s oceans have never been acidic. They are mildly alkaline. Their enormous volumes of water cannot become acidic – that is, plummet from an 8.2 pH level 150 years ago and their current 8.1 pH into the acidic realm of 7.0 or lower, due to the tiny amount of atmospheric CO2 attributable to fossil fuel use, in less than five centuries.

The tiny effect of rising CO2 levels on climate contrasts sharply with their enormous benefits to plant growth and agriculture. Not only is more CO2 “greening” deserts, forests and grasslands; it is increasing grain and food yields worldwide, and helping people in developing nations live longer, healthier lives.

Greenland and Antarctic ice sheets are not in danger of collapsing, the About Face authors demonstrate; in fact, they are growing. Similarly, contrary to another scare, extreme weather events are not increasing.

No Category 3-5 hurricane has struck the United States for a record nine years, and Earth’s temperature has not budged for 18 years. Claims that 2014 was “the hottest year on record” are based on airport and urban measurements that are higher than rural locations and are always “adjusted” upward, with year-to-year differences measured in hundredths of a degree. Outside those areas, for most of the world – the 70% of Earth’s surface that is oceans and 85% of land area that is mountains, deserts, grasslands, tundra, and boreal or tropical rain forests – practically no data exist. So NASA and other alarmists falsely extrapolate from their manipulated urban data to fill in massive gaps for the other 95% of the Earth.

Meanwhile, the U.S. Northeast is suffering through record snows and its lowest winter temperatures in 20 years, and America’s East Coast air has been 25-30 degrees F below normal. England’s winter death rate this year is almost one-third higher than normal: nearly 29,000 deaths in a two-week period in January, largely because people can no longer afford to heat their homes properly, due to UK climate policies.

What’s really going on? Our sun “has gone quiet again, during what is likely to be the weakest sunspot cycle in more than a century,” dating back to 1906, says Vencore weather analyst Paul Dorian.

Alarmists don’t want to talk about that – or about what is happening in Asia. BP’s Energy Outlook 2035 report forecasts that China’s oil, natural gas and coal use will increase by some 50% and its carbon dioxide emissions by 37% over the next 20 years. India’s energy production will soar 117% – with fossil fuels accounting for 87% of all demand in 2035, and its CO2 emissions also skyrocketing. So even if the USA and EU eliminated fossil fuels, atmospheric carbon dioxide would continue to climb.

Climate alarmists want the newspaper and television media to ignore this information and the “skeptics” who might present it. Bill Nye “the science guy” recently asked MSNBC to link all weather events to climate change. “Just say the words climate change” when you talk about this winter’s cold and snow,” he begged Joy Reid. A new study shows how widespread these repulsive practices have become.

A George Mason University analysis found that U.S. media outlets “pretty much” agree that climate change “is real, it’s happening, and we’re responsible. That debate is over,” quoting one journalist. As a result, “critics are no longer being interviewed,” the study said. In the view of “mainstream” media outlets, getting or presenting both sides on the climate issue is a “false balance.” At least one news organization now has an explicit editorial policy “discouraging reporters from quoting climate change deniers in environment or science coverage,” the Washington Examiner noted.

Media reputations are at stake. They’ve been in bed so long with the Climate Chaos complex that acknowledging the critical role of natural forces, the expertise of climate realists, the debate that still rages, or the Grand Canyon between climate crisis claims and real-world evidence would destroy what little credibility the media still has. It would also start the collapse of the Climate Chaos house of cards.

But the real stakes are much higher. They are the businesses, jobs, families, living standards and liberties that are increasingly threatened if President Obama, EPA, Big Green and the United Nations remain free to impose their climate and energy agenda. Responsible governors, state legislators and members of Congress must get involved, block these actions, and roll back the destructive policies.

Madeline Leesman
Libs of Tik Tok Kicked Off Instagram
Madeline Leesman
News Report Baselessly Fear Mongers How Easy It Is to Buy a Firearm: 'Like Ordering Groceries'
Julio Rosas
We Know Why Police Didn't Breach the Classroom to Confront Texas Shooter...And They Admit It Was a Mistake
Matt Vespa