Saving Lives in the Middle East 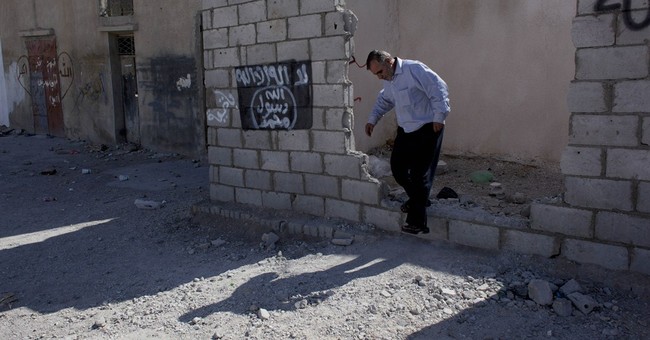 Some Yazidi and other Christian communities trace their Syrian and Iraqi roots back nearly 2,000 years. Now they are being systematically exterminated. Not merely driven out. Exterminated – along with Jews, Baha’is and even Muslims insufficiently fundamentalist to suit Islamic State (ISIS) butchers.

While they have not yet attained the scale of Nazi and Communist slaughters, these Islamofascist savages may have surpassed their Twentieth Century predecessors in depravity. They ask terrified children, “Who wants to be beheaded first?” then butcher them in front of the others. They bury people alive. Islamist “soldiers” teach little boys how to slice the heads off every man in “enemy” Syrian tribes. They torture and rape girls and women, before selling them into slavery, prostitution or forced marriage – and demand that surviving women dress “modestly” in black robes, gloves and veils, and be banned from school and public life. They sell their victims’ blood and organs, to finance still more weapons and atrocities.

One of the few safe havens for those who escape is Israel, which provides security, education, healthcare, jobs and religious freedom. Another million-plus refugees have fled to camps and streets in Turkey, whose government and people have become exhausted from trying to feed, clothe and shelter so many that Turkish military forces are now preventing Syrians from entering the country. American, European, Middle Eastern and other promises of weapons and aid have been too little, too late or simply not kept. Even the UN’s World Food Program has barely enough money to feed refugees beyond mid-January.

Terrorized multitudes unable to reach safety in Israel or Turkey are caught between Islamic State hordes and slow, painful deaths from starvation, disease and freezing winter temperatures. Many escaped with only the clothes they were wearing. Many precarious lives have been sustained only because RUN Ministries operates “Community of Hope” refugee camps and safe houses in the region.

These people have seen their relatives hung, shot, beheaded, crucified or beaten to death. They have left everything behind and been hunted down like animals. It they are able to escape, they travel by day and sleep in fields by night, hoping to reach a safe shelter – and hoping it has food, water, blankets, medicines and tents to share. By November 2014, Virginia-based RUN (Reaching Unreached Nations) was protecting 26,000 refugees; by the end of December, the number had skyrocketed to 100,000!

But as president Eric Watt says, it costs some $250,000 to build one Community of Hope camp and equip it with sufficient supplies to last 30 days for 1,000 men, women and children. Merely providing warm blankets costs tens of thousands of dollars. Contributions are sorely needed to save more lives.

In early December, RUN volunteers were forced to ask refugees who had already been in a camp more than a month to move out, at least for awhile, so that newly arrived families could be fed and protected. That would mean going back into the rocky fields, often without even blankets to keep warm at night.

“Please don’t make us leave,” parents pleaded. “If we leave, we are afraid our children will die.”

Mr. Watt recounted the story of Alyssa, a 28-year-old woman whose family was liquidated by ISIS death squads. “After my family was killed, I was kidnapped and brought to a terrorist camp, with more than 100 new widows my age,” she said. “We were forced to become ‘wives’ to these men. If we tried to leave, they would torture us. The other widows told me to obey everything these men said, if I wanted to live. Every night, a man would beat and rape me, and during the day we were forced to cook for the ISIS fighters. Many nights, the men would take turns with us and do very bad things.”

Eventually, Alyssa escaped – but with no family, income or future without RUN’s help, and our aid.

So far, the vaunted “international community” has done little. It has been quick to vilify and condemn Israel for “occupying” Palestinian land and “oppressing” Muslims. But it has done little to stop these Islamic State butchers from annihilating Christians and any others who resist. The “coalition of the willing” has been small and futile. It has provided insufficient aid, only muted outrage, and no calls for boycotts, divestment and sanctions for countries aiding and abetting ISIS or ignoring its depredations.

RUN Ministries has built six now-overflowing Community of Hope camps in Northern Iraq and is raising funds to construct four more. It’s purchased 5,000 water filters, to protect people against water-borne diseases, and countless thousands of heavy blankets. It fears that ISIS will continue murdering Yazidis until their millennia-old community is wiped out, and the Middle East is completely cleansed of “infidels.”

Until just a few months ago, Halan was a Yazidi elder, responsible for forty families. When Islamic State neared their village, he led the families into the mountains, where they built smaller makeshift homes that they hoped would be hidden and safe. But the butchers found them. “Their leaders told the terrorists to save bullets,” Halan said. “So they used big knives to cut men’s heads off and chop their bodies into pieces.” They murdered all the men, took the women and left him for dead.

“I had nothing left, and my heart was broken,” he wept. But he found a RUN camp, which took him in.

However, the new Holocaust is continuing, and growing. Thankfully, other private sector organizations have also stepped forward. Gleaning for the World, likewise based in Virginia, collects food, clothing, medicine, medical supplies, furniture and many other items; loads them on pallets; and ships them by air, sea and truck all over the world. Forbes magazine has rated it “the most efficient charity in America.”

Gleaning has now teamed up with Glenn Beck’s Mercury One Foundation and other faith-based organizations, Reverend Davidson notes, to raise money and send even more supplies to Iraq, Syria and Turkey. ISIS has trapped some 500,000 desperate people – and is indoctrinating and training teenage boys to become incredibly vicious terrorists. The stupider ones become suicide bombers, while others are groomed to live in foreign countries and launch coordinated or lone-wolf attacks.

These butchers are an existential threat to families, human rights and religious communities everywhere – not just in Iraq, Syria or the Middle East, but in the United States, Europe and throughout the world.

Only intensified allied military campaigns can stop, roll back and obliterate Islamic State terrorists. However, we private citizens can play vital roles: raising our voices, demanding action, and supporting RUN Ministries,Gleaning for the World, Mercury One and other organizations that are doing everything they can to prevent yet more horrific murders, slavery and ethnic cleansing.

There are few better ways to step forward … and begin your 2015 giving … than by helping now.