Executive Fiats in the Other Washington 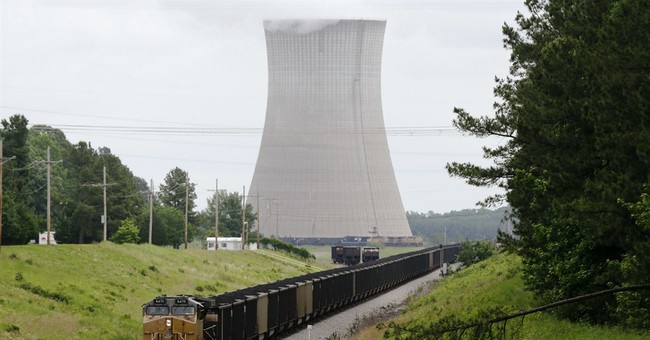 Progressives believe in free speech, robust debate, sound science and economics, transparency, government by the people and especially compassion for the poor – except when they don’t. These days, their commitment to these principles seems to be at low ebb … in both Washingtons.

The standards require that conventional vehicle fuels be blended with alternative manmade fuels said to have less carbon in their chemical makeup or across the life cycle of creating and using the fuels. They comport with political viewpoints that oppose hydrocarbon use, prefer mass transit, are enchanted by the idea of growing fuels instead of drilling and fracking for them, and/or are convinced that even slightly reduced carbon dioxide will help reduce or prevent “dangerous manmade climate change.”

LCFS fuels include ethanol, biodiesel and still essentially nonexistent cellulosic biofuels, but the concept of lower carbon and CO2 naturally extends to boosting the number of electric and hybrid vehicles.

Putting aside the swirling controversies over natural versus manmade climate change, its dangers to humans and wildlife, the phony 97% consensus, and the failure of climate models – addressed in Climate Change Reconsidered and at the Heartland Institute’s Climate Conference – the LCFS agenda itself is highly contentious, for economic, technological, environmental and especially political reasons.

California has long lead the nation on climate and “green” energy initiatives, spending billions on subsidies, while relying heavily on other states for its energy needs. The programs have sent the cost of energy steadily upward, driven thousands of families and businesses out of the state, and made it the fourth worst jobless state in America. Governors Jerry Brown, John Kitzhaber and Jay Inslee (of California, Oregon and Washington, respectively) recently joined British Columbia Premier Christy Clark in signing an agreement that had been developed behind closed doors, to coordinate policies on climate change, low carbon fuel standards and greenhouse gas emission limits throughout the region.

California and BC have already implemented LCFS and other rules. Oregon has LCFS, but its law terminates the program at the end of 2015, unless the legislature extends it. As that seems unlikely, Mr. Kitzhaber has promised that he will use an executive order to impose an extension and “fully implement” the state’s Clean Fuels Program. “We have the opportunity to spark a homegrown clean fuels industry,” the governor said, and he is determined to use “every tool at my disposal” to make that happen. He is convinced it will create jobs, though experience elsewhere suggests the opposite is much more likely.

Mr. Inslee is equally committed to implementing a climate agenda, LCFS and “carbon market.” If the legislature won’t support his plans, he will use his executive authority, a state-wide ballot initiative or campaigns against recalcitrant legislators – utilizing support from coal and hedge fund billionaire Tom Steyer. Indeed, Inslee attended a closed-door fundraiser in Steyer’s home the very day he signed the climate agreement. The governor says he won’t proceed until a “rigorous analysis” of LCFS costs and technologies has been conducted, but he plans to sole-source that task to a liberal California company.

Their ultimate goal is simple. As Mother Jones magazine put it, “if Washington acts strongly on climate, the impact will extend far beyond Washington…. The more these Pacific coast states are unified, the more the United States and even the world will have to take notice.”

But to what end? In a world that is surging ahead economically, to lift billions out of abject poverty and disease – with over 80% of the energy provided by coal, oil and natural gas – few countries (or states) are likely to follow. They would be crazy to do so. Supposed environmental and climate benefits will therefore be few, whereas damage to economies, families and habitats will be extensive.

The Oregonian says the LCFS is “ultimately a complicated way of forcing people who use conventional fuels to subsidize those who use low-carbon fuels. It’s a hidden tax to support ‘green’ transportation. It will raise fuel prices … create a costly compliance burden … [and] harm Oregon’s competitiveness far more than it will help the environment. And that assumes it works as intended.” It will not and cannot.

LCFS laws will raise the cost of motor fuels by up to 170% over the next ten years – on top of all the other price hikes like minimum wages and the $1.86 trillion in total annual federal (only) regulatory compliance costs that businesses and families already have to pay – the Charles River Associates economic forecasting firm calculates. If these LCFS standards were applied nationally, CRA concluded, they would also destroy between 2.5 million and 4.5 million American jobs.

Ethanol gets 30% less mileage than gasoline, so motorists pay the same price per tank but can drive fewer miles. It collects water, clogs fuel lines, corrodes engine parts, and wreaks havoc on lawn mowers and other small engines. E15 fuel blends (15% ethanol) exacerbate these problems, and low-carbon mandates (“goals”) would likely require 20% ethanol and biodiesel blends, trucking and other groups point out.

Biofuels harm the environment. America has at least a century of petroleum right under our feet, right here in the United States, but “renewable” energy advocates don’t want us to lease, drill, frack or use that energy. However, the per-acre energy from biofuels is minuscule compared to what we get from oil and gas production. In fact, to grow corn for ethanol, we are already plowing an area bigger than Iowa – millions of acres that could be food crops or wildlife habitat. To meet the latest biodiesel mandate of 1.3 billion gallons, producers will have to extract oil from 430 million bushels of soybeans – which means converting countless more acres from food or habitat to energy.

Moreover, biofuels bring no net “carbon” benefits. In terms of carbon molecules consumed and carbon dioxide emitted over the entire planting, growing, harvesting, refining, shipping and fuel use cycle, ethanol, biodiesel and other “green” fuels are no better than conventional gasoline and diesel.

Put bluntly, giving politicians, bureaucrats and eco-activists power over our energy would be even worse than having them run our healthcare system and insurance websites. Spend enough billions (much of it taxpayer money) on subsidies and propaganda campaigns – and you might convince a lot of people they should pay more at the pump and grocery store, and maybe lose their jobs, for illusory environmental benefits. But low-carbon mandates are a horrid idea that must be scrutinized in open, robust debate.

Fiats are fun cars to drive. Executive fiats are dictatorial paths to bad public policy.
WATCH: Buttigieg Tells a Pro-Life Woman She Has No Place In the Democratic Party
Beth Baumann