Just Assume We Have a Climate Crisis 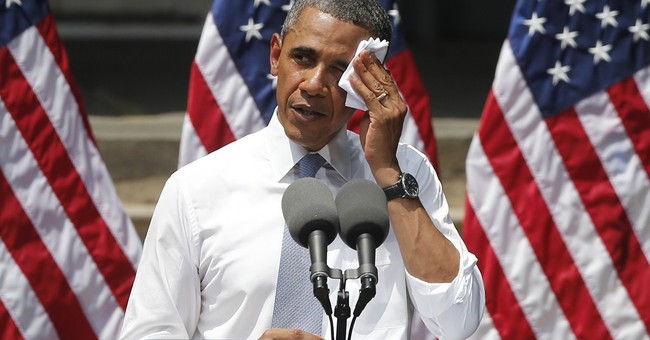 Climate modelers and disaster proponents remind me of four guys who were marooned on an island, after their plane went down. The engineer began drawing plans for a boat; the lumberjack cut trees to build it; the pilot plotted a course to the nearest known civilization. But the economist just sat there. The exasperated workers asked him why he wasn’t helping.

“I don’t see the problem,” he replied. “Why can’t we just assume we have a boat, and simply leave?”

In the case of climate change, those making the assumptions demand that we act immediately to avert planetary crises based solely on their computer model predictions. It’s like demanding that governments enact laws to safeguard us from velociraptors, after Jurassic Park scientists found that dinosaur DNA could be extracted from fossilized mosquitoes, and brought the “terrible lizards” back to (Hollywood) life.

Climate models help improve our conceptual understandings of climate systems and the forces that drive climate change. However, they are terrible at predicting Earth’s temperature and other components of its climate. They should never be used to set or justify policies, laws or regulations – such as what the Environmental Protection Agency is about to impose on CO2 emissions from coal-fired power plants.

Even our best climate scientists still have only a limited grasp of Earth’s highly complex and chaotic climate systems, and the many interrelated solar, cosmic, oceanic, atmospheric, terrestrial and other forces that control climate and weather. Even the best models are only as good as that understanding.

Worse, the models and the science behind them have been horribly politicized. The Intergovernmental Panel on Climate Change was ostensibly organized in 1988 to examine possible human influences on Earth’s climate. In reality, Swedish meteorologist Bert Bolin and environmental activist groups wanted to use global warming to drive an anti-hydrocarbon, limited-growth agenda. That meant they somehow had to find a human influence on the climate – even if the best they could come up with was “The balance of evidence suggests a discernible human influence on global climate.” [emphasis added]

“Discernible” (ie, detectable) soon metamorphosed into “dominant,” which quickly morphed into the absurd notion that greenhouse gas (GHG) emissions have now replaced natural forces and become the only factors influencing climate change. They are certainly the only factors that climate activists and alarmists want to talk about, and use to generate scary “scenarios” that are presented as actual predictions of future calamities – while they attempt to silence debate, criticism and skepticism.

They predict, project or forecast that heat waves will intensify, droughts and floods will be stronger and more frequent, hurricanes will be more frequent and violent, sea levels will rise four feet by 2100 [versus eight inches since 1880], and forest fires and other natural calamities will be worse than ever before.

Natural forces obviously caused the Medieval Warm Period, the Little Ice Age and the Pleistocene Ice Ages. (A slab of limestone that I dug up has numerous striations – scratches – left by the last mile-thick glacier that covered what is now my home town in Wisconsin.) After long denying it, the IPCC finally acknowledged that the LIA did occur, and that it was both worldwide and an agricultural disaster.

However, the models and computer algorithms the IPCC and EPA rely on still do not include the proper magnitude of solar cycles and other powerful natural forces that influence climate changes. They assume “positive feedbacks” from GHGs that trap heat, but understate the reflective and thus cooling effects of clouds. They display a global warming bias throughout – bolstered by temperature data contaminated by “urban heat island” effects, due to measuring stations being located too close to human heat sources. They assume Earth’s climate is now controlled almost entirely by rising human CO2/GHG emissions.

It’s no wonder the models, modelers and alarmists totally failed to predict the nearly-18-year absence of global warming – or that the modeled predictions diverge further from actual temperature measurements with every passing year. It’s no wonder modelers cannot tell us which aspects of global warming, global cooling, climate change and “climate disruption” are due to humans, and which are the result of natural forces. It’s hardly surprising that they cannot replicate or “hindcast” the global temperature record from 1950 to 1995, with reasonable or acceptable accuracy – or that they are wrong almost every time.

In 2000, Britain’s Met Office said cold winters would be a thing of the past, and “children just aren’t going to know what snow is.” The 2010 and 2012 winters were the coldest and snowiest in centuries. In 2013, Met Office scholars said the coming winter would be extremely dry; the forecast left towns, families and government agencies totally unprepared for the immense rains and floods that followed.

In 2007, Australia’s climate commissioner predicted Brisbane and other cities would never again have sufficient rain to fill their reservoirs. The forecast ignored previous drought and flood cycles, and was demolished by record rains in 2011, 2013 and 2014. Forecasts of Arctic and Antarctic meltdowns have likewise ignored the long history of warmer and colder temperatures and ice buildups and breakups.

The Bonneville Power Administration tried to cover all the bases in its latest report, saying global warming would cause Columbia River Basin snowpack to melt faster, future precipitation to fall as rain, reservoirs to be overwhelmed – and water levels to be well below normal year round. Meanwhile, President Obama insists that global temperatures will soar, wildfires will be more frequent and devastating, floods and droughts will be more frequent and disastrous, rising seas will inundate coastal cities as Arctic and Antarctic ice shelves melt and disintegrate, and 97% of scientists agree.

And still the IPCC says it has “very high confidence” (the highest level it assigns) to the supposed agreement between computer model forecasts and actual observations. Meanwhile, climate researchers and modelers from Nebraska, Penn State, Great Britain and other “learned institutions” continue to focus on alleged human influences on Earth’s climate. They know they will likely lose their government, foundation and other funding – and will certainly be harassed and vilified by EPA, environmentalists, politicians, and their ideological and pedagogical peers – if they examine natural forces too closely.

The modelers owe it to all of us to get it right – so that we can predict, prepare for, mitigate and adapt to whatever future climate conditions nature (or humans) might throw at us. They cannot possibly do that without first understanding, inputting and modeling natural factors along with human influences.

Above all, these supposed modeling experts and climate scientists need to terminate their biases and their evangelism of political agendas that seek to slash fossil fuel use, “transform” our energy and economic systems, reduce our standards of living, and “permit” African and other impoverished nations to enter the modern era only in a “sustainable manner,” as callous elitists often insist.

The climate catastrophe camp’s focus on CO2 is based on the fact that it is a byproduct of detested hydrocarbon use. But this trace gas (a mere 0.04% of Earth’s atmosphere) makes life on this planet possible. More carbon dioxide means crops, forests and grasslands grow faster and better. CO2’s role in climate change is speculative – and contradicted by real-world measurements, observations and history.

Computer models, scenarios and predictions of planetary Armageddon are little more than faulty, corrupt, even fraudulent pseudo-science. They have consistently forecast what has not happened on Planet Earth, and failed to forecast what did happen.

They must no longer be allowed to justify EPA’s job-killing, economy-strangling, family-bashing rules for vehicles, power plants, cement kilns, refineries, factories, farms, shopping malls and countless other facilities that are or soon will be regulated by agency fiat.