Science and Journalism Take a Vacation 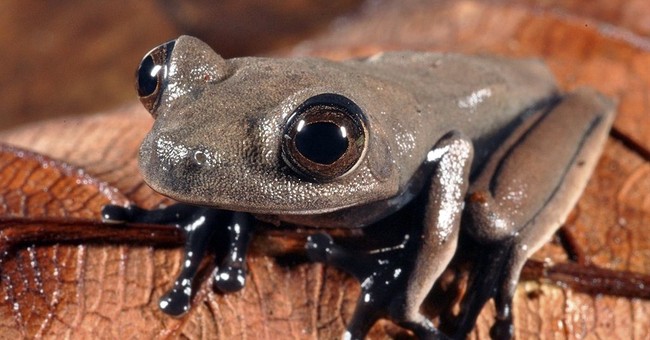 A recent Times of London article claimed new “research” demonstrates that a “chemical onslaught is destroying Britain’s amphibians.” A “toxic cocktail,” it stated, is killing UK frogs, toads and newts.

Manmade chemicals “can affect animals’ immune systems – leaving them vulnerable to attack by fungi, bacteria and other infections,” it continued, citing statements by two scientists. Laboratory experiments show that pesticides have a “powerful effect on amphibian immune systems, even at low concentrations,” causing diseases that have been around for decades to “suddenly become much more deadly.”

And not just for amphibians, the story added. “Some fear the same effects could extend to humans, who are exposed to numerous manmade chemicals, in food, drinks and the air.”

It concluded by quoting Elizabeth Salter Green, director of CHEM Trust, which the Times said sponsored the so-called research. “There is mounting evidence that exposure to even tiny levels of these [agricultural pesticides and urban] chemicals can compromise the immune system. The European Union needs to take a lead on both identifying and controlling the risks,” she insisted.

The story certainly sounds plausible. However, as Baltimore journalist H. L. Mencken observed, “There is always a well-known solution to every human problem – neat, plausible, and wrong.” Indeed, there are ample reasons for skepticism. The Times “news story” underscores what happens when genuine science and objective journalism take a vacation, on chemicals, medicine, global warming and other topics.

CHEM Trust is financially supported by and promotes the work of Greenpeace, an organization that co-founder Patrick Moore says has become “anti-science, anti-technology and anti-human.” Greenpeace fabricated claims that Shell Oil’s Brent Spar production platform contained tons of oil, toxic wastes and radioactive materials, to attract donations and ensure that the platform was not sunk as an artificial reef.

The Rainbow Warriors spend tens of millions of dollars opposing pesticide spraying to prevent malaria that kills nearly a million people annually; Golden Rice, the genetically modified grain that contains a Vitamin A precursor that can save millions of developing world children from blindness and death; and fossil fuels that enhance and safeguard lives in countries everywhere. Canada refused to grant charitable status to Greenpeace, due to its repeated falsehoods, politicized activities and lack of “public benefit.”

Had CHEM Trust been an industry-funded organization, the Times would almost certainly have noted that affiliation, regardless of how scrupulous and transparent the research might have been. Author Jonathan Leake’s failure to mention the Greenpeace connection reflects his (and the Times) tendency to promote environmentalist views and assertions as straightforward, unimpeachable science.

The CHEM Trust paper wasn’t even research. It was an advocacy brief – a summary of research papers and conclusions carefully selected to support claims that chemicals pose unacceptable risks to wildlife and humans. As the document itself suggests, its ultimate purpose is to secure even more draconian changes in EU chemicals policy and legislation, which already reflect the “precautionary principle.”

That vague and arbitrary “principle” focuses on the risks of using chemicals – but never on the risks of not using them. It spotlights risks that a chemical might theoretically cause, but ignores the risks that it would clearly reduce or prevent. It is another potent weapon for anti-technology activists: Whatever they support complies with the precautionary principle; whatever they oppose violates it.

Just as bad, the Times article was apparently based on exclusive access to the embargoed report. This shabby willingness to be used as an activist mouthpiece is reminiscent of the now-infamous 2012 Seralini “study.” Giles-Eric Seralini is a well-known anti-biotechnology activist associated with a lobbying group that released a paper purporting to prove that genetically modified foods cause cancer in rats.

Accompanied by gruesome photographs of lab rats with massive tumors, the study was released under an “embargo” to selected journalists, who signed an agreement not to show the paper to outside scientists before the story hit the newspapers and airwaves. That meant the journalists could not seek unbiased comments or provide any balance or corrections to the activist storyline.

New York Times blogger Carl Zimmer called the episode “a rancid, corrupt way to report about science.” Nevertheless, many “mainstream” publications took Seralini up on his offer, including Agence France Presse and Reuters. Within 24 hours after the embargo was lifted, independent scientists piled on, exposing almost every aspect of the “study” as flawed, and even dishonest and fraudulent. One said the story was “designed to frighten” people, and the author and editors “should be ashamed.”

But Seralini got the headlines he wanted. So did Greenpeace and CHEM Trust.

Making this latest debasement of science and journalism even more disturbing is that fact that the “toxic cocktail” of agricultural and urban chemicals is merely the latest in a long line of “studies” that activists have offered as “proof positive” that modern technologies are destroying amphibians and nature. Previous alleged perpetrators have included pesticides alone, acid rain, ozone depletion and global warming – whatever was fashionable at the time, and whatever activist groups calculated would attract donations, expand their political power, and help enact punitive laws and regulations.

Some species develop resistance to pesticides, but meanwhile the real causes of disappearing amphibians receive insufficient study and attention, to address the problem in time to prevent more extinctions.

For example, a year ago the Washington Post ran a dramatic story about scientists in the Panamanian rainforest desperately trying to save dwindling frog species. “Where there once was a crazy cacophony of frog song,” its reporters wrote, there is now only “a spooky quiet. The streams have gone silent.” The golden frog, Panama’s animal mascot, has not been seen since 2009.

However, these rainforests are as pristine as habitats can get. There are virtually no pesticides or other chemical pollutants. Disease is the real culprit, in this case Batrachochytrium dendrobatidis, the “Bd fungus,” which has been decimating amphibians in Panama, the USA and elsewhere for years.

For several decades, African clawed frogs were imported into the United States and other countries as pets, for scientific research and as pregnancy tests (they ovulate when injected with a pregnant woman’s urine). Unfortunately, because these frogs are largely immune to the Bd fungus, they are effective carriers of this devastating non-native disease. (So are Pacific tree frogs.) As they escape or are released into the wild, and then migrate further, into other habitats, they spread the fungus; people hiking in those habitats pick the fungus up on their boots and shoes, spreading it even further. Clawed frogs have been implicated in the decline or extinction of some 200 frog species worldwide.

Native to eastern North America, American bullfrogs are raised as food and pets in factory farms in the US, China and other countries. They too are largely immune to Bd and other chytrid skin fungus diseases, which cause amphibians’ skins to thicken and lead to cardiac arrest, and thus have been major carriers.

In high enough concentrations, pesticides can kill amphibians, fish and other wildlife. It is also possible that lower concentrations of pesticides and other chemicals might reduce immunities to fungal and bacterial agents. But it’s dangerous to base conclusions on cherry-picked studies disseminated by CHEM Trust and Greenpeace. As to genetic deformities and other abnormalities, the same chemicals may be responsible – but so too might other ubiquitous chemicals that rarely get mentioned in activist press releases or media stories, because it wouldn’t be politically correct: namely, birth control medicines that are flushed down toilets or discharged in urine, especially around urban centers. The jury is still out.

Good science and journalism must make clear what is verifiable fact; what is simply hypothesis, conjecture or rank opinion; and what is outright, disingenuous activist advocacy. The Times of London writers were either snookered or willing dupes. Either way, its credibility has been seriously undermined.