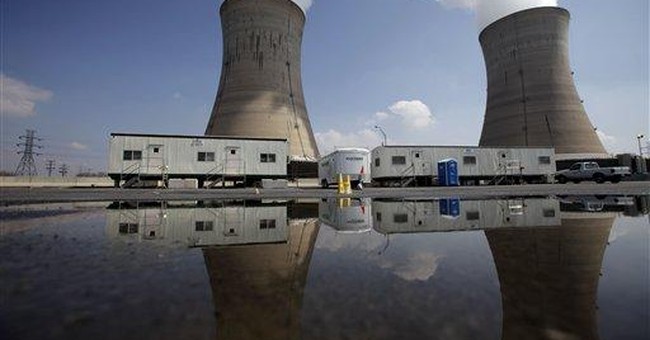 America is diving into a Marianas Trench of red ink. There is barely a digit of black anywhere on the balance sheet, and spendthrift lawmakers are closing off numerous sources of positive revenue.

On the spending side of the ledger, the White House and Congress enacted a $700-billion financial bailout, followed by an earmark-laden $787-billion “stimulus” law and plans to ladle out $1.6 billion in federal government bonuses in 2009. Then came a $3.5 trillion FY 2010 budget, and the prospect of $9.3 trillion in total indebtedness over the coming decade.

A March 31 Bloomberg study found that the Treasury Department, Federal Reserve, FDIC and HUD have thus far obligated generations of Americans to $12.8 TRILLION in debt. That’s 90% of our nation’s entire 2008 Gross Domestic Product!

It’s more accrued debt than 43 previous administrations combined, and it doesn’t include the US share of the $1.1 trillion “global stimulus” devised by the Group of 20, to be administered by professional spenders at the International Monetary Fund – or the cost of servicing these debts.

Taxes will soar, to pay off these debts – and cover new levies on everything we do.

2,600 delegates recently flew greenhouse-gas-spewing jetliners to Bonn for another five-star-hotel UN climate change confab, envoy Todd Stern announced that the White House is “seized with the urgency” of tackling runaway global warming. Looming on the horizon is a hulking 648-page House climate change bill, with equally monstrous Senate and EPA versions waiting in the wings.

President Obama wants energy prices to “skyrocket,” to coerce Americans to slash carbon dioxide emissions 80% below 1990 levels by 2050 – to levels last seen in 1905! He says cap-and-trade will “raise” $656 billion between 2012 and 2019, to fund green energy, green job and other government programs. The National Economic Council and other analysts put the tax bite at $1.3 to $3.0 trillion.

This is not monetary manna. It is a massive wealth transfer – extracted from every hydrocarbon-using business, motorist and family, and doled out by Congress and bureaucrats to politically favored constituencies. These all-intrusive energy taxes will hit poorest households hardest.

Cap-and-tax will also clobber manufacturing and heavy-industry jobs. Twenty states get 60-98% of their electricity from coal. They form our manufacturing heartland, and every increase in electricity prices will result in more businesses laying off workers or closing their doors, more jobs sent overseas, more homes forced into foreclosure, more families into welfare, and more school districts, hospitals and churches into whirlpools of red ink.

Soaring gasoline and natural gas prices will do likewise.

And for what? Hundreds of climate scientists say CO2 plays little or no substantive role in climate change. They point out that even total elimination of US carbon dioxide emissions would quickly be offset by emissions from China, India and other rapidly developing nations.

Thankfully, sensible Republicans and Democrats are raising red flags about these economy-killing proposals. But a White House/EPA rulemaking would require no congressional vote – and they’re reportedly going to drop that bombshell this month.

On the revenue side, the situation is equally irresponsible. Lock up the best and tax the rest, is the motto. Whether it’s oil and natural gas (onshore or off), coal or coal-to-gas, shale oil or uranium, Congress and the White House are making America’s best prospects off limits. They are imposing punitive taxes and regulations on prospects that aren’t in no-access categories, to curtail development.

That means rejecting trillions in potential bonus, rent, royalty and tax revenues that could help pay for this spending binge.

Developing just our off-limits oil and gas resources in the ANWR, OCS and Rockies could generate over $1.7 trillion in government revenue and create 114,000 new jobs, a recent ICF International study concluded. The petroleum would eliminate one-fifth of the nation’s $350-700 billion annual oil imports bill. Developing all US oil and natural gas resources on federal lands could generate $4 trillion.

The American Energy Alliance and other experts say the benefits would be even greater. And this is just conventional oil and gas revenue. It does not include trillions more in revenues from oil shale, tar sands, methane hydrates, coal, uranium and other deposits that Congress, bureaucrats, judges and green activists have conspired to put off limits to the American taxpayers and consumers who own them.

It does not consider the regulatory stranglehold on coal and nuclear power plant construction – and thus on jobs and revenues that those projects and their energy would provide.

This is Real Energy, Real Revenue, Real Employment. Hydrocarbons and nuclear generate 93% of all the energy that safeguards our jobs, health, living standards and national security. With 90% reliability, they turn on the lights and make America work and prosper.

And they are being closed down – to be “replaced” by pixie dust energy from wind turbines and solar panels that now meet barely 1% of our total energy requirements.

Wind turbines actually generate electricity only 2-6 hours a day, on average. They are built and operated only because of billions in taxpayer subsidies. And they require large swaths of land and prodigious amounts of concrete, steel, copper and fiberglass: 700 tons for each 1.5 MW turbine – plus enormous additional quantities for natural-gas-fired electrical generators that kick in every time the wind dies down.

Solar is even further away from making a perceptible contribution to our energy needs.

But their rights are being trampled on, by partisan totalitarians whose decrees violate America’s sacred traditions of open, robust debate, sound science and economics, and majority opinion on critical issues. Whatever happened to the cooperation, bipartisanship, ethics and social responsibility voters thought they were electing last fall?

Trump Is Going Out of His Way to Campaign Against This Republican
Townhall
WaPo's headline for the 'Biden stimulus' gets compared to state media outlets around the world
Twitchy
Joe Biden's Handlers Let Him Out, and Things Are Not Fine
Redstate
Judges Gone Wild: Missouri Judiciary Makes Telenovelas Look Humdrum
PJ Media