Mega Droughts and Other Climate Scare-Tactics 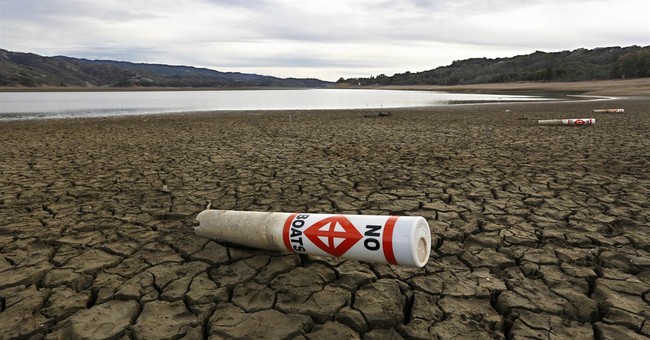 Global Science Report is a feature from the Center for the Study of Science, where we highlight one or two important new items in the scientific literature or the popular media. For broader and more technical perspectives, consult our monthly “Current Wisdom.”

On Page 3 of Friday’s Washington Post is (yet another) lurid climate story, this time about mega-droughts of several decades that are going to pop up in the Pacific Southwest around 35 years from now. The findings are based upon the UN’s climate model suite that, according to our presentation to the American Geophysical Union, is in the process of failing, because it just isn’t warming at the rate they project. Here, for example, is a graphic from John Christy and Dick McNider of the University of Alabama-Huntsville, showing the growing disparity. The work cited in the Post ignores this teensy-weensy little problem and, instead drives the models with the UN’s biggest scenario for future carbon dioxide emissions, something that natural gas, which emits much less carbon dioxide than coal when used for electrical generation, is in the process of burying.

Droughts in the Pacific Southwest are usually broken by the big pacific climate oscillation known as El Niño. They occur every four to eight years or so. So, in order to have decades of drought, there has to be decades without El Niños.

The overdriven, overheated climate models used in this study cannot simulate them with any degree of realism.

That’s why, in the Post article, study co-author Toby Ault

had a word of caution. Weather conditions can vary, climate impacts can be mitigated, and the warnings of the study might not come to pass. A single El Niño weather pattern in the West could interrupt periods of prolonged drought.

At least younger climate scientists like assistant professor Ault are getting wiser. The fates willing, he’s going to live another 35 years, and we hope much longer. And when those pesky El Niños (along with many other potential co-conspirators) destroy the forecast of gloom and doom, he’ll be able to say that he warned that could happen, because the models his team used didn’t have a good handle on them.