Patrick Bobko
|
Posted: Sep 13, 2019 9:19 AM
Share   Tweet
The opinions expressed by columnists are their own and do not necessarily represent the views of Townhall.com. 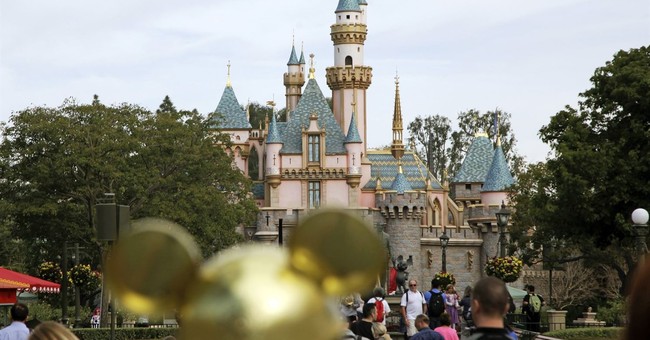 Not long ago I went to Disneyland with a friend and his young family who were visiting from out-of-town. His two boys, aged 6 and 9, were thrilled in the way only a 6 and 9 year-old who are about to enter the happiest place on Earth can be. They buzzed with the knowledge that Mickey and Minnie and Pirates and a Haunted Mansion were only minutes away.

And that’s when it hit me.

As we stood at the entrance waiting to shell out more than $100 each for our tickets it occurred to me that “Democratic Socialists” think of America in exactly the same way my friends’ kids think about Disneyland.

The country’s growing ranks of Marx’s admirers are more than willing to enjoy the wondrous benefits, products, and near-infinite spectrum of services that have been created, paid for, and maintained by a complex system they do not understand and cannot appreciate.

For example, my friend’s children have no concept of cost. And why would they, they’re kids! From their perspective, they get to see Donald Duck and Goofy and scream their little hearts out as they zip through Space Mountain because Dad puts a card into a little box, punches a few buttons, and when he’s finished a person in the kiosk lets them into the park. The hours of work their Dad performed to earn the money that paid for the tickets is beyond them. The money spent on lunch and snacks and parking and a custom-built lightsaber means nothing to them. Ideas about work and value are as foreign and meaningless to the kids as Euclidean algebra.

It is likewise impossible for them to conceive of what is required for the park to function. The minute planning, operational expertise, and engineering prowess that goes into providing the same world-class experience to the estimated 44,000 people who visit the park each day is absolutely staggering. From the technical witchcraft involved in programming life-like animatronic characters to traffic flow engineering that moves thousands of cars in and out of the park to the supply chain specialists who ensure the Jungle Cruise tour guides have the right kinds of blanks in their revolvers, the everyday details involved in making the park work are breathtaking and innumerable.

What’s more, each of those details has to occur at precisely the right time, in the proper sequence, day-in and day-out, every day.

The millions and millions of details that make the park work cannot be legislated to completion. Nor can anyone simply decree that these things occur regardless of whether the person is an elected official, Chairman of Disney’s corporate board, or King Canute.

Perhaps most importantly, the children don’t appreciate the investment - and risk - involved in producing everything they see around them.

For example, there’s no way for them to know that Disney invested $1 billion on the park’s newest Star Wars-themed attraction. That’s real money Disney earned and invested to grow its business at a time when attendance at the company’s domestic theme parks was down.

Which brings us back to where we began.

Take healthcare, for example. Does anyone who hears Uncle Bernie describe his plan to take our system down to the proverbial studs and then recreate it according to his ideas of fairness and equity get the impression he has anything more than a superficial understanding of the system?

Or is it more believable that the Uncle Bernie and the Democratic Socialists, like my friend’s kids at Disneyland, only see the miraculous advances in healthcare without any apparent appreciation for the dizzyingly complex, difficult, and risk-laden system that makes it all possible?

Or, to paraphrase the old saying, it’s easy for a former Brooklyn bartender to perform an appendectomy in Iowa from her posh congressional desk in Washington, D.C.

The same could be said for any of the other industries or sectors of the economy Democratic Socialists aspire to control. One need look no further than California’s housing market to see the perverse and counter-productive effects when Democratic politicians attempt to legislate the free market into conformance with their ideological will.

And there is arguably only a quantitative difference between a child’s failure to appreciate the cost to their parents for a day at Disneyland and the Democratic Socialists’ trillion-dollar plans for the Green New Deal or wiping out student loan debt. For the kids and the Democratic Socialists, cost has nothing to do with the price of eggs. (Or maybe it does, and that’s why Democratic Party apologists are positing new/ancient economic theories to support their grandiose spending plans.)

A stage full of Democratic presidential hopefuls have repeatedly displayed no apparent concern for the seismic waves their proposed expenditures would have on the broader national, and international, economy.

Instead, they persist in childish view that the bounty we enjoy as Americans is foreordained and that it will somehow continue on its current trajectory forever. They also think this bounty will continue regardless of what they do.

The American system is both a fragile, dynamic, and complicated thing, and it is become distressingly clear that the line-up of Democratic Socialists who aspire to lead us have no better understanding of it than my friend’s kids do when they visit Disneyland.

The main difference of course being that if Democratic Socialists win the next election, nobody will mistake America for the happiest place on Earth.