We Are All Deplorables Now

Pat Buchanan
|
Posted: Oct 05, 2018 12:01 AM
Share   Tweet
The opinions expressed by columnists are their own and do not necessarily represent the views of Townhall.com. 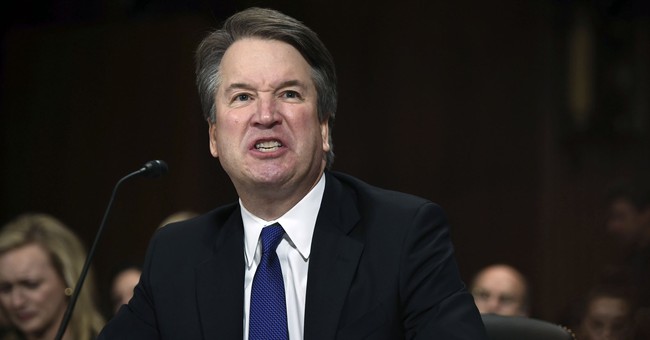 Four days after he described Christine Blasey Ford, the accuser of Judge Brett Kavanaugh, as a "very credible witness," President Donald Trump could no longer contain his feelings or constrain his instincts.

With the fate of his Supreme Court nominee in the balance, Trump let his "Make America Great Again" rally attendees in Mississippi know what he really thought of Ford's testimony.

By now the Mississippi MAGA crowd was cheering and laughing.

Since that day three years ago when he came down the escalator at Trump Tower to talk of "rapists" crossing the U.S. border from Mexico, few Trump remarks have ignited greater outrage.

Commentators have declared themselves horrified and sickened that a president would so mock the testimony of a victim of sexual assault.

Yet, in tossing out the "Catechism of Political Correctness" and treating the character assassination of Kavanaugh as what it was, a rotten conspiracy to destroy and defeat his nominee, Trump's instincts were correct, even if they were politically incorrect.

This was not a "job interview" for Kavanaugh.

In a job interview, half the members of the hiring committee are not so instantly hostile to an applicant that they will conspire to criminalize and crush him to the point of wounding his family and ruining his reputation.

When Sen. Lindsey Graham charged the Democratic minority with such collusion, he was dead on. This was a neo-Bolshevik show trial where the defendant was presumed guilty and due process meant digging up dirt from his school days to smear and break him.

Our cultural elites have declared Trump a poltroon for daring to mock Ford's story of what happened 36 years ago. Yet, these same elites reacted with delight at Matt Damon's "SNL" depiction of Kavanaugh's angry and agonized appearance, just 48 hours before.

Is it not hypocritical to laugh uproariously at a comedic depiction of Kavanaugh's anguish, while demanding quiet respect for the highly suspect and uncorroborated story of Ford?

Ford was handled by the judiciary committee with the delicacy of a Faberge egg, said Kellyanne Conway, while Kavanaugh was subjected to a hostile interrogation by Senate Democrats.

In our widening and deepening cultural-civil war, the Kavanaugh nomination will be seen as a landmark battle. And Trump's instincts, to treat his Democratic assailants as ideological enemies, with whom he is in mortal struggle, will be seen as correct.

Consider. In the last half-century, which Supreme Court nominees were the most maligned and savaged?

Is it a coincidence that Nixon in Watergate, Reagan in the Iran-Contra affair, and now Trump in Russiagate, were all targets of partisan campaigns to impeach and remove them from office?

Consider what happened to decent Gerald Ford who came into the oval office in 1974, preaching "the politics of compromise and consensus."

To bring the country together after Watergate, Ford pardoned President Nixon. For that act of magnanimity, he was torn to pieces by a Beltway elite that had been denied its anticipated pleasure of seeing Nixon prosecuted, convicted and sentenced to prison.

Trump is president because he gets it. He understands what this Beltway elite are all about -- the discrediting of his victory as a product of criminal collusion with Russia and his resignation or removal in disgrace. And the "base" that comes to these rallies to cheer him on, they get it, too.

Since Reagan's time, there are few conservatives who have not been called one or more of the names in Hillary Clinton's litany of devils, her "basket of deplorables" -- racist, sexist, homophobic, xenophobic, Islamophobic, bigoted, irredeemable.

The battle over Kavanaugh's nomination, and the disparagement of the Republicans who have stood strongest by the judge, seems to have awakened even the most congenial to the new political reality.

We are all deplorables now.

Share this on Facebook
Tweet
Whitmer Faces Backlash After Husband Reportedly Asked For Special Treatment in Boating Request Despite Her Travel Warning
Leah Barkoukis
Ric Grenell Claps Back at German Politician Who Says He's Leaving Ambassadorship in Shame
Cortney O'Brien
Here's What Happens When Someone Goes Shopping Without a Mask In a Coronavirus Hot Spot
Beth Baumann
West Speaks Out After Motorcycle Accident: 'I Just Thank God I Was Able to Make it Through'
Leah Barkoukis
Does This CDC Study Deliver the Knockout Blow in the COVID Lockdown Debate?
Matt Vespa
WHO Puts a Halt to Clinical Trials of Drugs Used to Treat the Coronavirus
Beth Baumann