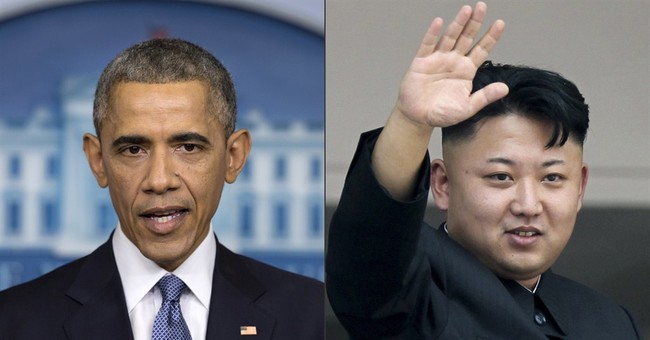 In July of 1870, King Wilhelm sent Foreign Minister Bismarck an account of his meeting with a French envoy who had demanded that the king renounce any Hohenzollern claim to the Spanish throne.

Bismarck edited the report to make it appear the Frenchman had insulted the king, and that Wilhelm rudely dismissed him. The Ems Telegram precipitated the Franco-Prussian war Bismarck wanted.

Words matter. And if a picture is worth a thousand words, how much greater impact can a motion picture have? We are finding out.

The depiction of enslaved Jews building the pyramids and Moses parting the Red Sea to enable the Jews to flee and drown the Egyptian army is false, says Asfour. Historians date the pyramids to around 2540 B.C., 500 years before Abraham, the father of Judaism.

Paramount's "Noah" was banned in Egypt, Indonesia and Malaysia, for taking liberties with the Quran.

Islamabad is in an uproar over the Showtime series, "Homeland," where Pakistani intelligence services are portrayed as colluding with Islamists trying to kill ex-CIA director Saul Berenson and station chief Carrie Mathison. In the season's final episodes, the U.S. cuts ties to Pakistan and closes the embassy.

The Showtime series "maligns a country that has been a close partner and ally of the U.S.," a Pakistani embassy spokesman told the New York Post, and "is a disservice not only to the security interests of the U.S., but also to the people of the U.S."

The 2014 "Homeland" finale was aired just after 140 Pakistani school kids were massacred in Peshawar by the Taliban.

Islamabad is "a quiet picturesque city with beautiful mountains and lush greenery," said one Pakistani, yet is "portrayed as a grimy hellhole and war zone where shootouts and bombings go off with dead bodies scattered around. Nothing is further from the truth."

Angrier than Egypt or Pakistan is North Korea over Sony's "The Interview." Why would a film company owned by the Japanese, who are not beloved in Korea, think it would be a great fun to make a comedy out of a CIA plot to assassinate North Korea's head of state?

The North Koreans are serious people. They massacred half of the South Korean cabinet in the Rangoon bombing. They have brought down airliners and sunk warships without warning. They have plotted to assassinate South Korea's president.

Their megalomaniac ruler, Kim Jong-Un, just had his uncle-mentor executed, along with his family. Kim has atom bombs and seeks to miniaturize them to put atop missiles able to reach the United States.

He is the most erratic and dangerous ruler on the planet and this assassination-comedy is just the thing to set him off.

Says Adam Cathcart, a North Korea expert at Leeds University, "In North Korea it's more or less a fait accompli that the Americans are trying to kill our leader." To sustain its Stalinist dynasty, says the Washington Post, Pyongyang has created a "personality cult that is anything but a laughing matter."

In retaliation for "The Interview," North Korea, says the FBI, hacked into Sony's computers, published confidential emails and threatened retaliation against any who showed the film.

The North has repeatedly denied it hacked into Sony. But it now appears the U.S. has retaliated by disrupting Internet service in North Korea, much to the cheers of the War Party, which wants President Obama to put the Hermit Kingdom back on the list of state sponsors of terror.

There is an aspect of reckless immaturity here.

While the Wall Street Journal thinks it would be fun to send DVDs of "The Interview" by balloon into the North, the Washington Post says possession of the film there would be regarded as treasonous, and could bring a death sentence.

No one denies Sony the right to produce a comedy about blowing up Kim Jong Un. Nor was anyone denying theaters or Internet sites the right to show it. What Sony seemed to want was to produce a movie that made the assassination of a dictator appear hilarious, but to be exempt from any consequences.

But we live in a world today where if you produce cartoons of the Prophet with a bomb for a turban, or disparage Islam in videos, books or movies, you can get yourself and others killed.

Dutch filmmaker Theo Van Gogh was butchered in Amsterdam by an enraged Muslim for "Submission," a 10-minute film that excoriated Islam's treatment of women.

In this weekend's Washington Post, Joe Califano, a confidant of President Johnson, writes of how the new film "Selma" demeans LBJ's crucial role in enacting the Voting Rights Act of 1965.

To enrich itself, Hollywood is playing games with religious beliefs and historical truths -- and making enemies, not all of whom believe in turning the other cheek.