Oliver North and David Goetsch
|
Posted: May 11, 2021 12:01 AM
Share   Tweet
The opinions expressed by columnists are their own and do not necessarily represent the views of Townhall.com. 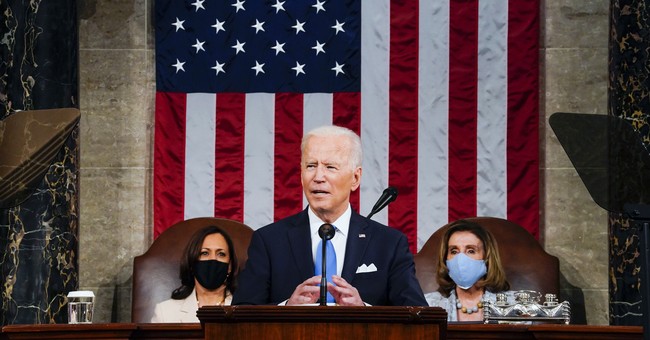 What has Joe Biden accomplished in his first 100 days as president? His performance on domestic issues has been underwhelming to say the least. But Biden's foreign policy blunders are potentially disastrous.

The Biden-Harris administration "open borders" policy is a nightmare on our southern frontier. Hundreds of thousands of undocumented migrants -- many of them children -- have flooded into Texas, Arizona, New Mexico and California. The imagery of thousands of children crammed into cages, huddled beneath aluminum-foil "survival blankets" will haunt us for years.

But Biden's blunders in foreign and defense policy are far more likely to have immediate and long-lasting consequences for the American people.

The Biden administration's mid-March 2021 summit in Anchorage, Alaska, with representatives of the People's Republic of China, was an unmitigated disaster. The vaunted Biden foreign policy team -- Secretary of State Tony Blinken and national security adviser Jake Sullivan -- never raised questions about how a virus, originating in the PRC, caused a global pandemic, killing millions. They barely mentioned the brutal suppression of democracy in Hong Kong, the genocide wrought against Uighur Muslims, Beijing's wholesale theft of intellectual property or the PRCs outright threats to Taiwan, the Philippines, Vietnam and Japan.

Biden's decision to reopen talks with Tehran over the Joint Comprehensive Plan of Action -- known as the Iran Nuclear Deal -- is widely viewed by Israel and our Arab friends in the Middle East as appeasement for the Ayatollahs. By doing so, Biden has increased the chance of a future nuclear conflict between Iran and Israel, which could quickly engulf the entire planet in much the same way political blunders ignited World War I, and appeasing Fascist Germany, Italy and Japan led to World War II.

The most recent Biden blunder is his mishandling of the withdrawal of American forces from Afghanistan. Not only did he give the enemy the exact date by which American troops would be out of this troubled country, but also he has turned his back on more than 17,000 Afghan interpreters -- most of whom risked their lives in combat with U.S. units.

Scores of "terps" have been killed and wounded while serving side-by-side with American soldiers, sailors, airmen and Marines in this long war. More than 500 Afghan citizens who worked as interpreters, translators and logistics facilitators with U.S. forces have been killed in the last three years. Leaving these loyal men and women and their families behind to be tortured and slaughtered by murderous Taliban and al-Qaida thugs is more than a foreign policy blunder; it is a despicable act of moral cowardice.

The "terp problem" is the easiest Biden foreign policy blunder to fix. Sign an executive order directing the Departments of State and Defense to waive provisions of the Special Immigrant Visa program, and put the interpreters -- and their families -- on U.S. military aircraft to fly them to safety.

Where? How about temporary facilities on an overseas U.S. military base -- say on Guam. We've done that before in the aftermath of the Mariel boatlift in 1980 when Jimmy Carter provided shelter and security for more than 125,000 Cuban refugees.

Doing such a rescue now for loyal Afghan "terps" could prevent scenes at our U.S. embassy in Kabul similar to the one in May 1975 in Saigon.

Oliver L. North is a combat-decorated U.S. Marine, No.1 bestselling author, and founder and CEO of Fidelis Publishing LLC and Fidelis Media LLC. He has seen brave "Terps" on more than 60 "embeds" with U.S. and allied units. Find out more about him at www.olivernorth.com. David L. Goetsch is a Marine Corps veteran, member of the Florida Veterans Hall of Fame, professor of business, Christian counselor and author of 76 books.